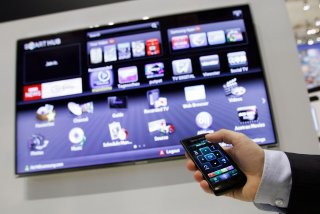 Of U.S. households that have access to broadband, more than two-thirds own at least one connected video device, whether it’s a smart TV, streaming media player, gaming console or other similar, non-mobile device.

That’s according to Connected Entertainment Ecosystems: Competition & Cooperation, a new report released this week by research firm Parks Associates. Furthermore, those numbers are from the third quarter of 2019, and there’s reason to believe they have risen again since, especially with the coronavirus shutdowns.

The Parks study says that 6.4 million U.S. consumers “cut the cord” in the year 2019, and that number increased by another 2 million in the first quarter of 2020.

“The connected entertainment space is moving towards a smartphone model, in which a handful of platform players control the operating system, UX, and consumer access to services and features,” Kristen Hanich, Senior Analyst, Parks Associates, said in the announcement.

According to the data released by Parks Associates, around 45 percent of the households surveyed owned a smart TV as of the third quarter of 2019, compared with about 30 percent four years earlier. Just over 25 percent have a streaming media player, while just over 20 percent did in 2015.

The study also looks at the current products and strategies of such tech companies as Amazon, Apple, Comcast, Google, Roku, Samsung, and Sony.

“Major changes in content distribution and consumption are affecting the CE market, notably the rise of OTT services and decline in pay-TV subscriptions,” Hanich said in the announcement.

“The increasing fragmentation in the content services market means there’s no single path to reach consumers. These factors, along with the consumer demand to access their content when and where they are, are pushing the connected entertainment market slowly but steadily in favor of open ecosystems where consumers can access most, if not all, of the services they want on the device they want regardless of which platform they decide to use.”