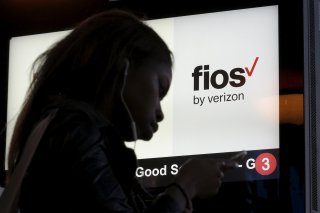 Verizon and New York City, just before Thanksgiving, reached a settlement in a long-running dispute over the installation of Fios in the nation’s largest city.

The city had sued in Verizon in 2017, per The New York Post, accusing the company of reneging on an agreement reached in 2008, under Mayor Michael Bloomberg, to make Fios available as an option to everyone in New York City. That followed an audit by the city which showed that many areas of the city were not wired for Fios service.

The November deal, announced by Mayor Bill de Blasio, was described in the mayor’s press release as “ensuring that Verizon builds out its FiOS footprint to 500,000 additional households, making high-speed fiber broadband available to more New Yorkers.” The deal is meant to combat what the mayor’s office describes as an effective cable and broadband monopoly, in many areas of the city.

The deal is meant to ensure that the Fios capability is available in lower-income areas of the five boroughs.

“Internet access is an economic right in New York City, no matter your ZIP code. Tech giants will not stand in our way to deliver high-quality broadband to New Yorkers—they must be a part of the solution,” Mayor de Blasio said in the announcement. “COVID-19 has further exposed the inequalities in internet access while changing the way New Yorkers work, learn, and live. We will continue to hold any corporation that fails to deliver on its promise to New Yorkers accountable.”

The announcement went on to list several areas that “have the most to gain from this settlement,” including three districts in the Bronx, four in Brooklyn, three in Manhattan and one in Queens. Those districts will contain 125,000 of those being helped by the settlement.

“The New York City Internet Master Plan makes clear the need for more options in parts of the five boroughs that have been historically underserved by industry. This settlement will lead to more choice for New Yorkers, particularly those most vulnerable to the health and economic impacts of the COVID-19 pandemic,”  John Paul Farmer, the chief technology officer for New York City, said in the statement. “With a focus on COVID-priority neighborhoods and an eye on racial equity, the City is working in unprecedented ways with large companies, small startups, and community-based organizations to increase choice, lower costs, and put New York City on the path to universal broadband.”

Verizon will also be required to provide quarterly progress reports.

Like many companies in the pay TV space, Verizon has been losing video subscribers, while gaining broadband customers. In the third quarter of the year, the company lost 61,000 of the former and added 139,000 of the latter.