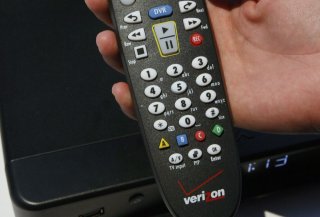 As the pandemic has continued throughout 2020, long-gestating cord-cutting trends have accelerated. And that’s included Verizon Fios, which offers video over fiber-optic lines.

Verizon’s Fios business lost 84,000 video subscribers in the first quarter of the year, and another 81,000 in the second quarter. And in its third-quarter earnings, released Wednesday, the company announced that it lost another 61,000.

The change, the company said, is “reflecting the ongoing shift from traditional linear video to over-the-top offerings.”

Overall Verizon, per CNBC had a better quarter than expected, in terms of earnings per share, although revenue was below analyst expectations.

The company reported total consolidated operating revenues of $31.5 billion, down 4.1 percent from the same period in 2013. This was attributed by the company to “ lower customer activity and the timing of certain device launches,” the latter of which was presumably a reference to the 2020 iPhone lineup arriving in the fourth quarter this year rather than the third.

Also during the quarter, Verizon reopened all of its company-operated retail stores, with social distancing restrictions in place.

“We continue to demonstrate our strength and resilience by delivering very strong third-quarter financial results,” said Verizon Chairman and CEO Hans Vestberg said in the company’s earnings release. “We are energized by the transformational technology that our 5G Ultra Wideband and 5G nationwide bring. Our purpose-driven culture paired with our network leadership will shape the future, for the better."

As of August, Verizon had sold more than 50 percent of 5G smartphones in the U.S. to date, which was attributed to Verizon having begun selling such phones earlier than most of it’s competitors. However, the 5G smartphone market is about to reset in a big way with the arrival on the market this week of the first 5G iPhones. Verizon also released the first-ever 5G laptop available in the U.S., earlier this summer.

Back in April Vestberg, Verizon’s CEO, noted that talk of 5G technology being dangerous was “fake news.”

"There is no correlation at all between 5G and coronavirus,” Vestberg told CNBC.