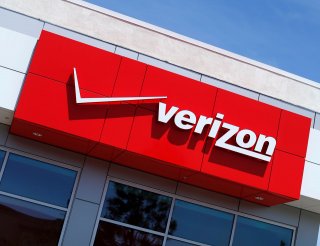 When Verizon announced its second quarter earnings Friday, the company revealed that it lost another 81,000 Fios Video subscribers, after losing 84,000 in the first quarter. Verizon had lost around 52,000 Fios subscribers in the second quarter of 2019.

The losses, Verizon said, were “reflecting the ongoing shift from traditional linear video to over-the-top offerings.”

The company did add 10,000 Fios Internet customers, which it said was “limited” as coronavirus restrictions prevented more installations from taking place.

“Through extraordinary circumstances, Verizon delivered a strong operational performance in the second quarter,” Verizon Chairman and CEO Hans Vestberg said in the announcement. “We remain focused on our strategic direction as a technology leader, quickly adapting to the new environment and providing our customers with reliable and vital connections and technology services, while working to keep our employees safe and accelerating our 5G network deployment.

“We have embraced, engaged in and responded to important social movements happening throughout the world, and will continue to be at the forefront of initiatives that move the world forward for everyone. We are proud of what we have done, and continue to do, for our customers, shareholders, employees, and society.”

Verizon Media, the segment that owns such media outlets as Huff Post, Engadget, and Yahoo, posted revenue of $1.4 billion, down 24.5 percent from the second quarter the year before.

In early July, Verizon began offering free access to Disney+ and Hulu, for certain new subscribers to Fios. Fios also reached a deal to bring HBO Max its existing HBO subscribers, in time for that service’s launch in May.