HBO Max Coming to Fios and Cox Subscribers at Launch 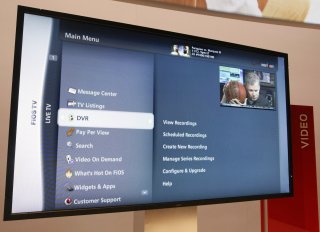 AT&T's Warner Media is set to launch its new HBO Max streaming service a week from today. And the company has made an announcement about greater access to the new service at launch.

Warner Media has made deals with Verizon, Microsoft, Sony, Cox, Altice and other companies to make HBO Max available to a greater number of potential subscribers at launch.

The headline is that Warner has reached an agreement with Verizon to make HBO Max available at no extra cost to current HBO and HBO Max subscribers to Fios TV and Internet. Customers, the announcement said, will continue to receive their existing HBO channels and streaming capabilities. New subscribers will also be able to purchase HBO Max directly from Verizon.

Cox Communications has announced a similar deal, to give Cox Contour’s existing HBO subscribers access to the new service, as has Altice. And a similar agreement has been reached with the National Cable Television Cooperative (NCTC), which represents such smaller cable providers as WOW!, Atlantic Broadband, RCN, Grande Communications & Wave.

Deals had previously been announced with AT&T, Apple, Charter, Google, Hulu, and YouTube TV. Notably, missing from the list? Comcast, and Amazon.

The company has also not yet made a deal with Roku to make HBO Max available on Roku platforms at launch, but Variety reported Wednesday that the parties are in talks for such an agreement.

"While we don’t typically comment on specific deal terms or negotiations, the fact is that in this instance while we believe that HBO Max would benefit greatly from distribution on Roku at launch, we do not currently have an agreement in place," Roku said in a statement to Variety, to whom it had confirmed that the talks were ongoing.

However, it does not appear that there's any chance HBO Max will be available to Amazon Fire customers at launch.

The deals are likely to give HBO Max a large distribution platform and high subscriber numbers, when the service launches on May 27.

Stephen Silver, a technology writer for The National Interest, is a journalist, essayist, and film critic, who is also a contributor to Philly Voice, Philadelphia Weekly, the Jewish Telegraphic Agency, Living Life Fearless, Backstage magazine, Broad Street Review and Splice Today. The co-founder of the Philadelphia Film Critics Circle, Stephen lives in suburban Philadelphia with his wife and two sons. Follow him on Twitter at @StephenSilver.