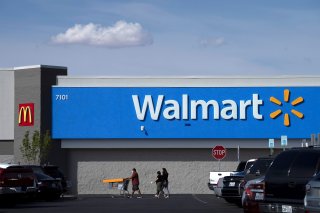 In the battles between streaming services, an underrated aspect is which buttons get included on TV remotes. TV manufacturers have been putting Netflix buttons on remotes going back to 2011, Business Insider reported during CES that year, allowing users to hit the button and immediately open Netflix on their TV. Roku was the first manufacturer to build the buttons in.

In the years since, other streaming services have added similar buttons, often as a result of deals with the manufacturers. A Disney+ button appeared on some Roku remotes, not long after that service’s launch last year. My Roku remote, which is several years old, contains buttons for Netflix, Amazon, Hulu and Rdio, an audio-based app whose parent company folded in late 2015.

Now, one manufacturer is reportedly taking a button off of its TV remotes, and they’re allegedly doing it under pressure from a rival.

The Information reported over the weekend that Walmart has leaned on major TV manufacturer Vizio to remove the Amazon Prime Video button from its TV remotes and replace it with a different button. The Desk reported that Vizio has agreed to the demand, although its not clear whether that will apply to all Vizio TVs, or just those sold at Walmart.

Vizio’s current remotes, per The Desk, include buttons from Netflix, Vudu, Crackle, Xumo and iHeart Radio, as well as Amazon Prime Video.

Walmart is reportedly launching its own competitor to Amazon Prime, called Walmart+, Recode reported earlier this year. Walmart’s website currently states that “Walmart+ is almost here but you don’t have to wait to show the world how good you are at saving money.”

Recode had said that Walmart+ would launch in July, although that month came and went without an announcement. The new service is said to cost $98 per year-about $20 less than Amazon Prime -  and include same-day grocery delivery, fuel discounts, and early product deals.

Vizio, a U.S.-based company, in June unveiled its latest lineup of 4K TVs, including its first OLED TVs.