Walmart+, Walmart’s Amazon Prime Rival, Is Said to Be Delayed 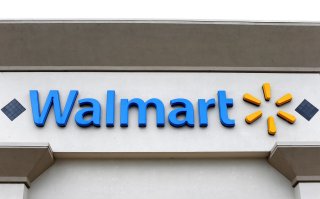 Walmart, in recent months, has been said to be working on a rival to Amazon Prime, in which loyal Walmart customers can pay a subscription fee and get special deals. The service, called Walmart+, had been expected to arrive in July, but that month came and went without an announcement.

Recode reported Tuesday that Walmart has delayed the launch of Walmart+. It’s not clear when it may arrive, but this is not the first delay as the service had originally been expected to arrive in the spring, but was pushed back due to coronavirus.

The report said that whenever Walmart+ launches, it will cost $98 a year, and will include a variety of perks, including same-day delivery of groceries and other products, early access to deals, and discounted gasoline. A Walmart+-branded credit card is likely to arrive at some point as well.

Walmart’s website says that “Walmart+ is almost here but you don’t have to wait to show the world how good you are at saving money.”

The service is also expected to have a video content component, although likely not a full-on streaming service like Amazon Prime Video.

The Information reported earlier this week that, ahead of the expected rivalry between Walmart+ and Amazon Prime, Walmart pressured Vizio to remove the Amazon Prime Video from the remotes on its TVs.

Meanwhile, in mid-July, Walmart joined other major retailers, including Best Buy, in requiring masks for all customers in-store. At the time of that announcement, about 65% of the chain’s 5,000 or so Walmart and Sam’s Club stores were located in areas of the country with mask mandates.

“While we’re certainly not the first business to require face coverings, we know this is a simple step everyone can take for their safety and the safety of others in our facilities,” Dacona Smith and Lance de la Rosa, the chief operating officers of Walmart and Sam’s Club, wrote in a blog post. “According to the CDC, face coverings help decrease the spread of COVID-19, and because the virus can be spread by people who don’t have symptoms and don’t know they are infected, it’s critically important for everyone to wear a face covering in public and social distance.”