That Was Quick: “Harry Potter” Series is Leaving HBO Max 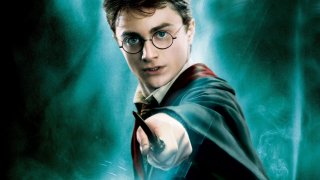 When the HBO Max streaming service launched on May 27, it arrived with a surprise: All eight movies in the “Harry Potter” series. The series, which had not been expected to be available at launch, was added due to a last-minute deal, reports stated at the time.

It appears that the deal that put the movies on HBO Max was a temporary one, because Variety reported Monday that the “Harry Potter” series is leaving the service on August 25, just under three months before it arrived.

Per Variety, the removal of the Potter movies from HBO Max “stems from routine licensing terms,” and is not related to the recent controversies related to Potter creator J.K. Rowling’s views on transgender rights.

The “Harry Potter” movies were all released by the movie studio Warner Brothers, which is part of the same corporation as HBO and HBO Max. But in 2016, Warner sold the “digital and on-air rights” to the movies to Comcast-owned Universal, which is why the series often airs on Syfy and other Comcast channels.

The deal to place “Harry Potter” on HBO Max appeared to have been reached between the two companies immediately prior to the service’s launch- and judging by Monday’s news, it appears to have been a temporary one.

It’s unclear whether the “Potter” movies will now end up on a different streaming service. Comcast’s own Peacock streaming service launched last week, and while there’s been no announcement that the Potter movies will move there, it would have made sense for Comcast to temporarily license the Potter movies to HBO Max right up until shortly after Comcast launched its own service.

HBO Max also reached a last-minute deal with Comcast in May to make the streaming service available to Comcast customers, although HBO Max-like Peacock - remains unavailable to customers who stream through Roku or Amazon.

“Harry Potter” fans, however, will have over a month to get one last binge in of the movies before they shuffle off of HBO Max.