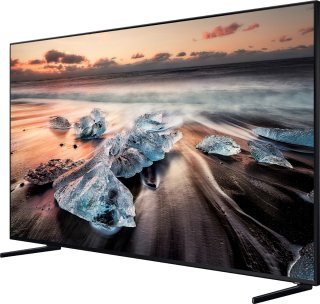 The 8K television category has been around for several years, nearly as long as 4K. Its TVs are advertised as the highest-end products, and most of the major TV manufacturers offer them.

However, 8K hasn’t quite broken through, mostly due to the high price point, and because there’s simply no 8K content available to watch on the TVs, and it’s not likely there will be for several more years. Yes, 4K content can be “upconverted” on 8K models, but that’s not quite worth the price point that can go into the five figures.

Now, a new report from ABI Research says that 8K TV sales have been “sluggish” this year, for those reasons, as well as the postponement of the summer Olympics, which were pushed back to 2021 due to the coronavirus pandemic.

"There had been much anticipation of 8K TV market growth given the 8K broadcast content scheduled for Summer 2020 Olympics. However, 2020 Olympics’ postponement combined with the overall economic downturn has resulted in low 8K TV unit shipments in 2020," said Khin Sandi Lynn, Industry Analyst of ABI Research, said in the report , which the firm called the Media Devices Market Update 2020.

The report also said that consumers are balking at the prices of the TVs.

"Although 8K TV set price points have declined from a year ago, the cost of most 8K TV sets is still relatively high ranging from $3,500 to $30,000. High cost and lack of content will delay 8K TV set adoptions. ABI Research estimates only around 1% of worldwide flat panel TV shipments will be 8K TV sets in 2021," Lynn concluded.

Even so, ABI Research noted, such manufactures as Samsung and LG are continuing to offer 8K TVs, with Samsung even offering promotional prices for its 8K models. TCL has also entered the category.

ABI Research’s study also looked at the impact on the video game business of the coronavirus pandemic. The firm expects that 40 million game consoles will be shipped in 2020, a 6 percent increase from 2019. Much of that is attributed to the rise in gaming hours due to the pandemic, although the arrival of next-generation consoles from Microsoft and Sony are expected to drive sales when they hit the market later this month.