Why Cord-Cutting Is Getting More Expensive (And Way Less Appealing) 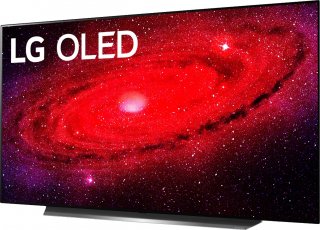 For the last several years, customers by the million have gotten ride of cable, a trend that has only accelerated in the pandemic year of 2020. A big reason why customers have made that choice is that cable and other pay-TV services have gotten more expensive, and relying on Internet plus streaming tends to be cheaper.

However, as time has gone on, it’s cord-cutting itself that’s gotten more expensive.

A new study by CordCutting.com this week found that over time, alternatives to cable have begun to rise in price, both for individual streaming services like Netflix, and for vMVPD services like YouTube TV and Fubo TV.

“Live TV streaming seemed like the perfect antidote to those ever-increasing cable prices. But our analysis suggests that we were a bit too tough on those high-priced cable bundles,” the report said. "Only half a decade into the live TV multichannel experience, we're already seeing live TV streaming bundles bloat and prices soar. The cable alternatives, such as YouTube TV or fuboTV, are starting to look more like cable clones.”

The report found that the problem is less with Netflix and its SVOD streaming service rivals, as Netflix’s price increases have not been large, while Hulu has actually lowered prices over time, although there are now streaming services than there used to be.

It’s the “skinny bundles” that have raised prices much more aggressively, with YouTube TV announcing a 30 percent jump earlier this year, with Fubo TV also raising prices, although Sling TV pledged this summer to freeze its price for a year. In some cases, these price increases have come along with the arrival of new channels.

'Live TV bundles have not exactly been offering the same product for more and more cash, though: They’ve also been reshaping bundles and adding channels. This makes price increases look more justified but also seems to undermine the very reason these services existed in the first place,” the CordCutting report said. “When Sling TV pioneered the idea of a streaming “skinny bundle,” few would have imagined it competing with the not-so-skinny “Premier” package from AT&T TV Now—which includes hundreds of channels and costs $183 per month.”

How did things get this way? The “skinny bundles” are now facing many of the same problems that cable did, which led to the high price of cable that encouraged so much cord-cutting in the first place. All of these companies, after all, are negotiating with the same media companies that own the channels, and if they’re needing to pay what it takes to get the channels, that cost is often being passed along to the customers.