Why the Federal Government is Investigating Tesla's Autopilot System 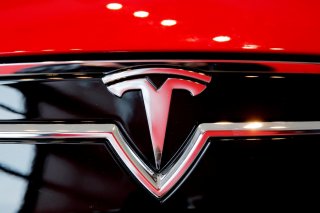 Following a series of incidents involving Tesla’s Autopilot feature, the National Highway Traffic Safety Administration (NHTSA) announced an investigation into the feature. According to Consumer Reports, the probe “will examine how Tesla’s Autopilot system operates, including how it identifies and reacts to obstacles in the road.”

Now, a new report looks at how the investigation will work.

According to CNBC, in a report that cited public records, the probe will compare Tesla’s data to that of several other auto manufacturers and their driver assistance systems. Those will include BMW, Ford, GM, Honda, Hyundai, Kia, Mercedes-Benz, Nissan, Stellantis, Subaru, Toyota, and Volkswagen.

In addition, CNBC said, the probe “could lead to a software recall or more for Tesla, and a broader crackdown on automakers that are selling increasingly sophisticated systems, or who aim to offer driverless cars eventually.”

“Since January 2018, the Office of Defects Investigation (ODI) has identified eleven crashes in which Tesla models of various configurations have encountered first responder scenes and subsequently struck one or more vehicles involved with those scenes. The incidents are listed at the end of this summary by date, city, and state,” the government website for the probe says. The report also listed the specific dates of the incidents, beginning with the one in January 2018 in Culver City, California, and continuing through one this July in San Diego.

“Most incidents took place after dark and the crash scenes encountered included scene control measures such as first responder vehicle lights, flares, an illuminated arrow board, and road cones. The involved subject vehicles were all confirmed to have been engaged in either Autopilot or Traffic-Aware Cruise Control during the approach to the crashes.”

CNBC had reported earlier this month that Tesla must hand over its data to the federal investigators by October 22.

Back in May, a Tesla driver in California was arrested for literal backseat driving, and charged with reckless driving. Using the Autopilot feature, the man sat in the back seat of the car while driving.

“On May 10 at approximately 6:34 p.m., the CHP’s Golden Gate Division Communications Center received multiple 9-1-1 calls regarding an individual seated in the backseat of a Tesla Model 3 without anyone seated in the driver’s seat,” a Facebook post from the California Highway Patrol said. “The vehicle was reported to be traveling eastbound on I-80 across the San Francisco-Oakland Bay Bridge toward the city of Oakland.”

After the CHP gave chase, the man could be seen moving from the back seat of the car to the front.