Why Google’s New Core Web Vitals Are a Big Deal 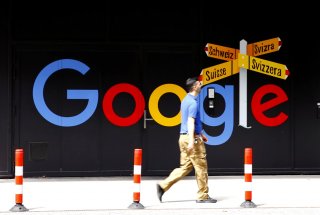 Google announced earlier this summer that it will launch a new algorithm update in 2021, and that the company’s Core Web Vitals will play a part in how sites are ranked.

What are the Core Web Vitals?

They were announced by Google earlier this year, and are described as “a set of real-world, user-centered metrics that quantify key aspects of the user experience. They measure dimensions of web usability such as load time, interactivity, and the stability of content as it loads.”

On Google’s Chromium website, back in May, the Core Web Vitals are described by blog post author Ilya Grigorik, a web performance engineer, as “a common set of signals…  that is critical to all web experiences.”

Per the site, the three main considerations are “Largest Contentful Paint, “First Input Delay,” and “Cumulative Layout Shift.” These measure, respectively, the “perceived load speed,” the responsiveness of the page, and the visual stability. On each, sites are given a score of “Good,” “Needs Improvement” and “Poor.”

Google offers a Chrome UX Report, where owners of websites can assess how their sites measure up.

“We strongly encourage all site owners to gather their own real-user measurement analytics for each Core Web Vital,” Google said in the post. A Web Vitals Javascript library has also been made available, ahead of when the Google search algorithm takes Core Web Vitals into greater consideration.

Google has also said that a six months notice will be provided ahead of any algorithm changes.

A study earlier this month, by a firm called Screaming Frog and cited by Search Engine Journal, found that just 12 percent of mobile and 13 percent of desktop websites surveyed passed a Core Web Vitals assessment within PageSpeed Insights. The survey found that most websites are able to make the First Input Delay benchmark, although fewer than half of them passed the Largest Contentful Paint and Cumulative Layout Shift tests.

Another report, this week, stated that Google is rolling out a “Fast Page” label, on its Chrome browser, to denote sites that meet the Core Web Vitals standard.

Google will discuss these matters, and others, at its upcoming Virtual Webmaster Unconference, which is scheduled to take place virtually on August 26. The event is being held for the first time.