Why J.C. Penney Is Dying A Slow Death 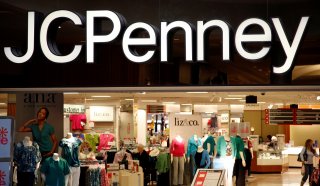 William Henry McManus in 1902. The company, whose locations dot shopping malls around the country, has weathered wars, multiple economic calamities, and numerous changes in the way Americans live and spend.

The company, however, has been seen as declining for the past couple of decades, while failing to deal in any way with the decline of department stores and other brick-and-mortar retail. While the company still operates 800 stores in the U.S., it's been plagued by a failure to adjust its business model for the times.

After closing its stores due to coronavirus, the company was reportedly weighing a bankruptcy filing this week, but it managed to stave that off with a $17 million payment Thursday, Fox Business reported. But J.C. Penney is far from out of the woods.

After nearly a century as one of the leading names in American department stores, J.C. Penney began to seriously decline after the turn of the millennium, especially following the 2008 financial crisis.

This led to the disastrous tenure of CEO Ron Johnson, who was hired after helping to launch Apple's retail stores. Johnson eliminated discounts, in an attempt to appeal to more upmarket customers, but served instead to alienate the company's traditional customer base. Johnson also established a store-within-store concept, which was highly successful when Best Buy did it but didn't work nearly as well for J.C. Penney. Johnson was fired in 2013 after only 17 months as CEO.

The company was even dropped from the S&P 500 Index that same year. While it has undone many of Johnson's initiatives, the company has spent the last few years closing stores and accumulating debt. The company even brought back appliances in 2016 but dropped them again three years later.

In February, even before the shutdowns, J.C. Penney was threatened with delisting by the New York Stock Exchange.

And the coronavirus, of course, has struck J.C. Penney significantly, as the company both closed its stores and was ill-suited to shift its focus to e-commerce. This led to this month when Sephora, the beauty brand that has more than store-within-the-store boutiques in J.C. Penney, announced its intention to exit that arrangement. According to Motley Fool, "Sephora seems to believe J.C. Penney's precarious financial condition harms its brand, and it wants to make a clean break." The two have settled their differences for now.

Meanwhile, U.S. retail sales this month showed their worst report in a half-century.

J.C. Penney's stock actually surged Friday on the news that the company won't be filing for bankruptcy. But even if the overall economy improves, it's hard to see how the company might revive itself and emerge healthy.

Are QVC and HSN Destined to Die?