The Xbox One Death Spiral Has Begun 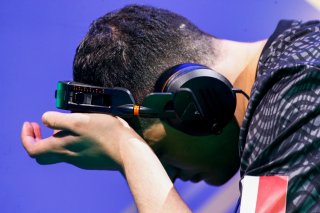 As Microsoft prepares to debut its Xbox Series X later this year, the company announced this week that it is discontinuing two of its older consoles.

“As we ramp into the future with Xbox Series X, we’re taking the natural step of stopping production on Xbox One X and Xbox One S All-Digital Edition,” a company spokesperson told The Verge in a statement. “Xbox One S will continue to be manufactured and sold globally.”

Both were part of the Xbox One generation, which began in 2013. The Xbox One X debuted in 2017, and was focused on rendering games in 4K resolution, while the Xbox One S All-Digital Edition made its debut in April of 2019, omitting the Blu-ray disc drive. The Xbox One S, which survives, has been around since 2016.

The Series X, the upcoming fourth generation of the Xbox console, will arrive at the holidays this year, Microsoft announced last December.

“Xbox Series X will be our fastest, most powerful console ever and set a new bar for performance, speed and compatibility, allowing you to bring your gaming legacy, thousands of games from three generations and more forward with you,” Microsoft said last year. “Its industrial design enables us to deliver four times the processing power of Xbox One X in the most quiet and efficient way, something that is critically important in delivering truly immersive gameplay.”

Also this week, Microsoft’s Xbox product chief, Phil Spencer, laid out in a blog post how the new console will work. The Xbox One X will have backwards compatibility with older games, and that “it’s our intent for all Xbox One games that do not require Kinect to play on Xbox Series X at the launch of the console.” But at the same time, users of older consoles will not be “forced into” the next generation.

The company added that diversity and inclusion will be emphasized, and that harassment and hate will not be tolerated on the platform.

A rival new console, Sony’s PlayStation 5, is also set to debut in time for the holidays this year. Some have mocked its design, comparing it to that of a cable router.