America and Its Allies in the South China Sea: Dangerously Overmatched, Outgunned, and Outranged by China 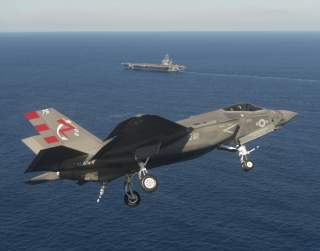 Three books published this year contemplate Asia's most vexing problem. Taken together, they provide a thorough understanding of the contest in the South China Sea. Still, they leave the reader with one large puzzle.

Asia's Cauldron recounts, in Robert Kaplan's readable travelogue style, the fascinating political and economic trajectories of the nations surrounding the South China Sea. A strategic geographer, Kaplan explains why the South China Sea — which from China's perspective is its “Caribbean” but which a divided ASEAN attempts to keep “Mediterranean” — is so crucial. US$5.3 trillion of trade transits the area annually. Economics underpins Kaplan's insight: the divergent developmental performance of adjacent states has tilted the power balance, and this asymmetry has exacerbated the latent tension of the region.

“Latent” because the rich history of the South China Sea fates dispute. Both Kaplan, and Bill Hayton in The South China Sea describe the Malay and Indochinese civilizations that plied these waters before and after Christ's birth. Deng Xiaoping asserted in 1975 that the islands of the South China Sea “have belonged to China since ancient times,” but he mentioned only islands, and definitions of “belong,” “China” and “ancient” are disputable. The successive Chinese dynasties had vacillating interest in maritime trade. Soon after Zheng He's final epic voyage the Europeans turned up. By the 1600s, Grotius and Selden were arguing the legal basis for open versus closed seas, a debate that has reopened again over the islands, reefs and waters of the South China Sea.

(You May Also Like: Machiavelli: Still Shocking after Five Centuries)

Ironically, it was the withdrawal of the European (and Japanese and American) colonists in the 20th century that catalyzed today's disputes.

Most consequential was China's submission of the U-shaped Nine Dash Line in 1947 (subsequently reaffirmed in 2009), an abstract, unprecedented claim of “historical waters.” An unseemly scramble for islands, rocks and reefs followed. China now dominates all the Paracels, wrested violently from Vietnam. As Hayton says, “China was a latecomer to the Spratlys party but each time it has occupied a feature, Beijing's negotiating position has become stronger. What practical benefits has it gained though? Only the negative effect of preventing others from making gains.” Hayton himself is doubtful of the oil and gas reserves inside China's claim. Even fish are at risk of being depleted by over-zealous trawler fleets. The South China Sea tussle is really about power, and the ability of China to deny those waters to others. Both Kaplan and Hayton observe that China's nationalism offers little scope for Beijing to retract its claims, in fact its “salami slicing” is upping the stakes. Could a military conflict ensue?

That is the central topic of Robert Haddock's Fire on the Water. His analysis is clear: the US and its allies are increasingly vulnerable, overmatched, outgunned, and outranged by China, which enjoys great material power and the advantage of proximity.

(You May Also Like: America Must Face Up to the China Challenge)

His conclusion is that the US must adapt its weapons, doctrine and alliances accordingly. He weighs in on the ongoing American debate about “operational concepts” in the western Pacific. A Chinese conflict with Japan is one scenario; the South China Sea certainly is another. Hayton and Kaplan's readers must question the strategic resolve of the Philippines amid its conflicted, incoherent relations with both America and China. In contrast to steely Vietnam and savvier Malaysia, the Philippines' neglect for its own South China Sea interests is downright provocative. Significantly, it remains the only large country in the region not investing in submarines.

Here is the puzzle: why is Asia buying submarines? Smaller countries view subs as the asymmetric leveler, like Samuel Colt's six-shooter, which “made all men equal.” Even when deployed defensively, subs are offensive weapons in nature, unsuited for, say, fisheries patrol, anti-piracy and disaster relief. No, their purpose is to sink ships (especially merchants), intimidate and thereby achieve sea denial. I'm not a naval expert but a businessperson can guess what every prudent shipping line would do before a South China Sea conflict: clear out. It might not be “fire on the water” as Haddock fears, but the eerie opposite: John Keegan's “empty ocean.”

This would be disastrous for East Asia, which is almost entirely dependent on maritime trade. If one day China does really enforce outright sovereignty over the Nine Dash Line (even permitting innocent passage to continue), this will be taken as a direct challenge to the US and the established rules of the open sea. Japan would feel most threatened. Shipping would be diverted away from the Malacca chokepoint to the straits opposite northern Australia (where, as it happens, US Marines recently established a presence). Hayton draws a barely consoling conclusion: China doesn't want a shooting war in the South China Sea, but it gains everything just short of one. Even that could come at a fearful cost. China's “price of admiralty” might be the loss of trillions of dollars in global trade.