America: A Superpower in Search of a Grand Strategy 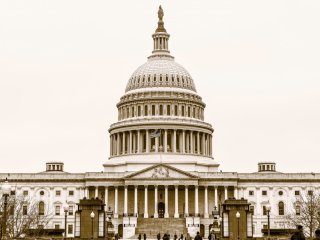 While we might not want to admit it, father time will catch up with us all. But know this: good ideas—especially in the realm of U.S. foreign policy grand strategy—have a shot at standing the test of time. One set of ideas that easily fit into this category: the concept of organizing U.S. foreign policy around the idea of what the late Dr. William C. Martel of the Fletcher School called “restrainment.”

As you might have noticed, Washington has had a tough time since the collapse of the Soviet Union developing something, anything, which looks like an organizing set of principles to guide American foreign policy. Grand strategy is easy when you have a big, bad enemy like mother Russia to guide your strategic thinking. However, as recent history shows us all too well, it becomes much tougher when challenges starting morphing away from easy to identify threats like communism into things like non-state actors, decentralized terrorist organizations, cyber warfare, anti-access/area-denial challenges and authoritarian regimes who want to sweep away the international order for something more to their liking.

Here is where Martel, who sadly passed away one year ago this month after a noble battle against cancer (a disclosure: Martel and I worked together countless times and was a close friend), comes in. In a 2010 piece in the journal Orbis, he argued for a grand strategy of what he dubbed “restrainment.” He described it as “a foreign policy the central purpose of which is to counteract the forces that undermine international peace and security, while lending greater coherence and direction to U.S. policies.” Martel, looking to the recent past, explained that,

“in the absence of a new grand strategy, the United States has relied on policies—ranging from democracy promotion to threats of military preemption—to respond to current challenges. Yet, none of these principles provides useful guidance to policymakers in Washington. One reason is that many states are tired of American lectures on the merits of democracy. Another is that many states are unwilling to be cajoled by Washington’s threats of preemption.”

While the piece is better read in its entirety, Martel lays out three basic principles for his new U.S. grand strategy:

Considering the world in which we live, especially when we ponder Chinese foreign policy changes since 2008 that have sought to dramatically change the status quo, policymakers could easily put many of Martel’s ideas into practice. Martel’s first principle especially:

“The first principle of restrainment is that policymakers should seek to limit, moderate, deter, compel, or hold back the actions of states, organizations, groups, or transnational forces that threaten to disrupt international peace and security. This includes restraining Russia from using its oil and natural gas as a weapon or its military power against its neighbors, including Ukraine or Georgia. Another example would be preventing China from using its growing military power to dominate Asia. A more pressing example, which consumes considerable diplomatic energy, is U.S. policymakers efforts to restrain Iran from developing and deploying nuclear weapons and ballistic missiles.”

After Martel’s article in Orbis, he would continue to refine his ideas on U.S. grand strategy beyond the concept offered in his pitch for “restrainment.” In subsequent follow-up essays in The Diplomat when I was Editor, he would expand his core ideas, but focus his intellectual firepower on what he called “the Axis of Authoritarianism,” laying out a concrete plan of action to restrain actors like Russia, Iran and China from changing the international system in ways that were counter to U.S. and allied interests. As an advisor to the Romney campaign in 2012, his influence can be felt in the Governor’s prophetic words that Russia would become a principal challenge to American foreign policy in the future. Shortly before he passed, Martel would publish a massive history of U.S. Grand Strategy starting from the republic's founding to the present. His final words from that great work are telling:

“If America is to assure its future security and prosperity, we need a new grand strategy that harnesses its peoples’ spirit, sense of optimism, and perseverance to help the nation meet the challenges and grasp the opportunities of this era. This remains the greatest challenge for contemporary scholars and policy makers, and it's one that we cannot lose sight of we are to build a stronger and enduring vision for America's global leadership.”