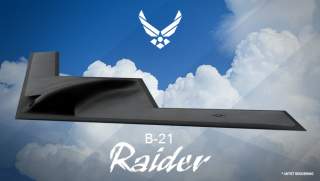 When the Air Force revealed its first artist rendering of what its new Long Range Strike – Bomber looks like, service Secretary Deborah James made reference to plans to engineer a bomber able elude detection from even the best, most cutting-edge enemy air defenses.

"Our 5th generation global precision attack platform will give our country a networked sensor shooter capability enabling us to hold targets at risk anywhere in the world in a way that our adversaries have never seen," James said when revealing the image.

At the same time, advanced in air defense technologies are also leading developers to look at stealth configurations as merely one arrow in the quiver of techniques which can be employed to elude enemy defenses, particularly in the case of future fighter aircraft.  New stealthy aircraft will also likely use speed, long-range sensors and maneuverability as additional tactics intended to evade enemy air defenses - in addition to stealth because stealth configurations alone will increasingly be more challenged as technology continues to advance.