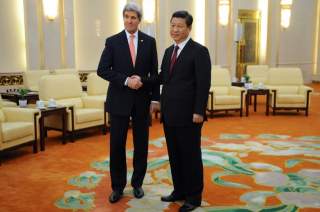 The ethnic Chinese technical research community in the U.S. is worried. American justice authorities are stepping up actions against industrial theft.

Last week alone saw two cases, with a star Chinese professor arrested on arrival in LA (five of his colleagues were also charged but remain at home) and a Philadelphia physics department head arraigned. The circumstances were unrelated but the complaint the same: unauthorized transfer of intellectual property to China for commercial or strategic gain.

Beijing is “deeply concerned” at what appears to be “Washington's stiffer stance over an issue that has already frayed ties”. This could become the next geo-economic tussle between the two superpowers.

This issue is not new. Books such as China's Techno-Warriors in 2003 and Chinese Industrial Espionage published a decade later depict a systematic worldwide program of information collection by Chinese actors. It is not clear whether the recent cases were individually motivated by profit, or government-orchestrated (proof of which is needed for an indictment under the Economic Espionage Act). Disclosed email transcripts bluntly joke about “copy to China” and make offers to “build world-class labs...for the benefit of Chinese entities.” The fact that in one of these instances labs were indeed funded, built and run by state-run Tianjin University may have emboldened U.S. prosecutors to file for espionage.

Shen Dingli, a foreign relations scholar, downplays the significance of the dispute, saying that while mutual spying is normal and countries tend to hush these embarrassments, “the U.S. always like to make a fuss, but China's attitude is more mature...China never hyped (the Snowden affair)”, for example.

Other experts, like Huang Jing, see the potential for “serious damage to the bilateral relationship.” Tianjin University itself responded, “expressing resentment and strong denial' and issuing a warning that 'the politicization of scientific research, elevating it to the level of economic espionage, would harm normal academic exchanges.”

Sincere or otherwise (a stated goal of Tianjin's lab is “to smash the monopoly position of foreign companies”), the University's statement does frame a really troubling dimension to this dispute. Expect other criticisms of hardball FBI 'entrapment' tactics. They have botched many such cases in the past, from the stunningly self-defeating persecution of Qian Xuesun, to the still-mysterious puzzle of Wenho Lee, to the woeful recent episode involving a hapless hydrologist. It is hard to avoid the queasy feeling that one particular community is being targeted.

Then again, Beijing's own actions may be fueling Washington's suspicions. Xi Jinping has been amping up the United Front appeals to Chinese technology leaders and overseas communities and students, exhorting them to “build a pro-socialist coalition outside the country”. Appeals to patriotic scientists to “contribute to the motherland” or return home grow louder.

China's concern for its diaspora is understandable, but the more Beijing trumpets its involvement in overseas “bamboo networks”, the more nervous other countries will become about “fifth columns.” Almost half a million Chinese go abroad for study annually, and the conveyor belt of knowledge moves steadily in China's net direction (which may explain Shen's sangfroid and America's 'anxiety'). Cross-border scientific collaboration is a good thing collectively but John Mearsheimer (among others) has long foreseen the day when Washington sees a need to restrict Chinese nationals from studying and working in sensitive strategic fields.

Mearsheimer writes a lot about tragedies, and here is one. By asserting ethnic solidarity with Chinese abroad, Xi calls their loyalty out and may disenfranchise them instead. That will reduce his country's access to foreign technology. Meanwhile America's witch-hunts too undermine the most powerful quality of its science: openness. And overseas Chinese researchers risk becoming isolated, caught in the middle of a fight most of them want no part of.