Is China's "Carrier-Killer" Really a Threat to the U.S. Navy? 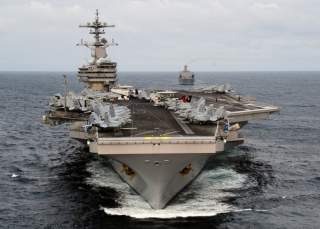 It seems tomorrow will be a big day for China-military watchers around the world: the mighty DF-21D, or “carrier-killer” anti-ship ballistic missile (ASBM) will likely be one of the features of Beijing’s end of World War II celebrations. But how much should America or anyone else in Asia fear this supposed killer of carriers?