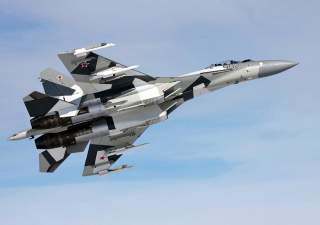 From May 16-19, President Vladimir Putin sat through the now-traditional Sochi meetings tackling the main issues and advances of Russia’s military-industrial complex. Now in their ninth installment, the meetings have been organized twice a year – in May and November – since 2013 in the presence of Russia’s military-industrial key players, ranging from defense industry key managers to Defense Ministry top brass.

The main goal of the Sochi meetings, according to President Putin, was to “review the state and prospects for the development of the Armed Forces, as well as our defense industry”. During the meetings, President Putin was presented with the results of the implementation of the State Defense Orders (GOZ) and the re-equipment plan for the Armed forces, and most importantly with the recently-finished version of the upcoming State Armament Program (GPV) for 2018-2025.

Interestingly, the Sochi meetings are particularly “transparent” when it comes to their content and benefit from a substantive media coverage in Russia – no small feat considering the topic. More seriously, the meetings allow the Commander-in-Chief of the Armed forces to address the main concerns and issues of the military-industrial complex outside of the formal (if not somewhat rigid) framework of the Military-Industrial Commission.

The Sochi marathon also allows Putin to directly meet with key actors of the defense world who are not present within the Commission, and therefore lay out a number of issues to them and directly convey certain messages. This is particularly important in the context of Putin’s personal willingness to reassert a form of “manual control” over the decision-making process inside the military-industrial complex since 2014.

This goes in line with Putin’s decision to take over the chairmanship of the Military-Industrial Commission in December 2014 in order to reign in the industrial actors and temper with the Defense Ministry – lest it be to defuse the ever-present tensions between the military and the defense industry. This (re)centralization of the decision-making process within the military-industrial complex also fosters better presidential oversight on the fight against corruption and cronyism.

The outcome of the Sochi meetings can be broken down to the several key issues affecting Russia’s military-industrial complex nowadays.

The Sochi meetings were mainly dedicated to the presentation of the upcoming GPV (Gosudarstvennaya Programma Vooruzheniya) 2018-2025 to President Putin for his review. With a few finishing touches lacking, the new GPV will be officially presented in the coming weeks to the Military-Industrial Commission before its final approval in late 2017. The aim of the GPV 2018-2025 is crucial: tackle the shortcomings of the present iteration (GPV 2012-2020), ensure sufficient funds for the procurement to the Armed forces, and catch up with the delays in the creation of the Program.

It needs to be reminded that back in 2014-2015, the creation of the draft GPV was delayed by the economic crisis in Russia, the Western sanctions on the Russian defense industry, and the need to swiftly set up import substitution programs. The draft GPV was further crippled by constant bickering (if not outspoken quarrels) between the Defense and the Finance Ministries while seeking to find a compromise. Accordingly, this compromise could end up amounting to 15-17 trillion rubles for the GPV 2018-2025. While “defense cuts” is on everybody’s lips in the corridors of the Defense Ministry, the reality might turn out differently.

The priorities in terms of procurement and R&D will probably focus on the procurement “usual suspects” (for instance T-90 and T-14 Armata tanks), staffing the Navy with adaptable Admiral Gorshkov-class frigates, etc.), improving air defense capabilities, and keeping the strategic forces afloat, among others.

2) Modernize the Armed forces but at what cost?

During the Sochi meetings, President Putin recalled the importance of the modernization of the Armed forces. It encompasses increasing the share of modern weapons, hardware, and systems to 62% in 2017 – broken down between 42% for the Army, 58% for the Airborne troops (VDV), 68% for the Aerospace Forces (VKS), and 55% for the Navy.

While the reality of Russia’s defense industry underscores the impossibility of this task, Moscow has ways to fiddle with numbers and with what “modernization” genuinely encompasses. Indeed, the current GPV 2012-2020 provisions the modernization of 70% of all military systems presently in service in Russia’s Armed forces. This figure needs to be nuanced as it actually falls into two categories: procurement of new systems on the one hand and modernization of existing systems on the other.

Since the exact percentage of each category is never publically released, the Defense Ministry is probably tempted to “fill up the holes” by quickly carrying out repair and upgrade works on (quasi-)obsolete systems to maintain them in an operational state, and therefore not replacing them replacing them with new hardware. This partly explains why the modernization effort is likely to slow down starting 2017-2018, owing to the fact that most systems have been “modernized” as such. Mission accomplished, Russian style!

Coming up with a relevant State Defense Orders (Gosudarstvennyi Oboronnyi Zakaz, GOZ) and establishing coherent price-formation formulae for State procurement is always a cumbersome task in Russia. Accordingly, 97% of GOZ were officially fulfilled in 2016, i.e. 5,600 new pieces of equipment acquired and 3,000 systems repaired.

In link with the Sochi meetings, a conference on the topic “GOZ & defense pricing” was organized in St-Petersburg on May 26 and attended by several high-ranking officials from the Defense Ministry and the Military-Industrial Commission. The conference openly discussed the elaboration of price-formation formulae and their methods of calculation for the GOZ.

The present version of the programmatic military law on State Defense Orders runs for three years and will end in 2019, in link with the new GPV. Defense procurement, although being a streamlined process, remains crippled by many shortcomings: difficulties in establishing actual procurement needs among the Armed forces, tensed relations between the Defense Ministry and the industrial world, shift between strategic priorities and industrial capabilities, cost overruns and production delays, etc.

Importantly, the new round of GOZ after 2019 will greatly benefit from the Russian military operations in Syria and Donbas – Russian weapons systems gained major combat experience and the Army now has a “combat proven” label it can use to justify procurement (and use as a marketing tool for exports…).

President Putin welcomed the “good advances” of the Russian import substitution programs that were urgently set up in 2014 in the context of the double impact provoked by Western sanctions and the breakdown of military ties with Ukraine, on whom Russia greatly depended (and still does…). Putin did not publically advance figures nor did he discuss the proverbial advances in the import substitution plans, citing that much remained to be done in that area.

Emergency measures were taken in 2014 in order to replace, by the end of 2017, some 700 types of components that were produced by Ukrainian companies and imported in Russia. In reality, much indeed remains to be done, as Russia still critically depends on foreign procurement for key military hardware and components, including the creation of a genuinely indigenous technological and industrial base for basic electronic components as well as engines for its Navy.

Import substitution, a new catch phrase for the defense industry, is likely to play a major role in the next GPV 2018-2025 and will be highly prioritized in upcoming State Defense Orders. As such, the defense industry is pressed hard to produce internally, despite sometimes lacking the technology to do so.

5) Ensure the (inevitable?) civilianization of the defense industry

Accordingly, in the context of decreased State procurement, the logic goes that companies and producers in the defense industry should seek to increasingly “civilianize” their production and “cease to be guided by the execution of guaranteed contracts” from State Defense Orders. This message is also frequently hammered down by Dmitry Rogozin, the vice-Prime Minister in charge of the defense industry. For instance, Rostec’s recently-unveiled strategic development plan until 2025 therefore envisions increasing the share of the sale of civilian and dual-use goods from 15 to 30%, i.e. a turnover of 700 billion rubles (about 12 billion dollars) by 2025.

Turning the production of Russia’s defense industry around towards civilian and dual-use will not be without hurdles. Indeed, it will require the implementation of major R&D programs that are not envisioned (and even less financed) by the State Armament Programs. It will also create financial constraints on certain companies who will prove unable to swiftly adapt to their new environment, short of State orders.