If Syria Were a Bar Fight 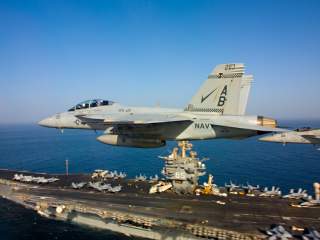 Author’s Note: I doubt any problem in history ever had a lone culprit. Sometimes one of the best tools is to approach the problem from not only a different angle, but a different lens, to truly comprehend the breadth, depth, and context of the issue at hand. Consider this an attempt at a comedic low-brow approach to understand a very serious high-brow, multi-faceted problem rooted in clashing ideologies.

The roughest bar in a rough neighborhood, a bar called Syria has problems. Its owner, Assad, is a tyrant who over-charges, under-pores, and abuses its patrons in the worst ways – Assad simply despises happy hour. Everyone knows it’s best to just avoid the street Syria is on altogether. Eventually there are no new patrons, and Assad won’t let anyone leave because then his bar will go out of business. So the suppressed patrons revolt and start a bar fight.

Whereas most fights eventually die down, this one does not. The patrons love their bar, just not the owner or management. Resolved to save their neighborhood bar, they send their wives and girlfriends out through the back alley entrance while the stronger patrons remain behind to fight Assad.

The coalition police department dislikes Assad, but has no desire to go into the bar to help the patrons. Although Assad is a horrible owner, the police department isn’t in the bar business. It learned that lesson the hard way in 2003 when it unexpectedly assumed ownership of the bar next door, Iraq. They took the bar from the owner, instantly fired all the staff, but had no business plan. It took forever to get out from under it – the memory is fresh and the debt remains.

Instead, the coalition police start to sneak the patrons brass knuckles and broken bottles through open windows – weapons that show just enough support, but not enough to end the fight. The problem is the coalition isn’t really sure who is in the bar fighting, and they don’t want their weapons falling into the wrong hands. That was another lesson learned. A long time ago a fight broke out between two bars nearby, Afghanistan and Russia. To repel Russia, one of the police (the U.S.) armed the nasty Taliban biker gang in Afghanistan so they could fight in proxy for the U.S., who was in the middle of the longest staring contest in history (the Cold War).

Eventually, the bar fight in Syria spills over into part of the Iraq bar next door. The coalition police still has a special place in their heart for their former bar, so they decide to help Iraq’s new owners with their problem. The owners allow the coalition police inside, only to find some unexpected surprises—there are actually multiple smaller fights that they could not see from the outside.

The neighborhood watch, Peshmerga, is right in the middle of the Iraq bar fight. Not a force to be reckoned with, they are a group of vigilantes for the Kurdistan Regional Government (KRG) who controls most of the bar stools in the north part of the Iraq bar. In reality, the Peshmerga are deeply divided between the Kurdistan Democratic Party (KDP) and Patriotic Union of Kurdistan (PUK) as a result of a huge street fight way back in 1975. Collectively, both care more about their special seats at the north end of the bar – not the bar itself. They hate both the Syria and Iraq bar owners because neither of them will put up neighborhood watch signs to formally recognize they exist.

The Peshmerga neighborhood watch is fiercely fighting the Islamic State (IS) dart league. A strangely devoted group, they are an extremist cult that worship darts and think bars should simply be fanatical dart leagues and anyone who likes pool or even drinking at the bar should be stabbed to death with darts. The IS dart league originally moved from the Jordan bar down the street to the Iraq bar in 2003 to fight the police. They soon formed an allegiance with a biker gang called Al Qaeda and started calling themselves Al Qaeda in Iraq (AQI). They dropped the Al Qaeda moniker and became the Islamic State in Iraq (IQI) when the team manager Zarqawi was killed in a police raid by the U.S. in 2006.

The Peshmerga neighborhood watch has Kurdish cousins back in the Syria bar fight, the People's Protection Units (YPG), who formed a gang to repel the IS dart players. They weren’t strong enough on their own, so they joined forces with another gang, the Free Syrian Army. This is confusing all of the police who are still trying to figure out the situation. One group wants to own the bar Syria, while the other wants to turn it into a bingo parlor.

One of the police, Turkey, is independently throwing rocks at the YPG through windows because they believe they are very bad people who constantly bring trouble to Turkey’s bar across the street. On top of that, the YPG supports Assad the bar owner. Turkey is also using the opportunity to throw rocks at yet another biker gang that gives it trouble, the Kurdistan Workers' Party (PKK). Turkey views the PKK as an extension of the YPG, though they are the only one in the coalition police that believes this. The U.S. has been trying to convince Turkey to stop attacking the YPG. Turkey has to be very careful not to hit YPG’s partner, the Free Syrian Army gang, which is trying to other-throw Assad. The U.S. police have been sneaking more and more weapons and money to this gang to end the fight but it’s not working.

Russia says they are throwing rocks at the Islamic dart league, but they are really aiming for the Free Syrian Army gang, which is supported by the U.S. police through an entirely separate effort from the coalition police. The U.S. can see through Russia’s poor aim, which is bringing the police and mall cops closer and closer to fighting each other instead of the resolving the bar fight. The Islamic dart league doesn’t see this though, and have thrown Molotov cocktails out the bar windows and torched a couple of Russia’s Segways. To fuel this tension even more, Turkey blew up one of Russia’s cars after it kept driving too close to Turkey’s bar.

Compounding this, there is a much larger and global biker gang than the Taliban, the Al-Qaeda biker gang. They opened an affiliate in the Syria bar called Al-Nusra (which is not to be confused with the other spin-off in Iraq, AQI) to claim some bar stools during the opening punches in bar fight back in 2011. They actually don’t want the bar stools at all, but are using it to stake a claim—like showing up early to catch a good seat for a football game. In reality, they think the entire building should be repurposed as a pool hall.

All the bars on the block are watching and assisting the coalition police department with coffee, doughnuts, and occasionally throwing rocks themselves. But there is a fundamental disagreement that underlies their support. Deep down, none of the bar owners actually like the way the block is setup. In a bit of a twist, the neighborhood plan was written 100 years ago by two members of the coalition police department, France and Britain (the Sykes-Picot agreement). They used to own the entire neighborhood, but at the end of a failed hostile take-over against each other they both decided to get out of the bar business and partitioned the block up like a kindergartner using an Etch-a-Sketch.

Unfortunately, these borders did not account for the population’s ethnicity or what sports teams they were loyal to. The roots of both bar fights go back to yet another bar fight over a thousand years ago called the Battle of Siffin. While both the Sunni and Shi'a root for the same Islam sports team, they have historically been in violent disagreement over who should commentate and narrate their beloved team.

In Iraq’s bar, Shiites outnumber Sunnis two-to-one but in Syria Sunnis outweigh Shiites by the same proportion. Nearby bars have taken more extremist proportions: the Sunni Saudi Arabia and Shia Iran bars are lying in wait to see what comes from Syria and Iraq so they may further their ambitions to control the street. In the city called Earth, 85 percent Muslims are Sunni.