Leveraging Beijing: How Trump Can Avoid His Predecessors' Mistakes 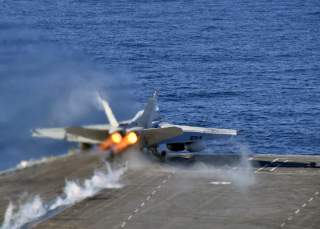 This piece provides a historical account of the Clinton Administration’s failed attempt to impose human rights conditions on the extension of China’s Most-Favored Nation (MFN) trading status in 1993 and 1994. The conclusion is that “getting tough” with Beijing is a high-stakes poker game. If the new administration wants to play, they should avoid four key mistakes that the Clinton team made. First, Trump should focus on economic instead of political reforms. Second, if he is going to sanction China, he should do so at the outset instead of granting an initial grace period. Third, he should work to mask opposition to this assertive agenda from within his cabinet. Finally, as an initial strategy, he should simply enforce existing legislative mandates and bilateral trade agreements, as opposed to imposing new restrictions.

Like Donald Trump in 2016, Bill Clinton vigorously criticized China in his 1992 campaign. Clinton endorsed Congressional attempts to impose conditions on China’s Most-Favored Nation (MFN) trade status, much the same way that Trump has promised to use sanctions, tariffs, and other economic tools to fight back against Beijing’s mercantilist economic policies. Once in the Oval Office, however, Clinton faced dissension within his cabinet about whether to follow through on these campaign promises, and Trump is likely to encounter similar internal resistance.

In deference to these internal skeptics, Clinton agreed to water down this conditional approach in three key respects. First, he limited the conditions to human rights issues and excluded many of the economic, trade, and national security conditions that Congressional supporters had proposed. Second, instead of demanding immediate compliance, Clinton opted to give Beijing a full twelve months to meet the conditions before revoking MFN. Third, in order to preserve the administration’s flexibility in determining what constituted sufficient progress to justify renewing MFN, Clinton issued the conditions through an executive order as opposed to legislative action.

After finalizing these alterations, President Clinton signed Executive Order 12850 on May 28, 1993. In signing the order, Clinton celebrated the end of “annual battles between Congress and the Executive over MFN,” and proclaimed, “We no longer have an executive branch policy and a congressional policy. We have an American policy!”

The celebrations were short-lived, however, as Beijing refused to comply with any of Clinton’s conditions. This intransigence climaxed during Secretary of State Christopher’s first visit to Beijing in 1994. The Chinese unleashed a verbal lashing on Christopher that long-time diplomat Winston Lord would later describe as “the most brutal diplomatic exchange I’d ever witnessed.” In roundly criticizing conditionality, the American business community also undermined the administration’s credibility and leverage with Beijing. The trip was such a disaster that Christopher considered resigning as Secretary of State.

As a last-ditch effort, the administration sent Richard Armacost to Beijing in the final weeks before the 12-month grace period was set to expire. Armacost was scrambling for even minor concessions that would allow the administration to extend MFN without a total loss of face. Sensing the administration’s desperation, however, the Chinese did not budge. Ultimately, Clinton folded and extended MFN, despite Beijing refusing to meet his conditions. Clinton justified this capitulation by arguing:

In response to Clinton’s abandonment of conditionality, Congressional leaders were outraged, leaving Clinton to face the same bitter dispute with Congress that George Bush had faced and that Clinton had so desperately hoped to avoid. Indicative of Congressional furor, Senator Jesse Helms, the chair of the Senate Foreign Relations Committee, rebuked:

“The President is discarding what he once proclaimed to be steadfast principles. And he is doing it in a shameful kowtow to China’s Communist emperors…As a candidate, Mr. Clinton viciously attacked George Bush for ‘coddling the dictators in Beijing’… However, once in office, President Clinton has preferred Mr. Bush’s soft approach”

In the end, America’s ambassador in Beijing, Stapleton Roy, confessed in an interview, “We made an enormous mistake by linking our human rights interest to our trade interest.” Henry Kissinger summarized the failed experiment in his book On China by observing:

“Like all his predecessors and successors, he [Clinton] came to appreciate the strength of Chinese leaders’ convictions and their tenacity in the face of public challenge. Clinton toned down the confrontational tactics and emphasized ‘constructive engagement.”

Implications for the Trump Administration:

One clear potential takeaway from the Clinton administration’s experience is to shy away from any sort of conditional approach and to instead adopt the “unconditional engagement” strategy that Clinton ultimately accepted and that all other post-Cold War presidents have embraced. However, given Trump’s decision to break with precedent and speak with the Taiwanese President, it appears he is planning to stand much firmer on his campaign rhetoric than his predecessors.

If we accept, therefore, that the Trump administration is unlikely to follow the conventional path, then it is more productive to discuss what lessons can be learned from the Clinton administration in terms of what to do and what to avoid when embarking on this more resolute approach. To help with this effort, I have outlined four missteps that the Clinton administration made in trying to place conditions on China’s MFN status. Correcting these mistakes may not assure Trump’s success, but it will ensure that he does not fail for the same reasons Clinton did.

First, whereas Clinton decided to focus exclusively on human rights issues, Trump should do the exact opposite and focus on economic issues. The Clinton administration (and other administrations) squandered precious leverage in pressuring the Chinese Communist Party (CCP) to make domestic political reforms. However, the U.S. has the least influence over these issues. They are less important to American workers and to our broader strategic interests, and they give Beijing a useful tool with which to logjam more important and fruitful dialogues. A good example of this is the fact that the Strategic Economic Dialogue was far more effective under the Bush administration (when Treasury Secretary Hank Paulson had sole control over the dialogue) than it was under the Obama administration (when Secretary Clinton demanded that the State Department receive equal power and that human rights issues receive equal attention).

Furthermore, given the rise of Chinese nationalism, it is questionable whether a rapid collapse of the CCP would even serve US interests. Regardless, calls for Beijing to reform its internal political system are futile because they are tantamount to demanding the CCP sign its own death warrant. For Xi and all of the other senior leaders in Beijing, everything is secondary to the preservation of the CCP as the sole political power within China. The intrinsic connection between economic growth and the CCP’s political legitimacy presents unique opportunities for the Trump administration to gain leverage in its initial negotiations with Xi. However, this also means that wasting valuable political capital on human rights issues is not only futile, but counterproductive.

Second, if Trump intends to sanction China, he should do so sooner rather than later and with minimal warning. When Clinton extended Beijing a grace period, he ceded the all-important factor of time by ensuring that the status quo favored Chinese interests. Furthermore, threatening but withholding these sanctions allowed powerful interest groups to mount a coordinated campaign against their eventual imposition. While these same opponents could have lobbied to reinstate MFN, exploiting the fear of the unknown is frequently the most effective strategy for persuading public officials.

Thus, special interest groups are more likely to succeed in deterring officials from imposing sanctions while the costs are still unknown than in convincing these same officials to publically back away from these sanctions once they are in effect and the actual costs of any Chinese retaliation are known. Finally, as is frequently cited, the President enjoys his maximum power and influence during the first year of his term. Granting an extended grace period squanders the President’s mandate to take bold action, and leaves administration officials to confront even more well prepared and implacable foes at a time when their own energy and audacity will inevitably have ebbed under the pressures of governing. In short, if Trump is going to impose sanctions, he should impose them first and then enter negotiations once he has established credibility and seized a position from which the status quo favors him more than his Beijing counterparts.

Third, while there are certain to be differences of opinion among members of the new administration about how to approach China, the Trump team should try to avoid public dissension. Masking internal fissures is always important, but it is absolutely critical when seeking to maximize leverage with savvy and experienced negotiators like those in Beijing. These Chinese negotiators have built their careers exploiting dissention within the US government as a means of thwarting their counterparts’ leverage. Given the fact that China’s importance to both the American and global economy is greater than ever before, these deft negotiators will be beginning this high-stakes game of chicken from a more powerful and intimidating position than they have ever commanded in the past. Consequently, Trump’s negotiators need all the power they can get, and presenting a unified public face is a critical component in achieving this leverage.