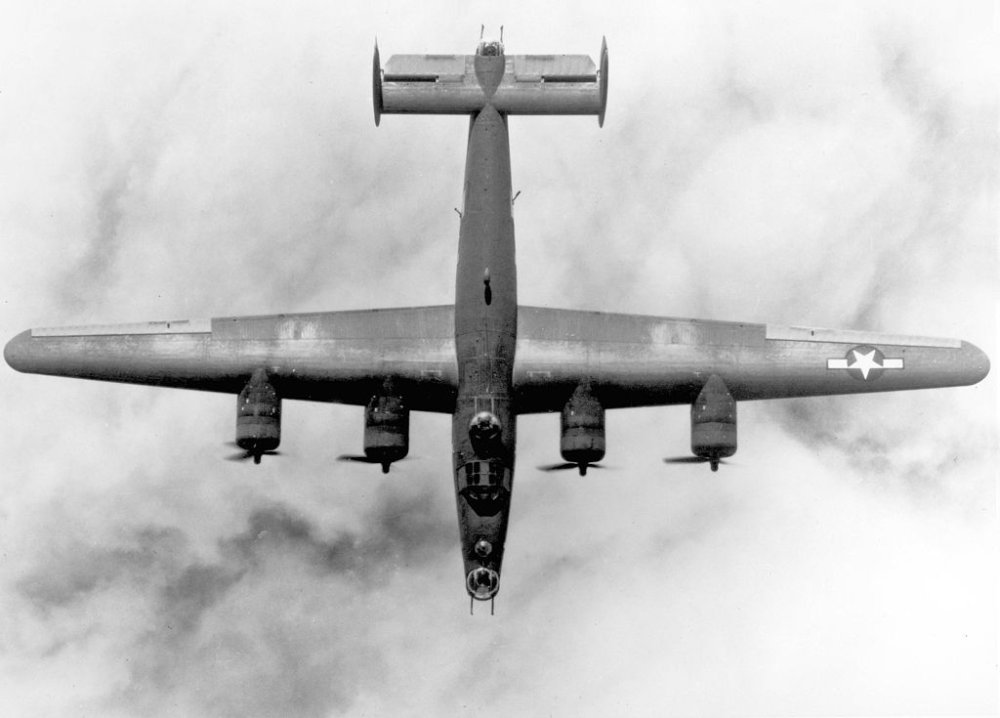 The plan to bombard London with super guns was just one example of many Nazi schemes committing inordinate resources to unproven and often impractical technologies, hoping that grandiose Wunderwaffe (“Wonder Weapons”) could save them from a strategic predicament of their own devising.

Image: B-24 photographed from above. Wikimedia Commons/U.S. Air Force