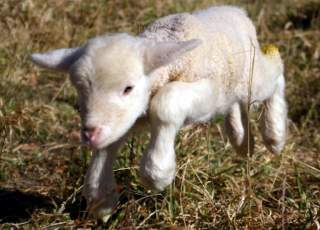 Unnamed U.S. Defense Department officials are telling U.S. cable news outlet CNN that at least four of the twenty-six Russian Kalibr NK cruise missiles launched during yesterday’s attack on Syria crashed in Iran. The Russian Ministry of Defense immediately and strongly denied the Pentagon’s claims on its official Facebook page. It is not possible to independently verify either side’s claims.

That being said, it is not exactly that uncommon for cruise missiles to go astray—especially since Russia has never fired the Kalibr during actual combat operations until now. But Iranian defense officials, per Russian reports, said that the charges that the missiles fell short were “psychological war.” A Russian defense official stated that “all missiles launched from our ships have found their targets.” Yet before American officials had made the accusation, and before the Russians and Iranians had denied it, multiple local Iranian news sources had reported on crashes of unidentified aircraft in northwestern Iran—in other words, precisely where we’d expect Russian cruise missiles to be flying.

On Wednesday, Golan Saqqez reported on the crash of an unmanned aircraft near a village in Ziviyeh District, Saqqez County, Kurdistan Province, saying that the parts of the aircraft were taken to the local Revolutionary Guards for analysis. And earlier this morning, Takht News reported and published photos related to the crash of an “unidentified flying object” close to a village in Takab County, West Azerbaijan Province—in other words, within the county just north of the other reported crash site. This crash was reportedly accompanied by an explosion that injured two villagers, broke most of the windows in the village, and killed, according to another source, four sheep. The explosion could apparently be heard in other villages nearby. As with the other case, security forces took away debris; photographs showed only a crater.

Both crashes were reported to have occurred at the same time: six in the morning on Wednesday. The local news outlets appeared to believe the aircraft were crashed drones, possibly Israeli ones. Yet the timing, and the massive explosion in Takab County, suggest that these were Russian missiles. If Russia’s defense ministry really does believe that all the missiles found their intended targets, those sheep must have been up to something. Or, perhaps, this was a Russian overture to GOP presidential candidate Carly Fiorina, who takes a tough line on Putin—and on sheep.

In any case, it should not come as a surprise that some number of Russian cruise missiles might have suffered from malfunctions. There are duds in every batch of advanced weapons and most systems—regardless of manufacturer or national origin—never actually perform as advertised in real world settings. In fact, a large number of Raytheon Tomahawks malfunctioned during the initial stages of Operation Desert Storm and later during Operation Iraqi Freedom.

During the 1991 Gulf War, the U.S. Navy tried to launch 297 Tomahawks. Of those, according to naval analyst Norman Friedman, in his book Desert Victory - The War for Kuwait, 282 started off toward their targets successfully, but some didn’t make it. Nine Tomahawks failed to launch while a further six hit the water after leaving the missile tubes. The Iraqi defended shot down as many as six of the Tomahawks enroute to their targets. Later in 2003, during Operation Iraqi Freedom, at least ten Tomahawk missiles malfunctioned and crashed in Turkey, Saudi Arabia and Iran.

Over the years since it was first used in combat, the Tomahawk has been greatly upgraded. Early versions of the missile did not have global positioning system (GPS) correction capability for their navigation system. The Tomahawk is primarily guided by inertial navigation, and prior to the advent of GPS, it used a terrain contour matching radar to correct its course. As such, during Desert Storm, those weapons actually overflew Iran—possibly with Tehran’s tacit consent—before turning back towards Baghdad, because the featureless Iraqi desert didn’t offer enough terrain data to perform course corrections. Later version of the Tomahawk added GPS course correction and even offer the ability to be retargeted in-flight. Overall Tomahawk success rates sit at roughly eighty percent or so.

The bottom line is that while it is not certain that some of Russia’s cruise missiles may have malfunctioned, it would not be surprising. There are duds amongst every type of weapon delivered to every country’s military on Earth, but Russia often does not test its weapons as rigorously as the Pentagon. That means that while Russian weapons might be delivered sooner, there are more bugs to work out after new hardware enters service.

John Allen Gay, an associate managing editor at The National Interest. He tweets at @JohnAllenGay.