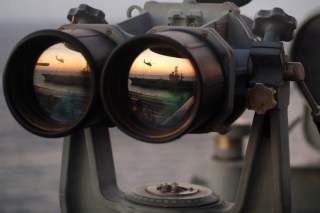 MANILA–An international court, formed under the aegis of the United Nations Convention on the Law of the Sea (UNCLOS), just issued an unequivocal rebuke of China’s excessive maritime claims across the South China Sea. Characteristically, China dismissed the unfavorable verdict as “a piece of scrap paper,” “null and void,” and a conspiracy of western powers. Refusing to recognize the jurisdiction of the Arbitral Tribunal (constituted under Art. 287, Annex VII), China has (falsely) argued that it is not bound by the outcome of the Philippine-initiated arbitration.

But according to Article 296 as well as Article 11 of Annex VII of the UNCLOS, the verdict is final and binding. Although China refused to formally participate in the proceedings, Article 9, Annex VII of UNCLOS clearly states that the non-participation of one party doesn’t bar the legal proceedings from moving forward. To be fair, in accordance to Article 5, Annex VII, China was repeatedly provided an opportunity to formally participate, but – perhaps sensing an unfavorable outcome — it instead opted to boycott the whole proceedings.

To absolve itself of any compliance with an unfavorable verdict, China cited exemption clauses under the UNCLOS (Art. 298, Section 2, Part XV), but it was ultimately up to the court to decide whether the Asian power was exempted from the case or not. China sought to procedurally undermine the Philippines’ case by raising jurisdiction issues. It correctly argued that the UNCLOS has no mandate to decide on issues that concern territorial sovereignty, but failed to recognize that the Philippines’ case was skillfully packaged as a question of maritime entitlements and sovereign rights.

More than three years after initiating its ‘lawfare’ against China, the Philippines triumphantly welcomed a landmark verdict, which favored almost all of the Southeast Asian country’s arguments. The newly-elected Rodrigo Duterte administration, however, refused to flaunt the verdict as to taunt China. Instead, in an extremely sober and calibrated fashion, it called for restraint and dialogue with China. Paradoxically, China’s major legal setback may actually pave the way for better relations with am empowered and pragmatic Philippines.

Ahead of the judgment day, China employed all kinds of tactics to frustrate the Philippines’ lawfare. It tried to intimidate the Arbitral Tribunal by announcing, earlier this year, its decision to set up its own international arbitration bodies as an alternative to existing global legal regimes. China also sought to denigrate the legal proceedings, lobbied international court officials to dismiss the case, and went so far as to threaten to withdraw from the UNCLOS altogether.

China also sought the support of up to 60 countries to oppose the Philippines’ arbitration case. But it seems it only managed to garner the support of eight mostly African, landlocked and corruption-stricken nations, which are dependent on Chinese largesse. Meanwhile, up to 40 countries — most democratic and among the world’s most developed — supported the Philippines’ position. The rest are fence-sitters.

In its position papers, China accused the Philippines of abusing international law and violating prior bilateral and multilateral agreement by initiating compulsory arbitration. In fairness, China isn’t the first great power to employ such strident legal position vis-à-vis weaker neighbors, even though any objective assessment will suggest that it is Beijing that has been doing so. In clear contravention of the 2002 Declaration on the Conduct of Parties in the South China Sea (DOC), which calls on claimants to “undertake to exercise self-restraint in the conduct of activities that would complicate or escalate disputes,” and “refrain from action of inhabiting on the presently uninhabited islands, reefs, shoals, cays, and other features and to handle their differences in a constructive manner.”

Yet, in recent years China has deployed an ever-larger flotilla of fishermen-cum-militia forces to disputed waters, conducted major naval drills in the area, and has launched massive reclamation activities — 17 times larger than that of all other claimant countries combined — across the Spratly chain of islands.

In fairness, among major powers, China is not alone in adopting such as strident position on international arbitration initiated by weaker, smaller neighbors. Both India (against Bangladesh) and Russia (against Netherlands) refused to participate in compulsory arbitration under the UNCLOS, yet both of them eventually came to observe the spirit of the final verdict.

As for the United States, it has even refused to ratify UNCLOS and adopted a similar position against Nicaragua during the Cold War years. But the United States government, a signatory to the UNCLOS, has observed relevant provisions of the Convention as a matter of customary international law.

Withstanding Chinese pressure, the Arbitral Tribunal issued a verdict that was a clean sweep for the Philippines. It ruled that China’s doctrine of “historic rights,” which undergirds its expansive nine-dashed-line claims, is “incompatible” with prevailing international law, since “there was no evidence that China had historically exercised exclusive control over the waters or their resources.” But the court fell short of deciding on the ownership of land features in the area, because that falls outside its jurisdiction.

Contrary to China’s claims, the Tribunal also ruled that there are no naturally-formed “islands” – land features capable of independently supporting human habitation — in the Spratlys, which largely hosts low-tide-elevations, which can’t generate sovereignty claims at all. At most, some land features in the area are just “rocks,” which can only generate 12 nautical miles territorial sea.

It also ruled that China “violated the Philippines sovereign rights,” preventing the latter from exploiting natural resources within its Exclusive Economic Zone (EEZ). According to the verdict, the Philippines and China have no overlapping EEZs, so there is no ground for shared sovereign rights in Manila-claimed waters.  The court also lambasted China’s massive reclamation activities, ruling that they are “incompatible with the obligations” of member states, “inflict[ing] irreparable harm to the maritime environment” and “destroy[ing] evidence of natural condition of features” in the Spratlys.

Nonetheless, the Arbitral Tribunal can’t enforce the verdict, though it is binding. The Philippines, therefore, has the option of calling upon the international community to “enforce” the verdict in its behalf. It can do so by calling upon major naval powers such as America, Japan, and Australia to conduct Freedom of Navigation Operations close to Chinese-occupied artificial islands in the area.

Manila can also try to convince like-minded countries like Vietnam and Japan to file similar arbitration cases against China in the South and East China Seas. It can also engage in a “name and shame” campaign against China by flaunting the verdict. Instead, President Rodrigo Duterte has displayed strategic caution, so far refusing to release any strongly-worded statement against China. The new president has made it clear that he isn’t interested in flaunting the verdict, and has called for restraint and sobriety.

Eager to find a peaceful solution to its disputes with China, the Dutetre administration is keen on reviving bilateral negotiations with China. The Duterte administration is set to dispatch former President Fidel V. Ramos, who has a stellar record in dealing with the South China Sea disputes, as a special envoy to China.

For the new Filipino government, what is important is to rebuild frayed ties with China, rekindle robust bilateral investment ties, and leverage the verdict to extract concessions — no Chinese imposition of an exclusion zone in the Spratlys or/and harassment of Filipino fishermen — on the ground from the Asian juggernaut. It will be a tall order, but the Filipino president is willing to take the strategic leap of faith in the interest of peaceful management of inherently intractable disputes.