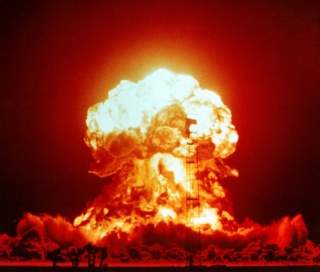 Asia most closely resembles a giant powder keg, ready to explode at any moment. With challenges in the East China Sea between China and Japan, Taiwan is now back in the news as President Xi tests Taipei’s newly elected leaders and the South China Sea seems set to boil—perhaps as soon as July 12.

Indeed, it seems whoever takes the helm next January as America’s new commander and chief there will be no shortage of challenges and challengers the world over to test the mettle of a new administration.

While we all can certainly debate what is or isn’t a modern-day existential threat in its present form, we can all certainly agree terrorists and also lesser capable nation-states (consider impoverished North Korea, who has an economy smaller than Ethiopia, for example) are able to develop weapons that can cause America and her allies greater harm than ever before. Indeed, bearing in mind the first nuclear bomb went off 71 years ago, such a fact should give us pause, as nuclear but also chemical, biological and radiation based weapons could all be utilized to strike America in various types of ways by many different actors—an attack that would make 9/11 or Pearl Harbor seem small by comparison.