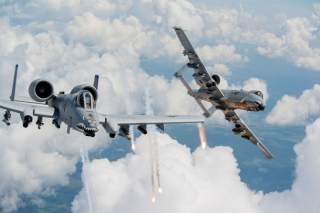 If you relied only on the media, you could be forgiven for thinking that the focus of the fight against ISIS has been on the Syrian city of Kobane.

This is thanks to the easy access for international media to the Turkish side of the border near Kobane and the resulting images, as well as the work of the Kurds and their associated lobby groups who want the world to focus on their issues. At one point the Australian Broadcasting Cooperation (ABC) even claimed that a hill near the town was “strategic.” Tactically important perhaps, but strategic? I don't think so.

As US Secretary of State John Kerry noted, the US does not consider Kobane a defining element of the coalition strategy. Rather, it quite rightly sees that Iraq is ISIS’ main effort and hence the bulk of Washington's force is directed there.

Kobane's value though, lies in what it represents more than what it is. One of the principles of war that applies to insurgent groups as much as it does to conventional armies is the maintenance of momentum. If you have momentum, then you force your opposition to make reactive decisions under pressure that often turn out to be sub-optimal. You can also create fear and panic in the opposition, as ISIS showed in its attack on Mosul and subsequent drive south, which resulted in the collapse of several Iraqi army divisions. ISIS has also relied on battlefield victories to replenish its ammunition stocks and gain military equipment and recruits.

The capture of Mosul, though, may well represent a high point in ISIS's campaign.

While the group is still pressing its advantage in al-Anbar province in Iraq, it has lost Mosul dam and has been investing in Kobane for over a month without success. If it is unable to capture Kobane, it will have lost significant personnel and resources against some Kurdish irregulars (with coalition air support) for little to no gain. One of ISIS's lines of operation will have stalled, and very publicly so.

ISIS is a media savvy organization and it realizes that being beaten back in Kobane would be a very public loss. And in the social media world ISIS inhabits, a public loss can also be a strategic one. Images of coalition airstrikes and Kurdish fighters tearing down ISIS flags don't do much for ISIS's reputation as a near-invincible jihadist war machine, an image on which it has relied for much of its success to date.

Kobane also offers the coalition opportunities greater than the limited value of the town itself. In the past week the coalition has increased its support for the Kurdish fighters, indicating a willingness to fight for the town's defense. This limited action offers some significant practical benefits for the coalition. It will be learning much about integrating airstrikes with indigenous forces and can use the Kobane battle as a live run for future actions against ISIS in Iraq. At the same time, the coalition is able to degrade ISIS forces in the region, which appear to be reinforcing failure in their assault on Kobane.