Donald Trump Is About to Become America's President. Here's What His Foreign Policy Should Be. 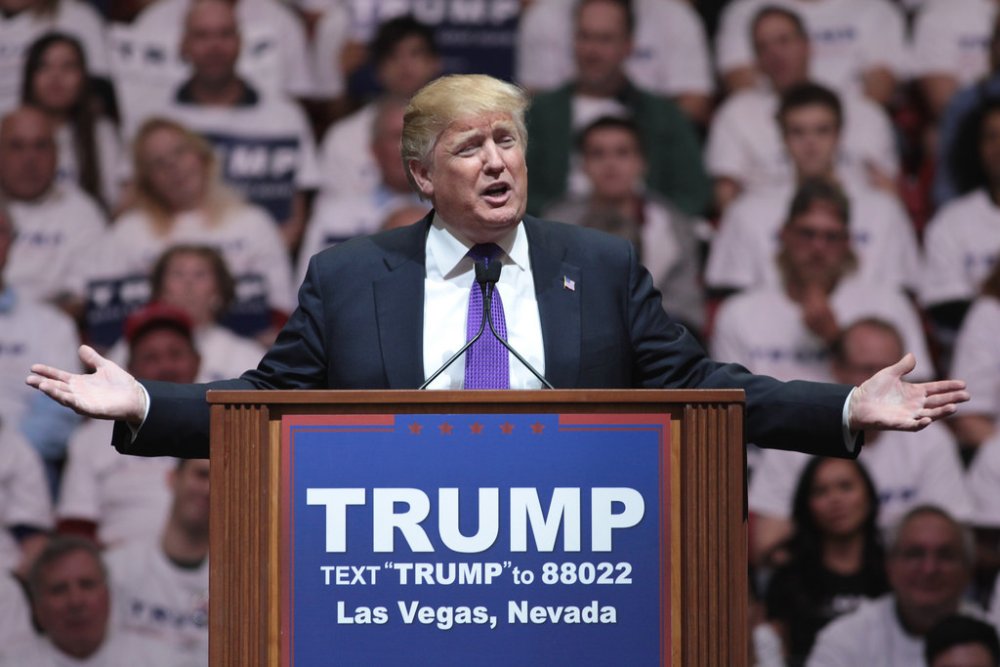 Few people expected there to be a President-elect Donald Trump. Winning the election wasn’t easy. Governing will be much tougher.

Although the Americans who voted for him likely are most interested in domestic and economic reform, international challenges are likely to prove more pressing. Indeed, the world may be messier in January than today. And the usual coalition of neoconservatives and liberal interventionists undoubtedly will press him to embrace current policy and treat Uncle Sam as Globocop.

However, Trump has an opportunity to dramatically reshape a conventional wisdom that has consistently failed America. The United States has been constantly at war since the end of the Cold War. Belief in America’s “unipolar” movement led to disastrous, militarized hubris. The bipartisan presumption that Washington could use military force to simultaneously reshape reality, maintain stability, protect humanity, and promote democracy—especially in the Middle East—has proved to be a tragic fantasy.

Trump’s foreign policy views are sometimes inconsistent and often ignorant. His bombastic rhetoric and undisciplined nature is no boon for diplomacy. Nevertheless, he remains more likely than Hillary Clinton to follow a new approach.

Indeed, he challenged the presumption that Americans must forever subsidize wealthy allies. He told Republican voters that George W. Bush’s Iraq invasion was a catastrophe. And he rejected Republicans’ and Democrats’ common enthusiasm for confronting nuclear-armed Russia. He is more likely than a President-elect Clinton to emphasize protecting Americans’ interests rather than attempting to transform the rest of the world.

What should the incoming administration’s priorities be?

Diplomacy. Despite his claim to be the most militaristic of the presidential candidates, he simultaneously emphasized diplomacy, in which most of his GOP competitors demonstrated no interest. Trump sharply criticized some of his predecessors’ aggressive policies and urged greater engagement with countries as diverse as North Korea and Russia. Although diplomacy offers no panacea, America’s “unipolar moment,” if it ever existed, is over. Washington will have to do better at convincing instead of coercing other nations.

Russia. The United States is involved in a dangerous mini-Cold War with Moscow. Vladimir Putin is an ugly character and the Russian Republic is a malign international actor. However, Moscow is not much of a threat to America.

It is acting like the pre-1914 Russian Empire, focused on international respect and secure borders, rather than global ideological victory. Moreover, Moscow has far greater interests in Syria and Ukraine than does America. Washington has no cause to risk war in either conflict. Instead, the Trump administration should seek a practical deal in both cases. For instance, pledging not to bring Kiev into NATO in return for Russian de-escalation of the assault on Ukraine. And limiting American military involvement in Syria to mopping up the Islamic State.

Syria. Secretary of State Hillary Clinton did much to create the current crisis. By demanding Assad’s ouster, she encouraged popular opposition and discouraged a negotiated settlement. Although Assad is an odious figure, he has never threatened American interests, as do the jihadists who have risen in opposition. Rather than expand U.S. involvement through additional arms shipments, training of insurgents, and creation of a no-fly zone, Washington should step back. Even a bad diplomatic deal with Russia would be better than turning the Syrian civil war into another American hot war. At the same time, Washington should seek to ease the humanitarian crisis, including vetting and resettling refugees, especially religious minorities who have few options in the Middle East.

Islamic State. As ISIS weakens and loses ground, the United States should turn over ever more combat responsibility to those states most threatened by the jihadist group. A coherent policy is beyond Washington’s reach: Iraq and Turkey are at odds, Iran is fighting the Islamic State but also is hostile toward the United States, Turkey and Kurdish forces are bitter opponents, the “moderate” insurgents backed by America continue to make common cause with radical groups such as al-Nusra, long affiliated with Al Qaeda, the Gulf States have largely abandoned the anti-ISIS campaign in favor of a brutal offensive in Yemen, and Russia has invested militarily in the Assad regime despite America’s support for its overthrow. Washington’s attempt to “manage” such as an imbroglio is more likely to generate enemies than friends.

Afghanistan. During the presidential campaign Afghanistan was a missing issue. After fifteen years of attempting to create a liberal, Western-oriented, united, and competent Afghan central government, the United States should complete its withdrawal of combat forces. Washington has a continuing interest in preventing the country from again becoming a terrorist base, but that was largely achieved by ousting the Taliban after 9/11. Even if the insurgents eventually triumph, they are unlikely to risk a repeat experience by welcoming such forces back. Any future U.S. involvement should be far more limited, focused on intelligence gathering, cooperation with other regional powers, such as Pakistan, and targeted use of special operations forces when appropriate.

Middle East. Although the Obama administration “pivoted” to Asia, rebalancing policy away from Europe and the Middle East, the United States later increased military activity in the latter while upping military commitments to the former. The U.S. has no interests at stake in the Middle East which warrant America’s ongoing military fixation. The region no longer matters nearly as much for energy: indeed, the United States now is the world’s biggest oil producer. Moreover, Israel is a regional superpower which is threatened rather than shielded by Washington’s promiscuous military interventions. The United States should reject proposals for further meddling after the consistently disastrous record of past interventions.

China. In the longer term, the most likely economic and security competitor to America is the People’s Republic of China. However, that doesn’t mean there is any reason for conflict. Pressing for Chinese economic reciprocity makes sense in some areas—reducing restrictions on foreign investment, for instance. Nevertheless, the United States benefits from the current trading relationship and as the Chinese people grow wealthier they are likely to buy more American products and services.

Perhaps even more important is accommodating China’s growing influence in its own neighborhood. No one imagines a PRC attack on America or U.S. Pacific possessions. Rather, Beijing is most concerned about preventing intervention against China in regional disputes. Rather than expecting the Pentagon to be the frontline defender of American allies’ interests, Washington should turn defense responsibilities over to those nations, all of which are growing economically and have strong incentives to defend themselves.

Koreas. The president-elect has long criticized South Korea for relying on American defense guarantees. With forty times the GDP and twice the population of the North, the Republic of Korea should take over responsibility for its own security. Rather than charge the ROK for its defense, Washington should begin a phased withdrawal of U.S. conventional forces.

At the same time, the incoming administration should engage the Democratic People’s Republic of Korea. Rather than a presidential summit, as Trump suggested during the campaign, Washington should start small: negotiate to establish low level diplomatic relations and draft a peace treaty to formally end hostilities on the peninsula. Since isolation and sanctions have failed to halt the North’s nuclear program, a new approach is needed.

NATO. Trump correctly recognized that Europe long has enjoyed a cheap ride on U.S. taxpayers. His idea of charging the continent for American defense services is a bad idea—U.S. forces should not be rented out to wealthy allies unwilling to put their own military personnel at risk. Instead of burden sharing, Washington should practice burden shedding. The U.S. defense shield succeeded in giving war-torn Europe time to recover in the face of potential Soviet aggression.

Today Russia poses no serious threat to Europe, even, likely, to the states on its border. Putin’s ambitions so far have been brutal but limited, and he’s shown no interest in triggering a general war, let alone one into which Washington could be drawn. To the extent that European nations feel at risk, they should increase their own military outlays, improve continental military cooperation, and further reduce economic dependence on Moscow. The burden of their defense should be theirs.

Trade and Immigration. Although popular frustration with foreign competition, both goods and people, generated much of Trump’s support, he should separate process and substance. In fact, trade has benefited the great majority of Americans. Immigration, too, is economically advantageous. The new administration should reinforce those positives, while addressing complaints that benefits are not adequately shared, non-economic issues have been ignored, and those more affected have not fairly consulted. The populist Trump has the credibility to ensure a broader political buy-in for policies which, despite his past criticisms, offer broad benefits.

President-elect Donald Trump has a unique opportunity to redirect American foreign policy, which has become dangerously unbalanced and militarized. The answer is not isolation, but robust, thoughtful engagement. Americans benefit from being involved in the world. But not from attempting to forcibly transform the world in America’s image. Paradoxically, the bombastic Donald Trump could become the president who puts into practice George W. Bush’s long abandoned call for a more “humble” foreign policy.