Living Dangerously on Both Sides of the Taiwan Strait 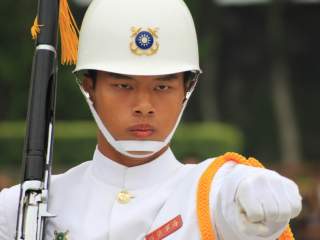 During the Cold War the People’s Republic of China lobbed artillery shells at nearby islands controlled by the U.S.-supported Republic of China, based on Taiwan. Twenty years ago the PRC shot missiles into nearby waters to discourage Taiwanese support for independence-minded candidates. Neither policy aided Beijing’s objective of reunification.

Since then, the mainland authorities have changed course, encouraging commerce to tie the two peoples together and pointing to Hong Kong as a model of “one country, two systems.” Outgoing ROC President Ma Ying-jeou—representing the Kuomintang Party whose leader, Chiang Kai-shek moved his government from the mainland to Taiwan in 1949 after losing the civil war—supported economic integration, reaching more than a score of agreements with Beijing. The PRC now accounts for 40 percent of Taiwan’s exports, while the number of mainland visitors exceeded four million in 2014.

However, the Taiwanese people voted overwhelmingly on Saturday for Tsai Ing-wen of the Democratic Progressive Party, which formally advocates an independent Taiwan rather than “one China” encompassing both mainland and Taiwan. The DPP also took control of the Legislative Yuan, which it lacked under the previous DPP president.

The result was a brutal judgment on Ma’s policies and the PRC’s goals. Not only do the vast majority of Taiwanese believe their nation to be independent. They fear growing economic interdependence threatens the autonomy that their nation has maintained despite significant Chinese pressure. In fact, in 2014 the student-led Sunflower Movement occupied the Legislative Yuan’s chamber to protest another trade pact with China negotiated by the Ma government.

Only recognition that a declaration of independence would risk a PRC military response has maintained Taipei’s formal acquiescence to the “1992 consensus” of “one China” (interpreted differently by each side). In 2014, just 7.3 percent of Taiwanese supported reunification, barely a third the number in 2003. Most dramatically, China has lost the young. They never lived in the PRC, have no memory of the mainland, and see nothing attractive in Beijing’s governance. Instead, they see ethnic Chinese in what the PRC’s model of coexistence, Hong Kong, futilely demanding the kind of democracy that currently exists in Taiwan.

Even the dramatic meeting last November between Chinese President Xi Jinping and Ma in Singapore, the first such summit, had no apparent impact. Although the two leaders referred to each other as “Mr.” to avoid bestowing legitimacy on the other, it was the PRC which made the real concession, treating Taiwan as an equal. No new policies were advanced, only a warning issued by Xi. Anyone retreating from the 1992 consensus of “one China” risked causing cross-strait relations to “encounter surging waves, or even completely capsize.”

Taiwanese voters ostentatiously ignored his counsel. True, Tsai promised not to risk anything which would sink Taiwan: “We must ensure that no provocation or accidents take place.” She nevertheless insisted: “Our democratic system, national identity and international space must be respected.” And she has notably not endorsed the “one China” formulation, which sets Taipei and Beijing on a possible collision course.

After Tsai’s victory in what the PRC termed a ‘regional election,’ Beijing made its sentiments clear. The Foreign Ministry insisted: “There is only one China in the world, the mainland and Taiwan both belong to one China and China’s sovereignty and territorial integrity will not brook being broken up.” Official media outlets declared independence to be a “hallucination” and that movement toward independence was “poison.” The Taiwan Affairs Office expressed its willingness to engage “any parties and groups that recognize that the two sides belong to one China” and rejected “any form of secessionist activities seeking ‘Taiwan independence’.”

Xi knows Taiwan, having served in Fujian Province across the strait from 1995 to 2002, the last three years as governor. Yet that might not be a benefit. His experience is dated: Taiwanese sentiment has since hardened against reunification. Moreover, his appearance of knowledge, as well as his centralization of power, reportedly limits the advice that he receives on the issue.

The two countries retain an unofficial relationship; America is committed to providing “defensive” weapons. The United States has left unsaid whether it would intervene militarily in a conflict. Washington hopes China will assume ‘yes’ while Taipei will not feel safe enough to antagonize the PRC. Under the last DPP presidency, however, the ROC authorities appeared to take American support for granted while Beijing believed Washington to be bluffing: the United States wouldn’t risk Los Angeles for Taipei, opined one Chinese general. “Strategic ambiguity” is proving to be a particularly dangerous game to play with a rising, nationalistic power over interests it views as vital.

A clash over empty rocks in the South China Sea would be dangerous enough. A fight over Taiwan, a vibrant democracy of 23 million people with globe-spanning economic ties, would be catastrophic. Even if America were not directly involved, its relationship with the PRC would be wrecked. Global markets would panic, even the Europeans would be forced to impose economic sanctions, China’s neighbors would inaugurate an arms race, interest in nuclear weapons would rise in Japan, and Beijing’s quest for international acceptance would crash. That would be a very high price to pay for physical reunion with the recalcitrant island, especially if no fundamental Chinese interests were being threatened at the time.

Which suggests a need for informal discussions about a long-term modus vivendi. Put formal reunification to the side, since it won’t happen quickly or peacefully when at least 80 percent of Taiwan’s population opposes the idea. Then what?

First, everyone affirm a commitment to a peaceful solution. Taipei would announce its neutrality, including in any conflict involving the United States. Thus, China need not worry about Taiwan being used as a base of operations against the mainland. Washington would indicate that while it plans to continue supplying Taiwan with defensive weapons, it has no intention of intervening in a cross-strait conflict, despite its historical ties to the ROC. The PRC would affirm that it expects to settle the sovereignty issue peacefully and dismantle missiles currently positioned to strike the island. As the Taiwan-China relationship improves, U.S.-Taiwan arms sales should diminish as an issue.

Second, Beijing and Taipei would continue to expand commercial relations, encourage tourism and engage in political talks. The two also would preserve the present informal compact, which restricts the ROC’s international stature but preserves its existing space. In areas of health and safety the PRC would back an increased international role for Taiwan. Nonpolitical contacts would continue to expand rapidly while political ties would be left to develop more slowly and cautiously.

Third, other nations would maintain robust economic ties with Taiwan and emphasize to China the importance of a peaceful resolution of any cross-strait issues. While no one, whether in Asia, Europe or elsewhere, would want to take sides in a war, many nations would find it impossible to maintain a “business as usual” attitude after PRC aggression. The threat of economic and diplomatic retaliation would help ensure that the “prize” was not worth the price. In contrast, Chinese forbearance would demonstrate that Beijing was moving into an increasingly important global leadership role.

It’s hard not to admire the Taiwanese, determined to elect who they wish rather than who their large neighbor next door prefers. Hopefully this democracy with Chinese characteristics will provide a model for people on the mainland.

In any case, everyone involved must realize that instability and war would serve no one’s interest. There’s no cause to hurry decisions on cross-strait issues, leaving lots of time to find creative approaches to satisfy both sides.