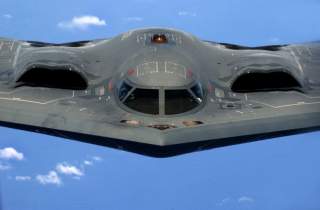 It’s been at least a few days since North Korea did anything terribly provocative. So another disruptive event was long overdue. Pyongyang just announced its fifth nuclear test. And, as always, the “international community” was shocked and appalled.

Watching the Democratic People’s Republic of Korea offers a sense of endless déjà vu. The leaders occasionally change, but the family remains the same. So does the confrontational approach to the world. And the suffering of the North Korean people.

Yet policymakers in America are notoriously blind to the implications of their many failures. “To be clear, the United States does not, and never will, accept North Korea as a nuclear state,” intoned President Barack Obama. But accept it or not, the North is a nuclear state. Some lessons should be learned from Pyongyang’s latest challenge.

1. North Korea isn’t going away. In today’s globalized, interconnected world, the North’s system of totalitarian, monarchical communism shouldn’t exist. Yet the regime persists, despite its failure to assure its people even sufficient food, let alone the many other products taken for granted almost universally by people around the globe. This most anachronistic and malignant of governments is busy developing nuclear weapons and long-range missiles, threatening to create a far more fearsome arsenal than deployed by many countries far larger and more prosperous.

2. Although the Kim dynasty is under some pressure, witness the large number of executions and high-profile defections, nothing yet suggests a dangerous fracturing of critical North Korean interests, most notably party and military. For the nomenklatura to turn on the system would risk being swept away in the resulting deluge. South Korea’s proximity would make it extraordinarily difficult for an independent North of any sort to survive if the Kim dynasty was toppled, in contrast to the Soviet Union, in which many of the old elites found prosperous new roles for themselves.

3. U.S. policy toward the DPRK has failed. Successive U.S. presidents have inveighed against a nuclear North Korea and insisted that the North would not be allowed to become a nuclear state. It is one. And its capabilities are growing. While it is true that engagement also might have failed to stop Pyongyang from going forward, isolation has achieved nothing of note, other than to punish the North Korean people for their dictators’ geopolitical ambitions.

4. There is no obvious answer to the “North Korea” problem. Almost certainly Pyongyang is not willing to negotiate away its nuclear arsenal. Sanctions haven’t worked and aren’t likely to do so without full Chinese support, which does not look forthcoming. Military action could trigger a bloody second Korean war. Which leaves Washington policymakers reduced to issuing statements after every new DPRK bad act.

5. China isn’t going to rescue the West from its discomfort. Naturally, Beijing deplored North Korea’s latest infraction, but the People’s Republic of China is angrier about South Korea’s planned deployment of the THAAD anti-missile system. Indeed, official Chinese media called on “all sides” to stop “adding oil to the flames.” At the moment the PRC fears the consequences of a North Korean collapse more than North Korean nuclear weapons. Unless Washington can address China’s concerns, Beijing is likely to tolerate a nuclear DPRK.

6. Allied expressions of shock and horror ring hollow. Surely no one is surprised by Pyongyang’s latest rejection of the dictates of “the international community.” Nor is there the slightest chance that Kim Jong-un & Co. will be impressed by the usual flood of advice, demands, and imprecations from Western capitals. To the contrary, the determination of the U.S., Japan, South Korea, and others to sound the alarm after every North Korean nuclear and missile test offers positive reinforcement for the DPRK to do the same again.

7. The U.S., South Korea, and Japan should begin considering life with the DPRK as a serious rather than incipient nuclear state. Little is gained by allied officials promising to ignore reality. Pyongyang may not yet have deliverable warheads and accurate missiles, but hoping it won’t develop them is not a strategy.

8. A nuclear DPRK does not mean war. No one wants the North to become a nuclear state, but it undoubtedly has multiple objectives for doing so, starting with defense against an alliance including the world’s greatest military power. And Washington’s willingness to attack smaller states and impose regime change whenever the Zeitgeist seemingly strikes America’s president makes it hard to criticize Pyongyang for developing a nuclear deterrent. Indeed, in Libya the U.S. didn’t even honor its agreement after that state gave up its nukes and missiles.

9. The U.S. has different interests than its Northeast Asian allies. Geography forces South Korea and Japan to be concerned about the North. And the DPRK must deal with Seoul and Tokyo. America’s involvement is entirely voluntary. Strong economic, cultural, and personal ties between the Republic of Korea and America do not translate into security interests. More than six decades after the Korean War and a quarter century after the end of the Cold War, Washington’s military guarantee is more an act of welfare for the ROK than defense of America.

10. As Pyongyang’s ability to inflict nuclear pain increases, so does the potential cost to the U.S. of its promise to defend the South. Given South Korea’s ability to take over its conventional defense, Washington should bring home its garrison. There is no reason for America to turn its military personnel, unnecessary to guard a nation with 40 times the GDP and twice the population of its northern antagonist, into nuclear hostages.

11. The U.S. must decide whether extended nuclear deterrence makes sense, that is, whether Americans are prepared to sacrifice Los Angeles for Seoul. An alternative would be for South Korea and Japan to threaten to build countervailing nuclear deterrents—which would have the added advantage of encouraging the PRC to act against North Korea. Obviously there are downsides to such a course, but nuclear involvement in an unstable Northeast Asia could end up being far costlier to America.

12. Whoever wins the election must consider a course change. The Obama administration’s refusal to talk with the DPRK unless it takes steps toward nuclear disarmament has proved to be a dead-end. Washington needs to open communication channels. While expectations should be low, the North might be willing to offer some concessions in order to improve economic growth, one of its stated priorities. And such an approach at least would increase the possibility of inducing China to apply greater pressure on the DPRK.

North Korea is well on its way to becoming a serious nuclear power. The status quo is a wreck. U.S. policy has failed. As President Obama told us eight years ago, it is time for a change. Certainly that is the case when it comes to America’s dealings with Pyongyang.

Doug Bandow is a Senior Fellow at the Cato Institute and a former Special Assistant to President Ronald Reagan. He is the author of Tripwire: Korea and U.S. Foreign Policy in a Changed World and co-author of The Korean Conundrum: America’s Troubled Relations with North and South Korea. You can follow him on Twitter: @Doug_Bandow.