Who Swallows North Korea after Its Collapse? 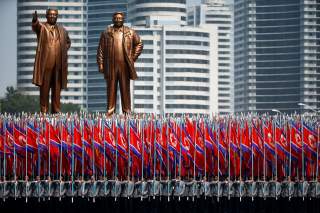