Qutb and the Jews

THE COVER of John Calvert’s book parades the face that launched a thousand suicide bombers. Sayyid Qutb, the major ideologue of modern, ultraviolent Islamic fundamentalism, is staring through bars, probably during his Cairo trial in April 1966, shortly before his death sentence was pronounced. Bushy eyebrows, a full, dark, graying moustache, large brown eyes, inquisitive, wary, worried. But by some accounts, he was looking forward to his martyrdom: “I have been able to discover God in a wonderful new way. I understand His path and way more clearly and perfectly than before,” he wrote to a Saudi colleague in June. He was hanged by the Nasser regime, along with two fellow Muslim Brotherhood activists, in the early morning hours of August 29.

A recent profile of Khalid Shaikh Mohammed, the alleged mastermind of the 9/11 attacks, says that he has spent much of his time in the American detention facility at Guantánamo Bay reading Qutb. Apparently, so have many others among the fundamentalists wreaking havoc in Middle Eastern, Far Eastern and Western cities in recent decades. Qutb is the man whose books, written as he was edging toward Islamism in the late 1940s and after his “conversion” during the 1950s, explain why Muslims must wage jihad against both the “Near Enemy”—the Western-aligned and Western-influenced regimes in the Arab world—and the “Far Enemy”—meaning the West itself, especially the United States.

Qutb was born in 1906 into a lower-middle-class family in the Nile valley village of Musha, near Asyût. He was educated at a secondary school and a teacher’s training college in Cairo, and subsequently earned his living as a teacher, Education Ministry official, journalist, novelist and Islamic thinker. As a young man he developed strong nationalist, anti-imperialist convictions; in his forties, he gradually edged toward an Islamist worldview, seeing Islam as both the means and goal of life on earth. (It was, as well, a tool which would facilitate liberation from Western colonialism; secular nationalism and the governments it spawned—Nasserist, Baathist or whatever—would not do the trick, nor would they provide the social justice and harmony that he espoused.)

The West was both evil and the source of evil, polluting and emasculating the Islamic world, culturally and politically. As Qutb grew up between the world wars in British-dominated Egypt, Western influences were all around. He acutely felt the humiliation of colonialist contempt—they “ran over Egyptians in their cars like dogs”—and in his maturity, repaid it with contempt, and a rejection, of his own. As he put it in 1943: “This [Western] civilization that is based on science, industry, and materialism . . . is without heart and conscience. . . . It sets forth to destroy all that humanity has produced in the way of spiritual values, human creeds, and noble traditions.” He contrasted Islamic society’s religiosity and morality with the West’s “materialism,” though in the 1940s and 1950s he became highly critical of Muslim Arab societies, deeming them by and large jahili (ignorant of God’s truth) if not downright kafiri (apostatic). A few years later he wrote of the “struggle between the resurgent East and the barbaric West, between God’s law for mankind and the law of the jungle.” But Qutb, in the immediate post–World War II years, though hateful of Zionism and its Western backers, admired the two right-wing Zionist militia groups, the Irgun and the LHI (the Stern Gang), because of the success of their assassination and terror campaigns that had given the British a bloody nose.

Qutb’s anti-Westernism was reinforced by his two-year sojourn in the United States between mid-1948 and mid-1950. He was sent there by the Egyptian Education Ministry to study the American education system—and learn English. Not everything he reported then, or later, about the United States is credible; employees in a Washington, DC, hospital, he claimed, rejoiced upon hearing of the assassination in Egypt in February 1949 of the founding head of the Muslim Brotherhood, Hassan al-Banna. An unlikely story, to say the least. But he certainly came away from the visit with a sense of American racism, reacting no doubt to both real and imagined slights. “They talk about coloured people, like the Egyptians and Arabs generally, as though they were half human,” as he put it in an article after his return to Egypt. “Their swaggering in the face of the rest of the world,” he was to write, “is worse than that of the Nazis.” And so, he concluded (and the distance from here to 9/11 is quite short):

The white man, whether European or American, is our first enemy. We must . . . make [this] the cornerstone of our foreign policy and national education. We must nourish in our school age children sentiments that open their eyes to the tyranny of the white man, his civilization, and his animal hunger.

By “animal hunger” he was referring to what he regarded as the sexual promiscuity that he encountered at every turn. Never mind the nightlife of New York or the mores of Los Angeles. Even a church social he attended in Greeley, Colorado, was execrated:

The dance hall was illuminated with red, blue and a few white lights. It convulsed to the tunes of the gramophone and was full of bounding feet and seductive legs. Arms circled waists, lips met lips, chests met chests, and the atmosphere was full of passion.

American women in general he described as having “thirsty lips . . . bulging breasts . . . smooth legs,” all topped off by “the calling eye . . . [and] the provocative laugh.”

Indeed, after returning to his homeland, he had nothing good to say of the United States—whether it be about the climate, American sloth or the unattainability of a good haircut. Qutb saw it all as shallow and obsessed with vile concepts of materialism and brute strength. American civilization was so deformed that, “when the wheel of life has turned and the file of history has closed, America will have contributed nothing to the world heritage of values.” (Qutb’s summation reminds one of a recent declaration by a former archbishop of Canterbury that the Muslim Arab world has contributed nothing of worth to mankind in the past seven hundred years.)

BUT WESTERN sinfulness was not restricted to their own lands. America was busy spreading its values eastward, polluting (and thus enfeebling) the Muslim world. In addition to neutering its males by denying them power, the West was subverting the traditional (inferior) role of women; exporting the notion of feminine equality, which was leading to “discord” (fitna) in Muslim societies. Women were suitable only for domestic, not public, responsibilities, thought Qutb. Moreover, unchecked, now-liberated feminine sexuality was tempting men into sin, corrupting the social order.

As history professor John Calvert demonstrates in this biography, quoting from Qutb’s writings, the would-be-nationalist-reformer-turned-Islamist was fixated on the malign power of feminine sexuality years before reaching America’s shores; the journey to the land of the infidels only secured a hatred that would later spawn violence in so many. He never married and, Calvert opines, “probably died without ever having had sexual relations.” Perhaps he never found a woman who was sufficiently unsullied; perhaps women found him unattractive. Whatever its origins and development, a clear psychopathology was at work here. Ever repressed, Qutb both idealized women and was deterred by their unleashed sexuality. He was to inveigh against Egypt’s popular singers that they debased true love and against businesses, which, to make a profit, splashed “naked thighs and protruding breasts” across magazine covers. He said that this sapped the will of the nation (an image reminiscent of General Jack Ripper in Dr. Strangelove, who saw all around him a Commie plot to pollute Americans’ “vital bodily fluids”). Sexual permissiveness contributed to the decline of Athens, Rome and Persia. Licentiousness, Qutb declared, was “now working for the destruction of Western civilization. . . . France is foremost because she took the lead in shedding moral inhibitions. She succumbed in every war she fought since 1870.” (Presumably, the Arab states’ loss of all their wars since their emergence—against Israel, the United States, etc.—was due to their corruption by the West.)

Calvert doesn’t elaborate on this point, but sex does seem to be at the heart of so much modern terrorism. Frustrated male and female sexuality, borne of socially ordained repression and a sense of sinfulness and self-loathing, without doubt provides one key to understanding our time’s Islamists. It is no accident that the prize of seventy-two dark-eyed virgins is held out to the young male recruits as they strap on their explosive vests; and that Palestinian women suicide bombers more often than not are spurned or abandoned by their actual or prospective spouses just before setting out on missions. Energies that otherwise would have been directed toward sex are diverted to violence.

And so inbred is the hatred of their own desires, nurtured by the repressiveness of Muslim societies, that when they come in contact with the sexual allure of the West, that, too, can set the murderousness in motion. The Hamburg-cell bombers and the pilot trainees who eventually flew into the Twin Towers often spent their evenings with German and American girls in sleazy bars. This apparently induced both loathing of the temptresses, who represented the West, and self-loathing resulting from the temptresses’ success in subverting their Islamic values and identities. Palestinian Hamas’s pamphlets frequently excoriate the loose morals purveyed by Israeli society and culture as one reason for extirpating Zionism from the midst of the believers, whom they contaminate by their very existence. 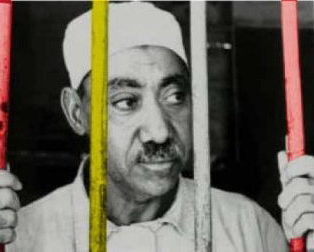