‘Rethinking’ Nehru for a Rising India 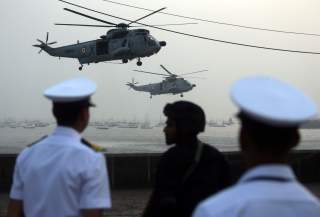 The shape of Asia is rapidly changing. Even debates about how to describe the region reveal a number of geostrategic fault lines. Beijing’s Belt and Road Initiative (BRI) and Maritime Silk Road (MSR) is increasingly contrasted with the Indo-Japanese construct of the Indo-Pacific region. Questions around India’s role in the region lurk behind the rhetoric in both frameworks, revealing the primary question of our time. Will the People’s Republic of China (PRC) define the future of Asia, or will India? Or will it be a combination of both regional great powers? There are real challenges for India to overcome before it can assert itself as an equal leader vis-à-vis China in either the military sphere or the political sphere. Certainly, this will require a reorganization of India’s foreign and security policymaking structures and a rethinking of its traditional approaches toward external relations.

India is a middle power, with the potential to be a great power—possibly even a regional hegemon. While it may not wish to pursue such a high ambition, it may not have the luxury of choice as the Indian Paradox takes shape. The paradox is that the less assertive India is in its own immediate neighborhood—seemingly in line with the peaceful approach of Jawaharlal Nehru—the more likely it is that Nehru’s values of sovereignty and democracy will be eroded across the Indian Ocean Region. The widespread erosion of sovereignty and good governance through Chinese machinations is gradually picking up speed. The leasing of Sri Lanka’s Hambantota Port to China after Colombo defaulted on loans pushed on it by China in the first place was the first sign of this. Other states in India’s neighborhood that have been identified as vulnerable to debt into include Pakistan and Maldives, with many others in the wider region—including Laos, Tajikistan, Kyrgyzstan and Mongolia—also falling into this category. Seen in the wider context of the PRC’s decision to annex and militarize the South China Sea—a sea lane of vital economic significance to India—there are serious reasons for why India needs to begin thinking about how it reacts to the PRC’s strategic vision for the region.

For a discussion to be had around the need for India to adjust its foreign policy to evolving geopolitical realities, it is vital that Indian foreign-policy elites “rethink” the legacy of Nehru, India’s first prime minister. Nehru, a product of British schooling, considered himself an internationalist with “India in his blood” and his foreign-policy philosophy was a lifelong attempt to reconcile the contrasting aspects of his background. He admitted that his young country neither had the military means nor the economic prowess—and not even the will—to influence events beyond its borders. Therefore, he argued, India must adopt a “positive” foreign policy in order to lessen the tensions that defined the Cold War era. This policy—essentially a balancing act between the West and Eastern bloc—took form as the Non Aligned Movement (NAM), which had at its core the principle of safeguarding the autonomy of countries like India. It manifested itself as Indian efforts to harness solidarity between newly independent countries, and colonies across Asia and Africa, campaigning for their greater political and economic agency.

Even during Nehru’s lifetime, flaws in his approach became evident. Famously, he was a strong advocate of China’s inclusion into the United Nations Security Council, arguing that denial of great-power status to Communist China would disturb the peace. He also supported the PRC’s claims over Taiwan, going as far as reportedly rejecting offers from the United States and the USSR for India’s own permanent inclusion into the elite body if it came “at the cost of China”—to whom, he believed such an arrangement would be “unfair.” As has become evident, Nehru’s spirit of cooperation was not reciprocated by the PRC, which continues to oppose New Delhi’s admission into the UNSC and the Nuclear Suppliers Group. Nehru’s ill-conceived China policy ultimately lead to his downfall when the PLA attacked India’s western and northeastern frontiers in 1962.

Despite this, Nehru remains a towering figure in Indian conceptions of its foreign-policy identity. The undying popularity of the Congress party and his own larger than life persona meant that his understanding of the world, and India’s place therein has taken root both among the foreign-policy elites and the bureaucracy. And now as the situation around India changes, and its choices become increasingly constrained by China’s Belt and Road Initiative, it is becoming clear that this Nehruvian temperament—an inclination towards strategic autonomy and the reticence to project of power—is threatening to limit India’s ability to defend the very values of sovereignty, democracy and internationalism that Nehru espoused.

Certainly, there are signs that the nonalignment’s primacy is under threat. Narendra Modi has articulated a more actively engaged vision of India as he seeks to pull it out of its balancing role and into a leading one. His pursuit of the port project in Chabahar, the “Act East” policy, and his willingness to reengage with the U.S.-Japan-Australia-India Quad, are examples of his attempts to defend India’s national interests and values. Under his watch, India has been developing stronger ties with countries that face a direct or indirect threat to their sovereignty as a result of the PRC’s debt-trap diplomacy and its disregard for the rules-based international order. New Delhi has strengthened its strategic partnership with Hanoi, has built positively on its inaction in the Maldives, and it has significantly re-energized its ties with the Central Asian States and Mongolia.

However, so deeply embedded has Nehruvian nonalignment been among India’s foreign-policy elites that a version of it has crept back into primacy. Known as “multi-alignment,” the “new” strategy continues to prioritize India’s tactical maneuvring space and preserve its strategic autonomy. But as India aligns with all, so it is really aligning with none. As with nonalignment, multi-alignment erodes away Indian foreign policy’s firm strategic anchoring, and creates what S. Kalyanaraman, an analyst from the think tank IDSA, calls a “trust deficit” between India and others. In many ways, India is no different from many other great powers that have sought to deal with the rise of China. President Barack Obama’s senior China adviser, Evan Medeiros, famously identified U.S. policy toward China as one of hedging—a combination of engagement and balancing. It has become increasingly clear in Washington, that the U.S. strategy of hedging China’s rise has failed to deter or shape Chinese choices; there are even some who argue that it has empowered China even further, as it has used trade and investment to bolster its military power and political leverage.

The “new” strategy of multi-alignment shares many components with hedging, and like its American variant, it has failed to deter Chinese assertiveness, while also failing to win India strong, reliable allies. After winning some breathing space from Chinese encroachment on its Northern border, for example, Modi rewarded the PRC with a rapprochement. India also found itself unable to counter events in the Maldives, when a Chinese squadron sailed into the Indian Ocean. This sparked a disastrous unfolding of events in Malé, which is where pro-Beijing Abdullah Yameen had sent troops to storm the country’s Supreme Court—despite requests from democratic Maldivian opposition for an Indian intervention. India’s multi-alignment has also failed to win strong friends among the Quad, as it continues to prevent Australia from taking part in future naval exercises out of respect for Beijing’s wishes. The fact that the Quad is considered provocative to China, belies its informal and nonobligatory nature. And yet, New Delhi’s approach constrains it from developing partnerships that would help it defend Nehruvian principles.

While Nehru remains a founding father of Indian foreign policy, his legacy must be understood in its context. If his principles are to remain the foundation of India’s near abroad, then its leaders will have to move beyond nonalignment and reticence.