The ‘Troika of Tyranny’ Is a Mistake 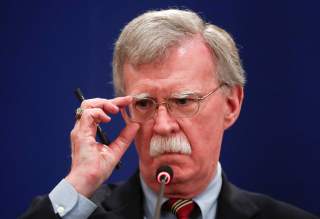 On November 1, National Security Adviser John Bolton gave a speech that called for minimizing diplomatic contact with Cuba and ramping up sanctions on Venezuela and Nicaragua. Dubbing the three socialist countries the “Troika of Tyranny,” Bolton demonstrated two things. First, it was yet another indication that neoconservatism’s influence in the Trump administration is rising. But it also makes it clear that neoconservatives have learned nothing in the last twenty years.

There is no question that Cuba, Nicaragua and Venezuela are controlled by oppressive left-wing governments who jail political opponents and restrict basic freedoms like those of speech and press. In Nicaragua, the government has killed over 300 people since protests against the president erupted in April. Venezuela has jailed hundreds of political opponents and cracked down hard on protests against President Nicolas Maduro’s regime. And Cuba, despite a few promising signs of economic liberalization, continues to be a single-party communist state—one which may have even attacked U.S diplomats.

But Bolton’s proposed policy measures will not solve the problems these countries face. Venezuela is suffering under economic collapse, wherein the population struggles to buy basic goods due to extreme hyperinflation. Two million people have already fled the country. Bolton’s plan to continue sanctioning a regime that doesn’t care about its own people’s well-being will only make Venezuelans’ lives worse.

Furthermore, the Trump administration’s call to ramp up sanctions against the Maduro regime sounds eerily similar to what the U.S. did to Iraq in the years leading up to the invasion of Iraq. This is concerning because it might not be just talk—President Donald Trump has already spoken of invading Venezuela. Just like it did when the United States invaded Iraq, this would almost certainly lead to disaster for the country and create instability in an already unstable region. Another invasion would also further damage the United States’ international reputation, as the world will continue to view us as aggressors and a threat to world peace.

Bolton’s labeling of Cuba as part of the “Troika of Tyranny” also shows how far U.S-Cuba relations have fallen since the Obama administration lifted some restrictions against the nation. Now, the United States has continued the economic embargo of Cuba, even though we still trade with oppressive countries like China and Saudi Arabia. But our efforts have actually strengthened the regime in Havana, not weakened it because it allows the regime to blame the United States for their economic woes instead of their political ideology. Believing that more sanctions will lead to Cuba’s liberalization is foolhardy, at best.

But the most disappointing element of Bolton’s speech is the proposed cutoff of more diplomatic channels with Cuba. Even at the height of the Cold War, diplomatic channels between the United States and the Soviet Union continued when we recognized that talking with our adversaries is better than needlessly ending communication to spite them. The Obama administration’s decision to thaw our relationship with Cuba was the right one, and Trump’s reversal is a mistake.

This is not to say that Obama’s Cuba policy was always successful. Obama ended the “wet-foot, dry-foot” policy which gave Cuban refugees legal status in the United States if they stepped foot on American soil. Trump has not reinstated the policy, which means Cubans fleeing to the United States face the possibility of being sent back to tyranny. As a result, they’re forced to choose between an oppressive Communist regime or a neighboring nation that continues to make their lives more miserable.

The most heartbreaking aspect of Bolton’s speech, was, ironically, the best part. Bolton spoke of Americans and their children who are able to experience the “American Dream,” and praised immigrants who sought to live a better life in the United States. As Vox’s Alex Ward wrote, “It’s a moving, uplifting message about how people around the world can escape tyranny and thrive in the United States. The problem is the Trump administration wants to deny that opportunity to thousands of people.”

The best thing for Washington to do is to accept those refugees escaping from totalitarian regimes and allow them to create new lives here. The United States has had a long history of accepting refugees from socialist countries like Cuba and Vietnam, and it should continue that proud tradition. But the Trump’s administration policies, acutely embodied by Bolton’s recent speech, show it only wants to continue the mistakes of the past. The types of sanctions Bolton recommends have led to violent interventions—all while leaving the people who will suffer to fend for themselves.