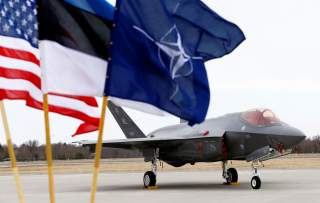 It is one hundred years since the Treaty of Versailles was signed to bring about the end of World War I. In the popular imagination, the treaty is often remembered as a failed attempt to foster a stable world order in the wake of one of the bloodiest conflagrations in human history. And to be sure, the punitive (“Carthaginian”) peace inflicted upon Germany and the short-sighted failure to accommodate a rising Japan at Versailles did indeed help set in motion a series of geopolitical events that would culminate in the outbreak of World War II just twenty years later, a conflict that swept away much of the international architecture put in place in Paris, 1919.

But there is one legacy of Versailles that continues to profoundly shape international order to this day: the great edifice of American internationalism. For it was during the Paris Peace Conference that the United States first cemented for itself a leading role in global affairs. And even if U.S. foreign policy has undergone dramatic shifts over the past one hundred years, it has always been the case that America’s actions on the world stage have had an outsized influence on international law, order, and organization—a towering international presence that can be traced back to that historic gathering of world leaders at Versailles.

The Treaty of Versailles emerged from six months of negotiations following the Armistice of November 1918. During that period, Woodrow Wilson quickly established himself as the leader of the victorious Allies and, by extension, the entire world. It was the first time in modern history that a non-European power had exerted decisive influence over such a wide-ranging international settlement. America’s president took on the role with boundless energy and enthusiasm.

Wilson’s vision for world order—and America’s place in it—was as contradictory as it was ambitious. On the one hand, Wilson was a moralist and an idealist. He argued vociferously for the rights of Central and Eastern European nations to determine their own futures. Yet he simultaneously supported the rights of Europeans and the Japanese to remain in possession of their overseas empires, earning him the lasting enmity of anti-imperialists in Asia and Africa.

Similarly, Wilson had enormous faith in the power of international law to regulate relations between states. He championed the new League of Nations as a dispute-resolution forum and openly imagined a future free from war. But Wilson was no stranger to the use of force. As well as taking the United States into World War I, his administration approved numerous military interventions and occupations in the Western Hemisphere, launched an unprovoked invasion of Bolshevik Russia in 1918, and authorized the occupation of the Rhineland in order to keep postwar Germany subjugated (U.S. troops would remain in Germany until 1923).

In sum, Wilson’s internationalism was an incongruous mix of foreign policies: liberalism, imperialism, democracy, militarism, institutionalism, legalism, interventionism, and much more besides. Perhaps all that held “Wilsonianism” together as a political philosophy was an eminently progressive belief that international affairs did not have to be an amoral and anarchic realm of political action; that world governments—and especially the United States—could and should conjure a world polity capable of delivering order for all the world’s peoples.

The standard telling is that the American people rejected Wilsonianism when they chose Warren G. Harding as their president in November 1920, a man who promised a “return to normalcy” in place of the tumult of Wilson’s second term. But this conventional wisdom overlooks the ways in which every U.S. president of the past one hundred years—including the interwar presidencies of Warren G. Harding, Calvin Coolidge, and Herbert Hoover—has embraced different strands of Wilsonian internationalism.

For example, while the United States declined to join the League of Nations, it remained an active participant in a broad range of international institutions throughout the 1920s and 1930s—not least of all the Treaty of Versailles, which both President Coolidge and President Hoover worked hard to preserve by proposing schemes (the Dawes Plan and the Young Plan, respectively) to allow Germany the breathing space to keep paying the financial reparations that were, in many respects, the settlement’s lifeblood.

Indeed, the interwar presidents did not skip a beat in pursuing peace through international agreement. They each firmly believed that other world powers could not be left alone—that American leadership abroad was essential to both national flourishing and international stability. In 1921, for example, President Harding convened the Washington Naval Conference to regulate the size of the world’s navies, in hopes of reducing the risk of another catastrophic war. In 1925, Coolidge oversaw the ratification of another arms control agreement, the Geneva Protocol, which prohibited the use of chemical weapons. Three years later, his administration signed up to the Kellogg-Briand Pact to formally outlaw the use of force as a tool of diplomacy and a means of territorial acquisition.

In 1941, Japan’s surprise attack on Pearl Harbor served as a powerful reminder that international institutions would never be enough to keep the world tranquil and the United States safe. Just as the sinking of the Lusitania and the interception of the Zimmerman Telegram had convinced Americans to support entry into World War I, so too did the experience of Pearl Harbor seem to make clear that events overseas could not be held at arm’s length forever. As president, FDR realized that what was needed was a U.S.-led world system capable of maintaining international order far beyond America’s shores—a system, in other words, like that which Wilson had proposed two decades earlier.

Ever since 1945, the United States has invested enormous amounts of blood and treasure to build a “liberal” world order characterized by multilateral institutions but underpinned by the use (or threat) of hard military power. It has been an order that has tolerated empire, both in its original form and its neo-colonial guises. Political ideals such as democracy and universal human rights have blossomed, but they have been applied unevenly. Commerce has expanded, even if some have shared in its benefits much more than others. War has not been eradicated entirely, but it has been regulated in some important ways. A global color line remains firmly in place.

In other words, the current world order is a thoroughly Wilsonian project: woefully imperfect, riddled with contradictions, and essentially an outgrowth of American power. In the United States, support for American participation in this world order comes from a vast array of domestic groups—liberals, neoconservatives, militarists, progressives, capitalists, environmentalists, humanitarian interventionists, and others—each of whom find something irresistibly attractive about the institution of U.S. global leadership even if they detest other aspects of America’s stewardship of international affairs.

This is the legacy of Versailles for U.S. foreign policy: a revolving door of internationalists to alternately push the country in the direction of multilateralism versus unilateralism, militarism or restraint, but always internationalism and order-building of one sort or another. Over the course of one hundred years, it has become almost impossible to imagine anything different. The liberal world order is the American world order. Wilson won, and the implications for the rest of the world have been nothing short of epoch-defining.

The Treaty of Versailles was signed on June 28, 1919, in the Hall of Mirrors. High up on the wall, overlooking the assembled statesmen, was the inscription: Le Roy Gouverne par lui même (“The King governs alone”). Back then, the United States did not quite govern alone even if it was the most powerful country in the world. Americans did, however, seek a far greater say for themselves than they would consider allowing other countries. They still do. Few in the United States would have it any other way.