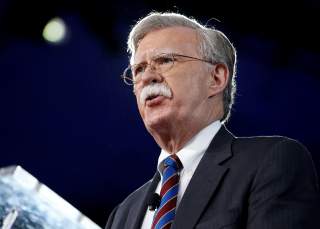 It is hard not to know John Bolton’s views. All one has to do is to turn on Fox News in order to know that he is hawkish on North Korea, hawkish on Iran, hawkish on terrorism and a strong supporter of Israel. He will not change those views when he moves into his West Wing office. That is not John Bolton.

Four factors will determine whether he will succeed in his new job, however.

First, Bolton has a reputation for not having gotten along well with his colleagues at the State Department when he was in office. That may be true. But he was never fired by his bosses. Evidently, he knew there were limits, red-lines that he could not cross. And he never crossed them. It is true that he was never confirmed by the Senate to become ambassador to the United Nations. His failure to be confirmed was due to opposition by the Congress, however, not a result of sabotage by his colleagues in the George W. Bush administration. As national security advisor his job will be to provide the president with alternatives based on the different views of the executive agencies and the men and women who lead them. If he is to succeed, he will have to get along to go along.

Second, Bolton inherits a very professional staff at the National Security Council. H. R. McMaster retained the best of Michael Flynn’s team, added numerous experts to it and dropped the amateurs. Some of the best staffers have left, of course, notably Dina Powell, who was McMaster’s highly capable and well-liked deputy. But officials of the caliber of Nadia Schadlow are as good as any national security advisor might hope for. Bolton should keep her and many of the others on the team.

Third, Bolton will have to maneuver around Jared Kushner. Kushner no longer has the clearance that he never should have received in the first place. His reputation continues to be challenged on a daily basis: his financial dealings are the subject of ongoing speculation; his ability to manage any project to a successful conclusion remains very much in doubt. He is no professional, as is Bolton. But Kushner is the president’s son-in-law, and will continue to wield considerable influence in a White House where family gets the last word before presidential decisions. Moreover, although it is long past the time when he should have moved back to New York, Kushner will not leave Washington until he is ready to do so. If he is to remain in his job for any time, Bolton, a serious foreign policy professional, will have to swallow hard and accommodate Kushner the amateur.

Fourth, Bolton will have to work with the president. Bolton may be a fire breather, but he is a man who cares deeply about his country. Donald Trump is a narcissist; he cares deeply about Donald Trump. At some point, as he so often has been wont to do, Trump will reverse a policy that Bolton has advocated, and about which he feels strongly. Perhaps the reversal will involve a recommendation from Kushner. At that point, one can expect Bolton, whose integrity is rock solid, to stand up to the president—who will then fire him. Given the tenure of Bolton’s predecessors, that could happen in less than a year.