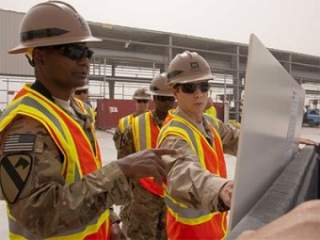 THE JANUARY 2014 AL QAEDA TAKEOVER of the Iraqi cities of Fallujah and Ramadi, the scenes of some of the bitterest fighting between American and insurgent forces only a few years earlier, has prompted numerous questions along the lines of “Who lost Iraq?” and “Was the intervention in Iraq generally, and in these towns in particular, all in vain?” Of course, with hindsight, more and more Americans have come to the conclusion that the answer to the latter question is “yes.” It is always easy to be a Monday-morning quarterback, and Washington has no shortage of those who look brilliant when they start looking backward.

At the time, however, the case for intervention, backed by intelligence that many policy makers took at face value (whether they should have done so is still another issue) was far stronger than it appears today. Indeed, there are still those who firmly believe, in the face of so much evidence to the contrary, that, as one analyst has put it, “whatever was gained came at horrendous cost. But Iraq is changed, and in many ways for the better. So not all is lost.” Perhaps.

Nevertheless, the reemergence of a radical Sunni threat to the Shia-led Iraqi state raises a much more fundamental issue that goes well beyond the case of Iraq itself. When the United States invaded Iraq to remove Saddam Hussein from power, its leaders had not taken into account the implications of occupying a state that was artificial from birth. Washington’s objective—to transform the Iraqi dictatorship into a force for peace and moderation in the Middle East, and to do so by promoting good governance in Baghdad—presupposed that good governance was even possible in a state whose citizens did not want to live alongside one another, unless they were forced to do so. Did the United States and the international coalition that supported it fool themselves? More to the point, should foreign nations, and America in particular, intervene with land forces in the Middle East—or, indeed, elsewhere in Asia, or in Africa—to preserve or create stability and good governance in states that are inherently artificial?

IT IS WORTH LOOKING AGAIN at both Iraq itself and its neighbors in the Middle East before considering the wider aspects of this question. In the aftermath of World War I, Britain inherited the three former Turkish provinces of Basra, Baghdad and Mosul, which were combined under a League of Nations mandate into a single unit called Mesopotamia. The mandate took no account of the different ethnic and religious groups in the new entity, despite the Kurds’ effort to gain their own independent state. Britain established a puppet government under the rule of King Faisal I, son of the sherif of Mecca. Faisal, a Sunni Muslim, surrounded himself with a clique of Sunni advisers who suppressed an increasingly hostile population (especially the Shia and Assyrians) with the aid of British military force. Britain, financially exhausted and frustrated by its inability to foster good governance in the League’s artificial creation, finally persuaded the League to recognize Iraqi independence in 1932, though London’s promises of self-determination had not been fulfilled.

The American experience seven decades later was virtually identical. Only the names of the actors had changed. The country was still led by a corrupt king, this time a secular one. Minorities were brutally suppressed. America—and indeed Britain as well—intervened with the intent of providing leadership and promoting good governance. All it did, however, was to replace one dictator with another and brutal minority rule with brutal majority rule.

The history of a large part of the rest of the Middle East since World War I is not much different. Whether one examines the recent history of Libya or Yemen or Syria or Lebanon or Sudan or even Egypt, one finds patterns roughly similar to that of Iraq. In most cases, Ottoman rule was followed by colonial domination, usually with a puppet monarch, over territories that did not match ethnic boundaries. In virtually all cases, ethnic groups engaged each other in civil strife that at times led to outright civil war. Kings were replaced by strongmen. Strongmen were overthrown in coups, usually to be replaced by new ones. Foreign interventions made little difference.

Libya, once an Italian possession, and Yemen, part of which was under British control, both were artificial combinations of territories with vastly differing ethnic populations. Both were initially led by kings. Both suffered from civil wars and currently continue to do so. Western and Arab states have intervened in both, resulting in chaos in Libya and ongoing instability in Yemen.

Like Iraq, Syria and Lebanon were both created in the aftermath of World War I, initially the products of the 1916 Anglo-French Sykes-Picot Agreement and subsequently French mandates under the League of Nations. Both states were completely artificial, consisting of a combination of previously Ottoman provinces that had hewed more closely, though hardly exactly, to the ethnic and religious populations that resided in them. Syria, like Iraq (and Yemen), was initially ruled by a king—the very same Faisal I, who, upon failing to consolidate power in Damascus, shifted his attention to Iraq. Syria then came under the rule of a succession of unstable governments, with coups virtually the norm, until the rise of General Hafez al-Assad, the son of a sheikh of the minority Alawi sect, who had advocated a string of minority enclaves—including a Jewish one—along the Mediterranean Sea as a bulwark against Sunni domination. From his base as general secretary of the ruling Baath Party, Assad became the country’s strongman after its defeat by Israel in the 1967 Six-Day War, successively serving as prime minister and then, after a successful coup, president for the remainder of his life. His far less capable but equally ruthless son, Bashar, now rules, and with the benefit of support from Russia, Iran and Hezbollah shows no sign of departing anytime soon.

Lebanon, which emerged from the consolidation of five previously Ottoman provinces, never had a king once the Ottomans departed, but was every bit as unstable as Syria. It had been plagued by civil strife during the period of Ottoman rule, and was wracked by civil wars afterward as well, the most recent being the fifteen-year civil war that began in 1975. It has also been the victim of Syrian, Israeli and American interventions, as well as of rival warlords and militias, with a virtually independent southern region under the control of Hezbollah. It currently is once again on the verge of civil war, as the Syrian civil war continues to spill over into its territory, and tensions between Hezbollah and Lebanon’s other religious groups—the Sunnis, Druze and Christians—which were never far below the surface, continue to heat up once again.

Sudan, once an Ottoman domain, later was conquered by Egypt and subsequently became an Anglo-Egyptian condominium, though by then Egypt was itself under British control. In the aftermath of the 1952 Egyptian revolution, Sudan achieved independence in 1956. Within two years, however, it suffered from the first of several coups. With two brief intervals, it has been under continuous military rule since 1969. From its inception as an Egyptian conquest, the country artificially incorporated both an Arab North and a black, animist South. Civil war between the two racial groups first broke out virtually at the same time as the Anglo-Egyptian condominium ended in 1955, just as independence was about to be proclaimed. A second civil war began in 1983, and only ended when the Arab North was forced to grant independence to its black African southern region in 2011. South Sudan is now itself being torn by civil strife, with the Arab North now attempting to mediate the dispute between Sudan’s two main rival groupings, though several others are also at war with the central government.

Although ethnically (but not religiously) homogeneous, Egypt’s modern history also reflects the pattern of Ottoman rule, beginning with colonial domination and a monarchy, followed by military rule and punctuated throughout by unrest and revolutions. The country remained under Ottoman rule until 1882, when it became a de facto part of the British Empire, though ruled through a succession of puppet kings. The 1952 revolution brought the country under military rule, which persisted in fact if not in form until the 2011 revolution, and subsequently returned after a year in which the now-outlawed Muslim Brotherhood controlled the government.

It is arguable that even several of the Middle East’s monarchies—which have been relatively stable, at least in the sense that none has been overthrown recently—are in some ways as precarious and artificial as those states ruled by the generals. Jordan, initially an Ottoman possession, was a British creation, carved out of what had been mandatory Palestine in 1921 and established as a separate British mandate the following year. It has suffered from varying degrees of unrest virtually throughout its existence, with the most marked examples being the assassination of its first king, Abdullah I, in 1951, various assassination attempts against his son, King Hussein, and the Palestinian insurrection beginning in 1970 known as Black September. Saudi Arabia was born out of warfare; it came into being when King Abdul Aziz Ibn Saud conquered the Hejaz in 1925 after previously conquering the Nejd. The country, initially part of the Ottoman Empire, was formally unified and given its current name in 1932.