Afghanistan’s Fall: Were We Using the Wrong Historical Analogies? 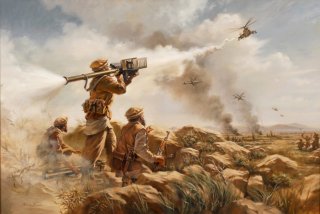 It shouldn’t have happened this way. For the Kabul government to collapse and the Taliban to seize power in Afghanistan even before the completion of the U.S. and coalition military withdrawal did not make sense. This was only supposed to have occurred some months or even years after the withdrawal—according, at least, to what appeared to be the most relevant historical analogies: the U.S. withdrawal from South Vietnam and the Soviet withdrawal from Afghanistan.

The withdrawal of U.S. forces from South Vietnam began in January 1973 and was completed by the end of March 1973. Congress cut back (but did not cut off) the administration’s request for military assistance to Saigon in 1974. South Vietnam fell to the Marxists in April 1975 (as did Cambodia in the same month and Laos shortly thereafter). In other words, South Vietnam was able to survive for just over two years after the United States had completely withdrawn.

The USSR completed its withdrawal from Afghanistan in February 1989, but Mikhail Gorbachev continued providing military assistance to the country’s Marxist regime even after the 1989 collapse of communism in Eastern Europe. Boris Yeltsin, though, ended Russian arms supplies shortly after the collapse of the USSR in December 1991. By the following April, Afghanistan’s Marxist regime had fallen to its mujahideen opponents. In this case, then, Moscow’s beleaguered ally was able to survive for over three years after the completion of the Soviet withdrawal.

So why didn’t the U.S.-backed Kabul government survive until the completion of the U.S. withdrawal, much less two or three years after it? Washington did not cut off arms supplies to Kabul, which had plenty of U.S.-supplied weapons already. Indeed, the U.S. agreement with the Kabul government, Pakistan, and Uzbekistan in July 2021 about continued economic relations appeared designed to keep U.S. arms supply routes open.

Nor does Pakistani support for the Taliban explain the difference. Soviet and Chinese military support to Hanoi continued after the 1973 U.S. withdrawal but the Saigon government hung on for two years while Pakistani—and American—support for the mujahideen continued after the February 1989 Soviet withdrawal and the Najibullah regime hung on for three years. Recent Pakistani support for the Taliban alone, then, does not seem to explain the rapidity of the Kabul government’s collapse in 2021.

So, what does? Instead of looking at historical analogies that do not parallel what just occurred in Afghanistan, we should be looking instead for an analogy that is more similar. And there is one. Despite the many differences in the two cases, the most similar analogy to the recent collapse of the Kabul government may be the collapse of communism in Eastern Europe in 1989.

In the summer of 1989, Gorbachev—the reformist Soviet leader who was battling his hardline rivals in Moscow—signaled that the USSR would not use force to defend the increasingly beleaguered hardline communist regimes in Eastern Europe. It is not at all clear, though, that Gorbachev anticipated that this would lead to the rapid downfall of communism and the emergence of pro-Western governments throughout the region soon thereafter. While he undoubtedly understood that his statement would weaken Eastern Europe’s communist hardliners, he appears to have been vain enough to believe that they would be replaced by communist reformers like himself, and that this would both earn the gratitude of East European publics and strengthen his own position in Moscow.

Once it became clear, though, not only that Eastern European security services were unwilling to defend their communist regimes (except for some portion of them in Romania) against overwhelming public demand for political change, Gorbachev faced a stark choice: reverse course and use Soviet forces to preserve the communist regimes or allow them to fall. Not only was there no guarantee that Soviet forces (which were still present in Eastern Europe) would have been able to quickly prevail against the anti-communist opposition, but even the attempt to do so would have ended Gorbachev’s détente with the West and perhaps even his pursuit of ambitious reforms in the USSR.

Indeed, Gorbachev was undoubtedly well aware of how reform efforts by Nikita Khrushchev in the mid-1950s and (admittedly more anemic ones) by Alexei Kosygin in the mid-1960s led to the rise of widespread domestic opposition to communist rule in Hungary in 1956 and Czechoslovakia in 1968 respectively. Not only were Soviet forces used to forcefully crush these movements and put more reliable communist leaders back in control, but the need to do so contributed to a challenge to Khrushchev’s leadership by several of his colleagues in 1957 and to the harder-line Leonid Brezhnev’s gaining precedence over the more reformist Kosygin. These were the historical analogies that Gorbachev may well have had in mind in 1989.

The situation that Gorbachev faced in Eastern Europe in 1989, then, was very similar to the one that Joe Biden faced in Afghanistan in 2021: allow (one or more) regimes that proved more vulnerable than anticipated to collapse or undertake a massive use of force to prop it (them) up. Such an effort would have been extremely difficult, costly, and a distraction from what each leader considered to be more important domestic and foreign policy priorities. Both Gorbachev and Biden chose the former course of action.

Historical analogies, of course, do not necessarily play out exactly. The question now is whether the recent downfall of the Kabul government will cascade into the downfall of other governments like the collapse of first the Polish communist regime cascaded into the demise of others in Eastern Europe in 1989. Jihadists in many countries have certainly taken to heart how the Taliban’s success in Afghanistan boosts their prospects for doing so in their own countries. Still, if the precipitating cause of the Taliban’s recent victory was the American withdrawal, it does not seem likely that anything similar is going to take place in any of Afghanistan’s immediate neighbors. Russia is already signaling its willingness to defend the Central Asian republics, China is not going to withdraw from Xinjiang, and Shi’a-ruled Iran has shown its willingness to suppress any Sunni opposition group within its borders. While the Pakistani armed forces have supported the Afghan Taliban, they have also fought vigorously to keep the Pakistani Taliban and other anti-government jihadist groups contained. Just as importantly, the Taliban now claims to want good relations with Afghanistan's neighbors.

However, where the withdrawal of foreign forces could lead to the rise of jihadists is in the Sahelian countries of Africa. If the French forces which have been present there are withdrawn in 2022 as President Emmanuel Macron has indicated, the relatively weak government forces (like those of the Kabul government) may not be able to prevent jihadists from seizing parts or even all of these countries. But of course, this could have occurred even if the Taliban had not returned to power in Afghanistan. For at the end of the day, it is not what occurred previously in one country or another that determines what will now occur in any given country, but what the conditions in that country happen to be at the present. Historical analogies from the past are only useful in pointing out what might happen in the present and future, but not necessarily what will happen.