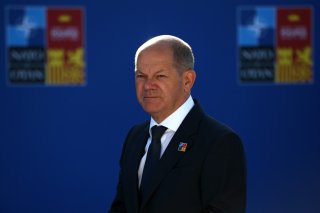 Much has been written and discussed about the problem of “free riding,” in general, and in foreign policy, in particular. During the Cold War and its aftermath, America’s allies across the Atlantic and the Pacific were being criticized in Washington for relying on the United States to spend its national treasure in terms of higher military expenditures to provide them with global security.

With prime examples being Germany and Japan, it was argued that the allies were provided with little incentive to contribute to the production of an international public good that takes the form of the protection of global interests of the Western alliance as long as the United States seems to be ready to provide that cost-free.

Most of this discussion focused on geostrategic issues. But in the aftermath of the Cold War, it also spilled into geo-economic issues. Why should America continue bankrolling the defense budgets of countries like Japan, surplus economies whose companies compete with American businesses in the global arena?

Paying less for defense, thanks to U.S. subsidies, allows these free riders to spend more on social-economic programs while fiscal tightening forces Americans to cut expenditures on education and health.

Moreover, the United States’ hegemonic position in the Middle East, which has been maintained through huge military and financial costs, allowed America’s allies in Europe and Asia that are dependent on energy imports to have freedom of access to the oil resources in the Persian Gulf.

And then there is the international reality under which the United States is committed to use its nuclear weapons to defend its North Atlantic Treaty Organization (NATO) allies as well as Japan and South Korea if those countries face threat from a rival nuclear power. Hence, the Americans are supposedly ready to see New York and San Francisco being nuked in order to save Berlin and Tokyo from annihilation.

Thus, pressing NATO members to increase their defense budgets and their military and economic contributions to the alliance has become a ritual of sorts in Washington, practiced by Republican and Democratic officials and lawmakers, until President Donald Trump’s behavior made it look faux pas.

At the same time, the growing anti-globalization sentiments in the United States reflected an unwillingness on the part of the Americans to continue to open their markets and to continue supporting the liberal economic order while the allies were breaking free-trade principles. But then that was the way the industrial miracles of Germany and Japan had happened, very much at the expense of American economic interests.

And there is no doubt that the costs of the wars the United States has fought in the Greater Middle East have started challenging the Washington consensus about the U.S. role in the world. America is supposedly ready to come to the aid of its allies as the global balancer of last resort, and thus, for example, ensure their access to the energy resources in the Persian Gulf, while the allies pay very little in exchange, and even try to force the United States into costlier military interventions in the Middle East, as France did in the case of Libya.

But then came events—Russia’s invasion of Ukraine and growing Chinese threats to Taiwan—that according to the conventional wisdom may have finally convinced the U.S. allies that free riding isn’t an option anymore and that they need to start playing a more activist role in the protection of Western interests against the threat of powerful global disruptors. They now have to contribute to the production of that international public good, since alone the United States will not continue to provide it cost-free.

On some level, the conventional wisdom is correct if one considers the German responses to the Russian attack on Ukraine and the Japanese reaction to the perceived threat from China. These developments seemed to have changed the balance of power in Europe and Asia, where America can supposedly now count on its allies to play their roles as its deputies while the United States remains primus inter pares (first among equals), call it American Hegemony Lite.

Indeed, Germany’s post-Ukraine policy changes were dramatic. “We are living through a watershed era. And that means that the world afterwards will no longer be the same as the world before,” Chancellor Olaf Scholz told a special session of the Bundestag in April, proclaiming a Zeitenwende (”historic turning point”), that involved witnessing a total collapse of strategic principles embodied in Ostpolitik (“Eastern Policy”) and its notion of Wandel durch Handel (“change through trade”).

Announcing the most far-reaching policy reversals in postwar German history, Scholz pledged to invest significantly more in the armed forces, to provide military support for the Ukrainian army, to revamp Germany’s energy policy, and lead the efforts for joint European Union (EU) sanctions against Russia’s regime.

Japan, the other nation that was defeated by the United States and its allies in World War II, responded like Germany to the changes in the global balance of power by embracing a more militarist posture.

Under Prime Minister Fumio Kishida, who has asked his parliament to double his government’s defense budget, Japan seems to be trying to move beyond its post-WWII pacifist tradition.

During a visit to Washington, Kishida reaffirmed his country’s commitment to acquire hundreds of American Tomahawk cruise missiles, while the United States announced plans to expand its military assistance to Tokyo, suggesting that both sides will benefit from the relationship. Or so it seems.

In a way, dealing with Trump for four years provided a lesson of sorts for the Japanese, Germans, and other U.S. allies: in the long run, the American public isn’t going to tolerate the kind of relationship under which America does more for its allies than it gets in return. In short, Americans don’t want to be played for suckers anymore in both the geostrategic and geo-economic arenas.

Liberalizing American trade policies while dealing with nations that practiced protectionism made some sense at the beginning of the Cold War. The economies of Japan and Germany were recovering from the WWII devastation and were shielding their domestic industries from foreign competition by taxing imports when Washington wanted to ensure the economic growth of its allies in Europe and Asia.

But those who assumed that Trump’s economic nationalist policies would change under the more internationalist President Joe Biden are discovering now that that approach enjoys bipartisan support.

Biden’s decision not to join the Comprehensive and Progressive Agreement for Trans-Pacific Partnership (CPTPP), which would have required the Americans to reduce tariffs on some Asian imports, and his administration’s enactment of electric-vehicle subsidies that U.S. allies regard as unfair protection of U.S.-made goods are signs that Washington has turned upside-down the Cold-War-era deal with the allies. It was based on the expectations that the United States needed to win the geostrategic commitment of its allies through concessions in the geo-economic area.

If anything, the message coming from Washington these days is that if the allies want to be able to continue to rely on U.S. military leadership, they are the ones who would have to accept the economic conditions set by the Americans: Ending their energy deals with Russia, sanctioning it, and joining the United States in a long and costly economic-technological war with the Chinese.

This approach runs contrary to free-trade principles and reflects the basic tenets of power politics that might make right, despite the attempt by Biden to market these policies as part of a campaign to fight dictators and promote democracy worldwide. In the same way, unlike the Soviet Union, neither Russia nor China is interested in seeing its respective political-economic model win the hearts and minds of the people of this world. Like the United States, they seek access to economic and military power.

Given that perspective, and in consideration of the backdrop of threats that are being posed by Russia and China, the decisions by Germany, Japan, and other countries to increase their defense contributions stem from the recognition that this is the minimum they need to do to have America continue pledging to see Washington destroyed in order to protect Berlin and Tokyo.

That means that even if Germany and Japan do increase their military spending to the stratosphere, they would still remain free riders on American power unless they decide to go nuclear in order to defend themselves because they cannot count on U.S. support anymore.

It can be argued that it’s in America’s interest to prevent Japan, Germany, South Korea, Taiwan, and Saudi Arabia—or for that matter, Ukraine—from developing independent nuclear military power since that would supposedly make the world a more dangerous place. However, this is ironic. We should remember that it has been the United States and Russia that have launched a series of wars in recent decades that have made the world more dangerous. In retrospect, if Saddam Hussein’s Iraq and Ukraine had nuclear weapons, the world would have probably been less dangerous today.

Dr. Leon Hadar, a contributing editor at The National Interest, has taught international relations at American University and was a research fellow with the Cato Institute. A former UN correspondent for the Jerusalem Post, he currently covers Washington for the Business Times of Singapore and is a columnist/blogger with Israel’s Haaretz (Hebrew).