America Had Better Get Used to Rising Inflation 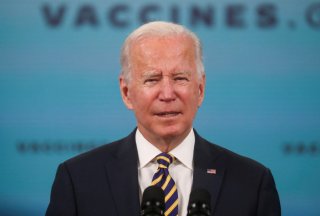 Americans have enjoyed a lengthy period of low inflation, but the economic landscape is now changing. A higher level of inflation is likely to be with us—at least for the medium term—due to a number of structural changes. Crabbing about inflation and arguing that is temporary will not change the current trajectory to higher prices, unless something drastic halts economic growth like another pandemic or a major conflict. It is time to time to change economic and market expectations as the U.S. economy is shifting gears.

Why the concerns over inflation? The thinking goes something like this: with rising prices for goods and labor come inflationary pressures. With inflationary pressure comes tighter monetary policy; no more highly accommodate monetary policy from the Federal Reserve. Money becomes more expensive, which, in turn, reduces economic growth expectations, cuts corporate access to capital for the next cycle of expansion, and corporate profitability suffers. At the same time, consumers trim their spending, and eventually the Federal Reserve tapers and then raises interest rates too high, provoking a recession. It also means that the federal government will have to pay more to raise money in Treasury markets, bringing greater attention to the rapid rise in government debt, which in 2020 was equal to 100 percent of GDP and set to go higher.

Why inflation? The September 2021 consumer price index (CPI) rose 0.4 percent, after rising 0.3 percent in August. During the past twelve months, the prices consumers pay for goods and services in the United States climbed 5.2 percent, bringing annualized inflation to its highest level since 2008. Five key structural factors are pushing prices higher: a changing and—for now—disrupted global supply chain; labor shortages; the impact of climate change on food and energy prices; an ill-planned transition from fossil fuels to green alternatives; and a shortage of affordable housing (showing up in higher rents). The Covid-19 pandemic nudged this combination of factors into the open, but the starting points for these changes have been around for a while.

Global supply chains have become the topic de jour for over the past three months, though the problems date back further into 2020. Part of the reason for this state of affairs is a trade war between China and the United States, which includes a push to decouple the Asian and North American countries’ economies. Although President Donald Trump was quite happy to start the trade war, which earned him the moniker “Tariff Man,” the Biden administration appears to be just as protectionist in its policies. Moreover, China has generally continued many of its mercantilist policies (protecting selected home markets and subsidizing certain businesses), maintaining its own set of trade measures vis-à-vis the United States; and following a tough anti-Covid policy that shuts down harbors if cases of Covid-19 are found.

The challenge is to de-clog global supply chains, something that the Biden administration and other governments are seeking to do. However, the causes for port congestion come from multiple sources, which means there are no easy solutions. As Sultan bin Sulayem, head of DP World, one of the world’s leading container port operators, noted in mid-October: “I don’t believe you will see an easing in the problem of supply chains for the next two years—it’s the ripple effect. Delays today are not just the problem of what is not delivered, the problem is also the other products that can’t be delivered. They are in a queue now.” Directly related to this is the lack of drivers in the United States, increasingly a factor in higher food prices and scarcity of certain goods.

And then there are coal, natural gas, and oil shortages, which are partially caused by poor planning in the transition to clean energy. While almost everyone agrees on the need to reach carbon neutrality, governments have miscalculated the length of the transition, what the need will be for fossil fuels in the interim, and what the impact of such plans is on major energy companies in terms of forward planning (so far it is discouraging for future exploration and exploitation).

But it would be wrong to blame the green transition as the only cause of energy shortages and their related inflationary pressures. Covid-19 has had its impact. As the International Energy Agency’s Carlos Fernández Alvarez and Gergely Molnar noted, “The historic plunge in global energy consumption in the early months of the Covid-19 crisis last year drove the prices of many fuels to their lowest levels in decades. But since then, they have rebounded strongly, mainly as a result of an exceptionally rapid global economic recovery (this year is on track for the fastest post-recession growth in 80 years), a cold and long winter in the Northern Hemisphere, and weaker-than-expected increase in supply.”

The energy issue is not likely to go away any time soon. Natural gas prices have been on a strong upward trajectory through 2021. In October, European and Asian benchmark prices hit an all-time record, well above their level in 2020. U.S. natural gas prices have reached their highest level since 2008. At the same time, President Vladimir Putin is playing it coy with Europe over his ability to supply natural gas; a little over 40 percent of Europe’s natural gas is supplied by Russia. High natural gas prices have also forced China and India to turn to coal (which is now in short supply) to fuel their power plants. Global energy stocks will be stretched in the months ahead, which adds to price pressures. Americans will discover this at the gas pumps.

Climate change’s impact on agriculture also may be more pronounced as the United States approaches 2022. According to the National Drought Mitigation Center at the University of Nebraska-Lincoln, eleven states are experiencing extreme drought conditions: New Mexico, Arizona, California, Nevada, Utah, Oregon, Washington, Montana, North Dakota, Colorado and Wyoming. What does this have to do with inflation? Some of these states, such as California and Washington, are major agricultural producers and if these conditions persist, they will have a greater impact on food prices and, in some cases, availability. As the Drought Monitor website stated, “Wildfires and increasing wildfire danger, water restriction, and damage to agriculture are very common across the West region.”

Labor shortages are another factor for inflationary pressures. With unemployment falling to 4.8 percent in September, the issue is how much further can it fall? The answer is probably still lower. Many businesses need workers, but people are less inclined to rejoin the workforce. Part of this may be related to a reluctance to be around people from a Covid-19 perspective, but a number of economists suspect pandemic relief funds are the main reason. This is particularly evident in the lower-paying jobs. In October, Domino’s Pizza’s earnings call revealed that they are facing staff shortages, which resulted in a 1.9 percent drop in business in same-store shops. One problem—home deliveries are taking more time due to fewer drivers. And this comes despite wage increases.

And then there is the issue of rising rents. The United States suffers from a lack of affordable housing, which has pushed up prices for available supply, but also rents. A Zillow Group index based on the mean of listed rents rose 11.5 percent in August from a year earlier, with some urban areas in Florida, Georgia, and Washington state observing increases by more than 25 percent. Until there is more affordable housing for first-time buyers, the pressure is likely to remain on rentals. According to the Dallas Federal Reserve, the official rent index from the Bureau of Labor Statistics will rise to 6.9 percent by year-end 2023. This would be the highest in more than thirty years.

Looking ahead, inflation is likely to play a greater role in the U.S. economic landscape. If the right policies are implemented, it can be managed at a moderate rate. If those policies are bungled, inflation could be a big problem. According to the International Monetary Fund, inflation was 1.2 percent in 2020 but is set to climb to 4.3 percent this year before falling back down to 3.5 percent in 2022. However, it needs to be remembered that the main drivers of inflation are not brief blips on the radar screen but are structural changes that will take time and the right policies to remedy. However, many U.S. consumers, policymakers, business leaders, and politicians have never experienced higher inflation. That is probably going to change. For them, it is likely to be as Mark Twain explained: “A man who carries a cat by its tail learns something he can learn in no other way.” Inflation is the cat.