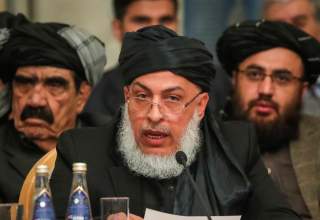 In the London School of Economics’ 2012 Global Policy Journal, I offered the following thought experiment: “Assume that the Taliban in Afghanistan offers the US the following deal: The Taliban will commit itself to preventing Afghanistan from being used as a base for terrorists. Indeed, it offers to chase the remaining al-Qaeda members out of Afghanistan or turn them over to the United States and its allies if caught. In turn, it expects that the coalition forces will allow the Taliban to contend with other Afghan groups, and if it prevails, to govern Afghanistan the way it prefers, namely by imposing sharia. The Taliban would close schools for girls; require women to stay home unless accompanied by a husband or relative; force religious observances; eliminate voting rights, free speech, assembly; and so on.”

I was surprised to learn that many of my liberal friends argued that the United States should not stop fighting with the Taliban unless they also commit themselves to respect the rights of minorities and women—or human rights in general.

I argued, “the US should accept it [the deal], on the grounds that even if many more lives of Americans, of other NATO members, and of Afghans were sacrificed, the Afghan people would still have to work out their own form of government and economy.”

My reasons are based on the following facts. The United States quickly overthrew the Taliban in 2003 and soon killed off most of Al Qaeda’s fighters, many of them foreigners, but remained to engage in nation building and fight the remnants of the Taliban. Over the long years that followed, the U.S. military lost roughly 2,400 lives; Coalition forces lost 1,141; and Afghanistan lost more than 38,000 civilians and more than 58,000 military and police officers. There is no sign the fighting will end if we insist the Taliban must respect America’s notion of liberal democracy. Respected Pentagon strategist John Nagle suggested, at one point, that it would take sixty years to establish the kind of Afghanistan that America dreams about. I am not sure how he came up with this number; one hundred years seems just as plausible. One must hence ask: How many more lives should we sacrifice—ours and theirs—for such an elusive goal?

In recent days, a deal between the United States and Taliban has reportedly been reached, along the lines I imagined in 2012, namely the Taliban committed itself not to allow Afghanistan to be used as a base for terrorists in exchange for a withdrawal of all foreign troops. The deal has been criticized for not including a commitment to protecting human rights. Regional expert Malik Siraj Akbar writes, “The departure of the Americans is destined to revive the age of Taliban tyranny, restrictions on women’s education and gross violations of human rights.” Brahma Chellaney, Professor of Strategic Studies at the New Delhi-based Center for Policy Research, predicts, “Whatever gains Afghanistan has made in terms of women’s and civil rights may soon be reversed.”

Even if one would accept that America should keep fighting in order to preserve a regime of human rights, such a regime does not currently exist in Afghanistan. True, millions of girls go to school, and relatively free parliamentary elections did take place. However, women are still forced to undergo “virginity examinations” and are imprisoned for so-called morality crimes. Additionally, honor killings still frequently occur. Furthermore, victims of domestic violence are forced to withdraw complaints or are told by the courts to mediate the crimes as a family matter. Afghanistan was ranked as the second most dangerous country in the world to be a woman in 2018, not much of an improvement from its place as number one in 2011. Judges are utterly corrupt. The poor get jailed, the rich walk free. Prisoners are frequently tortured by the police. The rest of the government is no better; it has been ranked, for the last decade, as one of the most corrupt in the world—no mean feat.

The U.S. State Department’s human rights report on Afghanistan reads: “The most significant human rights problems were widespread violence, including indiscriminate attacks on civilians by armed insurgent groups; armed insurgent groups’ killings of persons affiliated with the government; torture and abuse of detainees by government forces; widespread disregard for the rule of law and little accountability for those who committed human rights abuses; and targeted violence and endemic societal discrimination against women and girls.”

Since the U.S. invasion in 2001, Afghanistan has become a major supplier of opium for Europe and central Asia. Institutionalized pedophilia, called Bacha Bazi, was suppressed under the Taliban but has returned since. Crime, which was low under the Taliban, is rampant. Moreover, the Taliban seem to have mellowed to some degree. For instance, in some Taliban-controlled areas, girls are allowed to go to school.

If I could say it with figures, I would say that Afghans have about 30 percent of what a true human rights regime entails; the Taliban would take away, say, 15 percent but provide other gains in terms of less crime, less cultivation of opium, and less pedophilia. How many people should be killed for the difference between these two regimes—for how many decades, with no promise of a better outcome?

We should only use force as outlined by the Responsibility to Protect (R2P) doctrine; a normative position unanimously endorsed at the UN World Summit in 2005 to prevent major loss of human lives. However, beyond the conditions outlined in R2P, the people of each country must fight for their own democracy, to earn it and own it. It cannot be imported nor imposed.

In short, one can argue that it might be worth fighting for protecting a liberal democracy of another nation, especially if its people show a strong willingness to join such a fight. However, when what is at stake is a rather thin veneer of human rights—surely it is time to stop the bloodshed, and let the local people work out their differences, their own way.

Amitai Etzioni is a University Professor and Professor of International Affairs at The George Washington University. His next book, In Defense of Patriotism, will be published by University of Virginia Press this summer.