America Needs Futurists and Traditionalists to Think Clearly About War 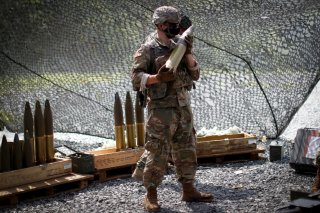 Earlier this year, two authors writing for the Brookings Institution posed an intriguing question: “Is the U.S. military’s futurism obsession hurting national security?” Their argument followed a series of exchanges in other forums on the competing relevance of futurism and traditionalism in national security thought. Futurists might argue that they are merely counterbalancing a defense community that is traditionally past-obsessed, using outdated equipment and training for the last war. The rising popularity of futurism has placed that philosophy at odds with that of traditionalism, leading to a false premise that one or the other must be right.

True creative transformation in the U.S. defense and intelligence communities will only take place once the two camps accept the reality that they could both be wrong. Thus far, this debate has occurred at the policy level among well-meaning observers not responsible for the application of their theories. This shortcoming ignores the fact that the ideas of both camps must be implemented in the tactical fights where battles are won—a grueling and often unpredictable place.

For most of its post-Cold War existence, the United States has enjoyed the luxury of tactical supremacy and has thus laid blame for its recent failures at the feet of policymakers and strategists. As Gen. James Dubik wrote in 2014, America wins battles and loses wars. This is a biting critique, but it would be more so if the former were untrue. Russia’s war on Ukraine provides valuable lessons that call into question the permanence of American tactical dominance. Those lessons reveal the need for tactical creativity that brings futurists and traditionalists together to seek a better understanding of not only how the United States would fight alongside an army like Ukraine’s, but also how it might perform against one.

To test this theory, the authors of this article are military practitioners who identify as a traditionalist and a futurist, respectively. This paper examines the characteristics of the two major thought camps, explores opportunities to bring them together by optimizing joint force creativity in a nexus camp, and considers how that camp might stack up against the creative potential of America’s pacing challenge, the People’s Liberation Army (PLA) of China.

Senior defense leaders and critics of U.S. professional military education often point to the imperative of creativity to win future wars through “intellectual overmatch.” Most of this literature, however, focuses on policy with little regard for how those ideas might trickle down to the unit level. Analysis of the ongoing Russo-Ukrainian War shows that small and distributed teams developing solutions to tactical problems can be decisive when supported properly. To take a page from Gen. Charles Krulak, Ukrainian forces exercised ingenuity to gain the advantage through “strategic corporals.” This strategy was perhaps most evident in the defense of Kyiv, in which a network of drone enthusiasts passed Russian armor positions to Ukrainian targeting nodes, corrected indirect fire, and even fashioned explosives to octocopters for dropping onto Russian dismounts. These developments support the research of scholars such as John A. Nagl and Frank Hoffman, who found that the process of identifying and closing military performance gaps is most effective when pursued by those who will apply those solutions in the fog of war.

Historical precedent indicating that tactical creativity is a generator of battlefield advantage is abundant. Hedgerows stalled Allied movements in World War II until a sergeant from Chicago designed a hedgerow-cutting device known as the rhino to modify Sherman tanks. Decades later, coalition forces defeated heat-signature-initiated improvised explosives in Iraq with a battlefield modification of the same name. Future conflicts may require similar creative solutions at tempo, scale, and speed to win decisively, or perhaps to simply avoid losing.

Chartering companies to design strategies that foster creative culture is a booming private industry, yet the U.S. Army rarely extends creativity trainers to military intelligence leaders in a brigade combat team or a field artillery targeting cell within a division. In some ways, developing the creativity layer in a tactical formation is antithetical to the army’s structure. Though they may contradict the legacy of hierarchical military thought, acceptance of greater risk, charismatic instead of traditional authority, and free-thinking teams gain the competitive advantage at war. To nurture such teams, futurists and traditionalists must work together to build a third camp.

Camp One: The Prophets

A mentor of ours once said, beware of those who talk too much about the future because they cannot be held accountable for it. The American futurism craze arguably began in the post-Vietnam era, but the more recent incarnation could be attributed to the widespread assumption that—as Gen. Mark Milley said in 2016—the world is “on the cusp of a fundamental change in the character of warfare.” This might be true, but no one yet knows what that change will look like, and the unique characteristics of each war are rarely prophetic signposts of the next. Strategic theorists from Carl von Clausewitz to Colin S. Gray have cautioned against the siren song of confident prognosticating, but there seems to be more of it today than ever.

Prior to and shortly following Russia’s invasion this year, some declared that the tank is dead (a claim that still exists), or that force-on-force warfare was a thing of the past. Everything from hypersonic missiles to quantum computing and the metaverse have ignited the imagination of futurists, many of whom bet their careers on the transcendent promises of these technologies. Unfortunately, the defense enterprise struggles with long-term forecasting, as evidenced by missteps such as the M-551 Sheridan tank, Future Combat Systems, or visions of imminent transparent battlefields in the 1990s. Worse even, prophets tend to exaggerate the influence of present conditions on long-term trends. Rest assured, the fog of war is as thick as ever, which means Occam’s Razor could still apply to military estimates even as the most spectacular explanations of the future are the most appealing to the imagination.

In John Gaddis’s estimation, a good theory must explain the past, for only if it does can we justify what it might tell us about the future. On the other hand, some research shows that digital natives “have higher demands for the quality and usefulness of technology,” which means the next generation service member could be more inclined to seek digital solutions to every military problem. To allow functional creativity to thrive, prophets must humble themselves before the altar of Clausewitz’s unholy trinity of fog, friction, and uncertainty. In other words, to again call upon Gaddis, prophets must not become so confident in their theories about the future that they fail to imagine a world detached from them. The second camp can help with that.

One may find the traditionalist reciting aphorisms such as, “history doesn’t always repeat itself, but it rhymes,” or Napoleonic maxims that exalt the moral dimensions of war. By its nature, this camp looks to the past, but that should not diminish its value when imagining the future. For example, while Adolf Hitler’s Blitzkrieg may have caught the last-war-focused French Army off guard in 1940, Germany’s breakthrough was nothing more than a strategic penetration that utilized armor in the maneuver. Considering Alexander the Great favored similar tactics at Boetia and Gaugamela in the fourth century B.C., the concept of a penetrating maneuver is certainly not new. Germany was creative enough to find a new way of doing something very old, thanks in part to the musings of Major General J.F.C. Fuller and Sir B.H. Liddell Hart, both historians in their own right.

Still, history is not a how-to manual, and the many insights it offers are not always transferable to the present. Historians like Sir Michael Howard and Margaret MacMillan tell us that history cannot be a guide for the future, only a window into existing and often complex truths. Indeed, the traditionalist might abuse history by grasping at obscure references and linking them to modern precedent in the hopes of anticipating outcomes. Worse still, some may draw the wrong lessons from history entirely, as U.S. officials Doug Feith and Paul Wolfowitz did by painting Saddam Hussein as a sort of Middle East Hitler to help justify the 2003 invasion of Iraq.

The historian alone is prone to miss opportunities exclusively in the wheelhouse of prophets, such as those related to emerging panoptic digital strategies employed by the Chinese military, thereby overlooking critical vulnerabilities to mobility. Traditionalists may also fail to recognize the opportunities in an opponent’s panoptic designs. Military analysts collaborate on these problems in certain advanced intelligence readiness venues. During a recent Army Foundry Platform course on Fort Bragg, North Carolina, intelligence analysts participated in creativity workshops by examining how Geert Hofstede’s cultural dimensions theory might influence tactical and operational military challenges. These venues, where minds meet to attack wicked problems, carry us to our third and arguably most important camp—the nexus.

While exercising caution to avoid presentism, the observation of current conflicts in a historical context can and should serve as a muse for creative thought. A key component of the Ukrainian Army’s success against Russia has been its skillful balancing of what has worked with what might work. Small unit tactics, artillery barrages, and demolition of infrastructure such as bridges played as much of a role in Ukraine’s gains as repurposed drones and exploitation of the information space. Though the tank may not be dead, the proliferation of small, smart, and cheap technologies is a revolution in its infancy with implications not yet clear to observers. Ukraine found a way to allow these truths to coexist rather than pitting them against each other.