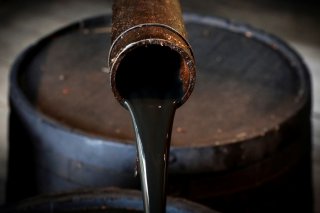 COMPETITION WITH China and Russia is profoundly reshaping U.S. national security and foreign policy. Policymakers are increasing America’s military capabilities, rethinking key trade policies, and consolidating alliances. Especially since Russia’s invasion of Ukraine, Washington is applying similar logic to energy policy, though the Biden administration has yet to act on the full implications of geopolitics for its energy and climate aims. In both areas, America needs policies that strengthen U.S. technological capabilities and leverage relationships without setting aside necessary energy sources. Two key partners in East Asia—Japan and South Korea—should be important pillars of U.S. global energy and climate strategy in this new era. Unofficial dialogue among U.S., Japanese, and South Korean experts hints at significant opportunities.

Humans have competed for access to energy since before recorded history; this competition began with conflicts over food, the biological energy we need to survive. As societies discovered and developed new ways to obtain and use energy, competition expanded over energy resources, as well as technologies to convert energy into useful work—from water wheels to steam engines, and eventually, nuclear reactors. In the late nineteenth and especially the twentieth centuries, energy and other forms of competition among great powers became global.

Tension surrounding access to energy resources has been common in international affairs in recent decades. This has included China’s “grey zone” activities to assert energy-laden (and strategically significant) maritime territorial claims in East Asia, Russian efforts to use natural gas and oil supplies for political leverage, and Saudi Arabian and Russian attempts to undercut U.S. unconventional oil producers. America and its rivals have scrambled to build or block pipelines, to make or prevent overseas energy and related infrastructure investments, and to establish, thwart, or counter naval and other bases to protect shipping lanes.

Russia’s invasion of Ukraine has elevated pre-existing energy-related tensions to levels unseen since the 1973 OPEC oil embargo or, for that matter, the 1941 U.S. oil embargo against Imperial Japan. U.S. and allied sanctions on Russia’s energy sector and Russia’s selective oil and gas supply cutoffs are reshaping energy markets and policies in Europe, Asia, and elsewhere. These strains come atop escalating technology competition in energy, information, communications, artificial intelligence, space, and other sectors.

Energy technology competition has included policies to promote innovation as well as to ensure that others cannot dominate global markets for important energy resources or conversion technologies (i.e., systems to shift energy from one form to another; e.g., from sunlight, wind, or fuel to electricity). In the United States, political leaders have supported research and development in many areas, such as small modular nuclear reactors and liquid biofuels. Congress has also focused on China’s role in manufacturing solar panels, wind turbines, and batteries in addition to extractive industries producing key commodity inputs.

So-called critical minerals for electronics and batteries are a top concern in America and other countries; calls to ensure U.S. access to domestic and international supplies have stimulated domestic and international actions by the Biden administration, swelled the list of relevant bills pending in Congress, and encouraged new mining and processing. That policy concerning critical minerals has been an area of general continuity between the Trump and Biden administrations signals that vital U.S. national interests are at stake.

Critical minerals are not the only link between energy and electronics in today’s interconnected world; developed-country energy infrastructure is increasingly difficult to separate from the networked control systems that ensure safe and efficient operation, sometimes remotely. This links energy-related competition to parallel high-stakes competition surrounding artificial intelligence, quantum computing, and cybersecurity. Criminal hackers had a stunning impact on the Colonial Pipeline’s gasoline deliveries and hinted at the potential consequences of determined nation-state cyberattacks.

Finally, because climate policy requires energy policies, efforts to fight climate change unavoidably import the latter’s competitive aspects. Climate policy has been highly competitive since emerging as a global issue in the 1992 negotiations that produced the United Nations Framework Convention on Climate Change (UNFCCC). At that time, the UNFCCC advanced the principle of “common but differentiated responsibilities” as a compromise between developed countries that were primarily responsible for elevated concentrations of greenhouse gases in the atmosphere and developing nations seeking future economic growth. Accepting that they could neither pragmatically nor morally deny that opportunity to developing countries, the developed world accepted greater responsibility to reduce emissions.

Yet competition to avoid the costs of cutting emissions has constrained efforts to set binding global limits on greenhouse gas emissions. For three decades, the United States has been unwilling to accept mandatory emissions reduction targets if China does not do the same. Notwithstanding their stated positions, some other developed nations have welcomed this U.S. stance as a shield behind which they can avoid making painful commitments. The 2015 Paris Agreement eschewed binding limits in favor of voluntary and unenforceable “intended nationally-determined contributions,” or INDCs.

AMERICA’S INTERNATIONAL climate policy rests upon the Senate’s seminal July 1997 Byrd-Hagel Resolution. With support from ninety-five senators, the body advised the Clinton administration—then negotiating binding limits in the Kyoto Protocol to the UNFCCC—that it would not support any agreement that limited emissions by developed nations without imposing simultaneous restrictions on developing countries, or that resulted in “serious harm” to the U.S. economy. The administration’s chief negotiator, then-Vice President Al Gore, Jr., signed Kyoto despite the Senate’s objections. In its final years in office, the Clinton administration demurred in submitting the treaty to the Senate for ratification. Then-Senators Joseph Biden and John Kerry were among Byrd-Hagel’s backers.

The resolution’s two concerns—China’s greenhouse gas emissions and the costs of mitigating U.S. emissions—have been core questions in domestic debates on climate policy ever since.

Notwithstanding President George W. Bush’s decision to withdraw from the Kyoto Protocol, which the Senate would not have ratified anyway, the Bush administration sought to address China’s emissions by founding a multilateral group, the Asia-Pacific Partnership on Clean Development and Climate. The administration also tried to reduce costs through investments in clean energy technologies, including nuclear energy; carbon capture, utilization, and storage (CCUS); and hydrogen.

The Obama administration pursued bilateral clean energy technology engagement with Beijing and, while failing to secure Congressional support for climate legislation, worked to reduce the costs of renewable power, especially solar and wind generation. After a false start at the 2009 Copenhagen climate summit, President Barack Obama and his team negotiated the Paris Agreement, which U.S. officials insisted was not a treaty and thus did not require Senate ratification.

Despite different policy approaches, technology priorities, and timelines, the Bush and Obama administrations had similar goals in working with China to reduce its greenhouse gas emissions while easing America’s transition to clean energy by helping to make low and zero-emissions energy cheaper. Indeed, the Paris Agreement was in some respects a vindication of the Bush administration’s perspective on climate diplomacy, when emphasizing technology and voluntary rather than binding goals.

The Trump administration did not share the general aims of its two predecessors with respect to China or climate policy. On the contrary, the administration withdrew from the Paris Agreement, citing its potential costs, without pursuing an alternative approach to reducing global emissions. Officials promoted nuclear energy for other reasons and the Trump administration largely discounted climate and emissions considerations in its domestic policy.

In 2021, President Joseph Biden reentered the Paris Agreement and worked with members of Congress to pass bipartisan infrastructure legislation that invests tens of billions of dollars in battery supply chains and clean energy demonstration projects, including nuclear energy, carbon capture, and clean hydrogen. Biden and Congressional Democrats may also succeed in passing the Inflation Reduction Act of 2022, which includes $369 billion in energy and climate spending and could reportedly reduce carbon emissions by approximately 40 percent by 2030.

As U.S. competition with China deepens, China’s emissions are likely to become only more problematic as a political and practical issue. According to data presented by the World Bank, China’s total greenhouse gas emissions nearly tripled between 1997 and 2018, from 4.3 billion tons of CO2 equivalent (CO2E) to 12.3 billion tons. Relative to the United States, China’s emissions rose from about two-thirds of U.S. emissions in 1997 (6.7 billion tons CO2E) to over double America’s emissions in 2018 (down to 6.0 billion tons CO2E). In 2019, one report stated that China’s greenhouse gas emissions exceeded not only those of the United States, but the combined total of the developed world, defined as the sum of the emissions of all members of the Organization for Economic Cooperation and Development (OECD) and the European Union (EU).

Using World Bank data, one can calculate that by 2018, China’s cumulative greenhouse gas emissions since 1980 had overtaken total U.S. emissions during the same period. At current levels, every year of new emissions pushes China’s lead two years further into the past. From a political perspective, the stark reality of China’s share of not only current emissions but also total atmospheric CO2 concentration is likely to undermine Beijing’s claim to “differentiated responsibility” and to further complicate both U.S. climate debates and international diplomacy.