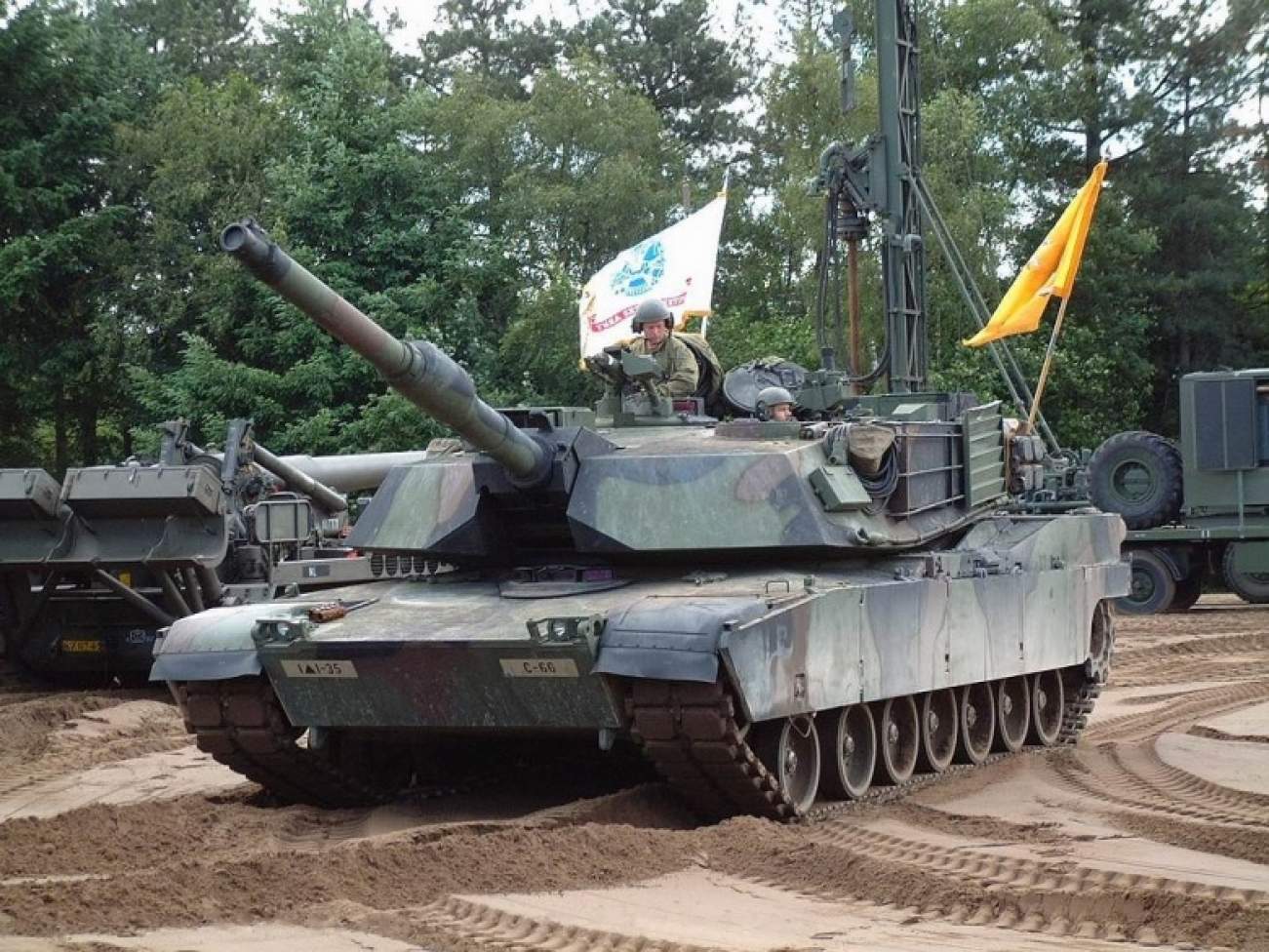 North Korea has been in a conciliatory mood recently, suggesting a summit with South Korean president Park Geun-hye. Pyongyang also indicated that it would suspend nuclear tests if the United States cancelled joint military exercises with the South. The North’s deputy UN ambassador said “many things will be possible this year on the Korean Peninsula” if Washington responded positively.

Of course, the United States refused and went ahead with the naval maneuvers. In fact, the Obama administration recently expanded sanctions on North Korea in response to the Kim regime’s apparent hacking of Sony pictures. Alas, past experience suggests the Democratic People’s Republic of Korea (DPRK) likely will respond with new provocations. The National Interest’s Zachary Keck predicted a new nuclear test, which would be the first in two years. Military adventurism is another possibility.

Unfortunately, the DPRK routinely employs brinkmanship and confrontation. Frustration with the Kim regime led retired Gen. John Macdonald to propose turning the movie The Interview into reality: “We’ve got to do something...”

Since Pyongyang hasn’t changed its behavior, the United States should try a different approach, but not an assassination attempt on Kim Jong-un. Washington should start by dropping the annual military exercise and reducing America’s military presence. The administration also should develop a comprehensive engagement plan for the North.

The DPRK is Northeast Asia’s biggest security challenge. The Kim dynasty has spent decades spewing threats against South Korea, Japan and America. The nuclear news only gets worse: Sources in Seoul recently suggested that the North might have miniaturized its nuclear weapons. Three successive U.S. presidents have pledged to halt North Korea’s nuclear program, without effect. Washington’s attempt “to do something” through isolation backed by sanctions has solved nothing.

Obviously, there’s no guarantee that engagement would yield a more positive result. However, China’s growing frustration with the younger Kim provides an unexpected opportunity for Washington.

So far, Beijing has proved unwilling to apply significant pressure on the DPRK lest the result be a messy collapse with the advantage to a united Korea allied with America. But the People’s Republic of China has tired of the antics of its irresponsible neighbor, especially the latter’s nuclear-weapons program. One scholar told me last year that “the relationship was becoming colder than ever before.” Pyongyang failed to invite Chinese officials to the three-year commemoration of Kim Jong-il’s death in December. Chinese president Xi Jinping has held two summits with South Korea’s President Park, but has yet to meet Kim Jong-un. Over time, Beijing has accepted marginally tougher sanctions and Chinese officials acknowledge that another nuclear test would increase pressure on the PRC to act in some way.

China nevertheless remains reluctant to cooperate with Washington, unless the United States reduces the perceived threat to the North. In 2013, Wang Jiarui, head of the Chinese Communist Party’s International Department, met with me and several other American analysts in Beijing. He responded to my question about North Korea by criticizing the United States and South Korea for contributing to increased tensions through such policies as joint military exercises. He also contended that the North sees sanctions as hostile action. Wang argued that if “the U.S. continues to refuse to talk, then it cannot want China to assume more responsibility.” Beijing would not “solve the problem” if Washington “does not act.”

The United States should express its willingness to negotiate with the North, and even create a low-key diplomatic presence, such as a small consular office. Washington should indicate its readiness to increase diplomatic engagement over time if circumstances warranted—meaning positive steps by the DPRK. Normal governmental relations—like those with the Soviet Union, Warsaw Pact members, and ultimately the PRC, Vietnam and now Cuba—should not be viewed as a “reward,” but instead as recognition that in most circumstances, engagement is a better policy than isolation. Whatever the North’s response, the United States would gain a useful window into a mysterious political system and provide the Kim regime with something to lose for bad behavior.

Equally important, Washington should work with the Republic of Korea and Japan to prepare an offer—formally directed at Pyongyang, but meant as much for Chinese as North Korean consideration. The North would receive diplomatic recognition and membership in international organizations. The allies would drop sanctions. South Korea and Japan would consider aid. The United States would withdraw its troops from the ROK and drop future military exercises. And the three governments would pledge not to push regime change, let alone talk of assassination. In return, Pyongyang would end its nuclear program, turn over existing nuclear materials and accept a verification system.

In the unlikely event that the North agreed, the deal would benefit all Northeast Asia. The United States should have turned over military responsibilities to South Korea long ago and escaped the Korean imbroglio. Preventing a nuclear North, or just limiting the size of Pyongyang’s arsenal, would dramatically reduce regional tensions.

If the DPRK said no, the United States would have greater leverage with China. Washington could point out that it had followed Beijing’s advice, proposing to ease Pyongyang’s security concerns and integrate the North into the region. If the PRC was serious about promoting peace over the long term on the peninsula, it would apply progressively greater pressure on North Korea to negotiate a satisfactory agreement. The probability of success might still be low, but if Pyongyang continued to resist, the United States could request that Beijing cut off aid and support for the nation most responsible for the region’s manifold tensions and instabilities.

Should China fail to act, it would be clear to Washington that the PRC planned to remain part of the problem by backing its irresponsible partner regardless of circumstance. The United States could plan accordingly. Washington’s involvement in Korea is an artifact of history, growing out of the Cold War division of the peninsula after World War II. But the global Soviet threat is gone, dramatically reducing the South’s security importance to the United States.

The North targets the United States only because American troops confront the DPRK. Otherwise, Pyongyang would have little reason to consider Washington. Best for America would be to back away from the peninsula, withdrawing U.S. forces and terminating the formal defense guarantee, leaving the South responsible for its own defense. Seoul would have an increased incentive to expand its military and work through its historical problems with Japan. Defense commitments should not act as a permanent dole for prosperous and populous states well able to protect themselves.

U.S. officials similarly should stop reaffirming America’s nuclear umbrella over the region as well. Nuclear nonproliferation in Northeast Asia has turned into an unfortunate variant of gun control at home: only the bad guys have guns—in this case, Russia, China and North Korea. Against them the United States is supposed to defend South Korea, Japan, Taiwan and who knows who else—maybe Australia? It is not in the interests of the American people to be stuck in the region’s nuclear tangle. Moreover, stepping back would be the most effective way to push Beijing into taking a more active role in discouraging a North Korean arsenal, since the PRC does not want to see a nuclear South Korea, Japan or Taiwan.

U.S. policy towards the Korean peninsula is brain-dead. The South, despite an increasingly robust international presence, remains a security welfare recipient, dependent on the American military. Washington’s approach to the DPRK fits the classic definition of insanity: do more of the same and expect a different result. U.S. officials treat Beijing as a nonentity— telling it what to do without addressing its geopolitical interests.

North Korea wants to talk. The United States should talk. Washington has little to lose. And possibly something to gain.