The Anglosphere Needs a Customs Union 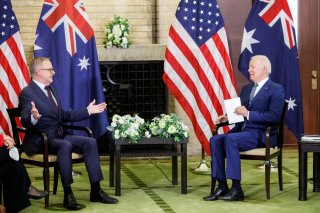 In the late nineteenth and early twentieth centuries, inspired by the German Zollverein and the vast internal market of the industrializing United States, British champions of “imperial federation” like the historian Sir John Seeley and the politician Joseph Chamberlain, among others, proposed a customs union and common market for the British islands and the “white dominions” like Canada and Australia. The strength of financial interests and free trade ideology in Britain, and the desire of the British dominions to protect their own infant industries, thwarted this scheme.

What about an Anglosphere customs union for some, though not necessarily all, strategic industries? Since the rapprochement of the United States and Britain in the face of the rising German threat in the late nineteenth century, there have been appeals for a union of Churchill’s “English-speaking peoples.” However, during and after World War II, the United States was more intent on dismantling the British and other European empires to realize the Wilsonian ideal of a single rule-governed global market that could be dominated by American exports and investment. And members of the bipartisan U.S. diplomatic establishment tended to oppose Brexit, preferring that Britain remain as a pro-American voice in the European Union (EU), otherwise dominated by France and Germany, rather than seek economic independence from the EU bureaucracy and a closer affiliation with the United States.

Support for an Anglosphere bloc today is found chiefly on the center-right in English-speaking countries. The derision of two British academics in a 2017 essay on the Anglosphere in the British Academy Review is not untypical of attitudes on the Left: “Advocates of the Anglosphere appear to blend imperial nostalgia with historical myopia in their projection of an overly positive and largely uncritical view of the legacies of the British colonial past.”

BUT QUIETLY, and with little public discussion, Congress has enlarged the definition of America’s “National Technological and Industrial Base” (NTIB) to officially include the United Kingdom, Canada, and Australia; those countries, together with New Zealand, happen to be the members of the Five Eyes intelligence-sharing partnership. In September 2021, the United States, United Kingdom, and Australia deepened their strategic partnership with the trilateral AUKUS security pact, designed to help Australia acquire nuclear submarines (and infuriating France, which had hoped to supply Australia with subs but was excluded by the “Anglophone” club).

Some of the more enthusiastic proponents of the Anglosphere propose to include India and the entire British commonwealth and anyone who speaks English anywhere. But the five “core Anglosphere” nations on their own would add up to a very impressive economic bloc indeed. Add America’s 333 million people to the United Kingdom’s 67 million, Canada’s 39 million, Australia’s 27 million, and New Zealand’s 5 million, and you get a potential common market of 471 million—larger than the post-Brexit European Union’s population of 447 million.

The most common objections to an Anglosphere customs union or common market are weaker than they may seem. It is true that the five nations have different patterns of trade. The largest trading partners of the United States are China, Mexico, Canada, Japan, and Germany, while those of Australia are China, Japan, the United States, South Korea, and Singapore. But the purpose of a strategic trading bloc would not be a modern form of autarky; it would be a common industrial policy toward selected strategic industries like microchip fabrication in which the bloc sought to combine collective self-sufficiency with economies of scale, even as it remained open to trade in many or most other industries.

Why not pursue such limited strategic autarky at the level of America’s alliance system as a whole? The answer is that coalitions with fewer members are more likely to be effective than coalitions with many. There is a reason why America’s core intelligence partnership is the Five Eyes and not the Thirty Eyes (at present there are thirty members of the NATO alliance). The attempts of the European Union to carry out a common industrial policy have yet to produce impressive results, with the exception of Airbus.

The late Robert Conquest, in his book Reflections on a Ravaged Century, proposed an Anglosphere organization that would be “weaker than a federation, but stronger than an alliance.” Conquest, a science fiction writer among other things, conceded that the idea might remain an example of “cultural and political science fiction.” But in the aftermath of the failed utopias embodied in the would-be post-Cold War global Pax Americana and European federalism, and in response to the ongoing consolidation of the Sino-Russian bloc in Cold War II, a half-billion-member Anglosphere bloc might not be so unrealistic after all.

Michael Lind is a columnist for Tablet, and a fellow at New America. He is the author of The New Class War (2020) and The American Way of Strategy (2006).