Is Annalena Baerbock Germany’s Next Chancellor? 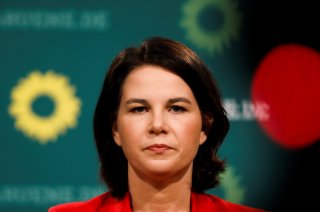 German voters will be heading to the polls on Sept. 26. With the country’s general election fast approaching, there is every chance that Annalena Baerbock could become Germany’s next chancellor at the end of Chancellor Angela Merkel’s sixteen-year premiership. For several weeks now, Baerbock’s party—the Greens—has been in first place in most opinion polls, ahead of Merkel’s CDU/CSU.

For a while, it was not clear which of their two leaders—Annalena Baerbock and Robert Habeck—the Greens would nominate for a run at the chancellorship. Then, on April 19, the group finally confirmed Annalena Baerbock as their candidate. Baerbock, who is forty, would be the youngest chancellor in the history of the Federal Republic. She would also be the most left-wing Chancellor Germany has ever seen.

She studied politics and international law and has been co-leader of Germany’s Greens since January 2018, a role she shares with Robert Habeck. The Greens see themselves as a feminist party, and this may have been the deciding factor behind why Baerbock was selected as the party’s chancellor candidate.

In the last federal elections on Sept. 24, 2017, the Greens scored just 8.9 percent of the vote, making them the smallest of the six parties in the German parliament. According to the latest polls, the Greens are set to secure between 24 and 28 percent of the vote this time around. The same poll places the CDU/CSU (the Christian Democrats, Angela Merkel’s governing party) in second place, behind the Greens, for the very first time. Of course, it is still quite possible that this will change by September.

Whatever happens, the Greens will exert a decisive influence on the policies pursued by Germany’s next federal government. After all, the only conceivable coalition governments after the September elections all involve the Greens either holding the chancellorship or at least taking a very strong second place. It could well be that Germany ends up with a left-wing government led by the Greens in coalition with the SPD and Die Linke. The latest polls suggest that these three parties together would command an overall parliamentary. The Social Democrats (SPD) have lurched sharply to the left in recent years—they have more in common with Bernie Sanders than Joe Biden. Die Linke is the latest incarnation of the former communist party that governed East Germany (after several name changes). The party is led by the Trotskyist Janine Wissler.

In another scenario, the Greens could form a coalition with the CDU/CSU. Both parties have said they are open to this idea. Less likely, but not entirely out of the question, is a federal government led by the Greens together with the SPD and the pro-market FDP.

In terms of European policy, the Greens are committed to moving beyond nation-states to establish a “Federal European Republic.” In pursuit of this final goal, the political group wants “the EU to be given an instrument to create a permanent fiscal policy of its own, the use of which cannot be blocked by individual countries in the event of a crisis.” Essentially, this would mean disempowering national parliaments and enforcing minimum wages and high social standards all across Europe.

When it comes to international relations, Baerbock wants Germany’s foreign policy to be guided almost exclusively by moral principles. Economic interests, realpolitik concerns and security policy, on the other hand, play no role whatsoever. For instance, the Greens intend to be tougher in dealing with China and Russia. But the political party is also critical of the United States and rejects the idea of spending 2 percent of Gross Domestic Product on defense.

On a domestic front, there is also the highly controversial issue of immigration. Since 2015, Annalena Baerbock has backed Angela Merkel’s open borders immigration policy. The Green Party’s election manifesto even goes as far as to advocate a “welcoming immigration policy.” And right now, the Greens are trying to kick a popular politician, Boris Palmer, the mayor of the city of Tübingen, out of the party. He has been a vocal critic of his party’s open-borders policies and Baerbock accused him of being a “racist” in recent days. Palmer responded by attacking the party for its “cancel culture.”

One of the major distinguishing features of the Greens is the way the political party remains detached from the business sector. About 44 percent of party members are civil servants or work in the public sector, and civil servants also represent the largest group among the party’s supporters. On economic policy, the Greens champion an extremely strong role for the state. As a “last resort,” they have called for real estate companies to be nationalized. In the German capital, Berlin, the Greens are actively supporting an initiative to nationalize housing companies that own more than three thousand rental apartments.

Then there is the wealth tax, which was abolished in Germany in 1997. The Greens want to reintroduce it on assets of €2 million or more. Top earners would also be required to pay more than 50 percent income tax. On such issues, the political party shares a lot of ground with the SPD and Die Linke, which have thrown their support behind calls for the reintroduction of the wealth tax and for significant income tax hikes. If Die Linke had its way, then the top income tax rate would be raised as high as 75 percent. Entrepreneurs, in particular, have been unsettled by the prospects of a tripartite left-wing government, and many are already considering leaving Germany if that is what Germany ends up with.

Annalena Baerbock is currently benefiting from the fact that the media—especially Germany’s television broadcasters—appear to be sympathetic to her. Many journalists seem to have an inherent affinity for her party. The quasi-state TV stations, ARD and ZDF, have done nothing to hide their bias. Just the other day, a conservative journalist inquired as to whether the TV and radio license fees (€8 billion per year), which all Germans are required to pay, could not be classified as tax-deductible political donations to the Greens. Some observers have even claimed that Merkel would rather see Baerbock succeed her as chancellor than a man from her own party.