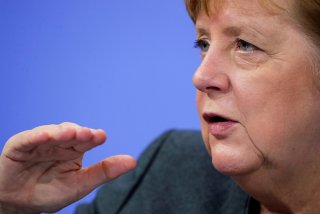 German voters will decide on the succession of Chancellor Angela Merkel on Sept. 26, 2021. Some sixty-two million eligible voters will elect 709 members of the federal parliament (Deutscher Bundestag) who in turn will select the next chancellor.

In October 2018, Merkel issued a surprise statement of resignation from political life. The chancellor relinquished leadership of the Christian Democratic Union (CDU), the political party she had chaired since 2000. Merkel also committed to not seek reelection upon the conclusion of her fourth term as chancellor at the end of 2021. Both statements effectively ended Merkel's political career after her sixteen-year reign as chancellor. Who will be her likely heir, as chair of the CDU and German chancellor?

Germany’s complex multiparty system calls for coalition governments. It is unrealistic for any party to achieve the absolute majority of parliamentary seats. In the early decades of the Federal Republic, two large “Volksparteien” (all-inclusive people’s parties) dominated politics: the CDU and Social Democratic Party (SPD). Political lions like Konrad Adenauer and Helmut Kohl personified the CDU, within the SPD historic icons like Willy Brandt and Helmut Schmidt shaped West Germany well into the 1980s.

Today’s German party lineup has fundamentally changed. In the current Bundestag, six parties compete for votes. The only “Volkspartei” left is the CDU which currently attracts some 35 percent of the German votes. The SPD has shrunk to a mere 15 percent while the Greens represent some 20 percent of the German electorate. The extreme rightwing Alternative fuer Deutschland (AfD) has lost some following yet still can count on some 10 percent support. Chances are that the CDU/CSU (the CSU as a sister party is present only in the state of Bavaria), which is by far the largest party, will join the next coalition government. Additionally, the next chancellor is likely to be someone from within the CDU/CSU camp. Traditionally, the party chair of the CDU automatically qualifies as a candidate for the chancellorship, notwithstanding the few exceptions in the past when the CSU prevailed and nominated its candidate.

Obviously, the result of the recent CDU party convention carries relevance beyond Germany.  For the first time ever a German party convention with leadership elections was conducted virtually. All worked out extremely well, without any technical glitch, and the defense against all hacker attacks proved effective. Out of 1001 CDU “online” delegates, 521 cast their final vote for Armin Laschet and 466 for Friedrich Merz. A third candidate, Norbert Roettgen, was eliminated after the first vote. All three candidates had jointly toured Germany for several months and had presented and discussed their respective political portfolios in front of many CDU rank and file gatherings. The vetting was transparent and welcomed by everybody.

Laschet, who is fifty-nine years old, has been the minister president of Germany’s most populous state of North Rhine-Westphalia since 2017. He stands for a centrist political course with a willingness to outreach and compromise. Also, he shows empathy for social concerns. His critics label him as perpetuating Merkel’s failed policies. Team Merkel had pulled out all the stops leading up to the CDU convention—to support behind the scenes Laschet’s candidacy as the new CDU party chairman. He succeeded, now what? Armin Laschet for chancellor? Well, not so fast.

When in March 2020 the outbreak of the coronavirus fully hit the conscientiousness of the German people, their psyche collapsed to an all-time low. Only 24 percent of Germans maintained any optimism for their collective future, less than after 9/11 or during the financial crash in 2008. Most Germans in March 2020 perceived their future as grim as they did in 1949.

But the coronavirus also proved the old political rule of thumb valid: in a severe national crisis the political executive can “win big.” Supporters and cynics alike observed that the pandemic also generated a second “political wind” for Merkel. The German leader’s personal approval rating has soared to over 70 percent in recent months, largely thanks to her calm yet decisive handling of the coronavirus pandemic, up from the mid-50 percent approval rating a year ago.

While the liberal political establishment in the United States was still hailing Merkel as the outstanding leader and defender of the rules-based international order (see honorary degree for Merkel at Harvard University in May 2019), an increasing number of Germans were less than impressed by their Chancellor’s performance. Yet, she still topped the Forbes list of the World’s Most Powerful Women in 2018.

While Merkel was admired internationally, her CDU/CSU suffered a series of election losses in 2017–18, and the internal opposition against Merkel gained momentum. In particular, her alleged overly generous acceptance of more than a million refugees in 2015 mobilized resistance and triggered defections from the CDU. Over the past decade, the CDU has lost one-third of its members down to about four hundred thousand today. In particular, in the eastern states of Germany Merkel’s generous approach to immigration fueled dissent and contributed significantly to the growth of the AfD at the political fringe.

But in the western states as well support for Merkel’s leadership of the CDU and her conduct as chancellor lost considerable steam. Bitter recriminations about Merkel’s refugee policies almost destroyed the alliance between CDU and CSU. Equally important, prominent CDU office holders complained about the lack of clear economic policies and incentives for economic growth and innovation. The business community felt overburdened, and not only experts called for a more disciplined expansion of Germany’s social net and entitlements. Many experts still view Merkel’s change of course towards an alternative energy infrastructure as unrealistic and economically detrimental. Merkel’s critics have complained that the CDU had lost its soul sacrificed supporters on the center-right—all as a result of the chancellor’s overly opportunistic ambition to seize substantial policy positions on the left and within the green spectrum.

Today’s CDU is deeply divided. The Anti-Merkel candidate was Merz, a sixty-five-year-old assertive former member of parliament with both domestic and international business experience. For many years, Merz was at the helm of Atlantikbruecke—the German non-profit NGO fostering close transatlantic relations. Merz lost last weekend by a mere fifty-five votes against Laschet. Whether Merz, whose acid tongue has not always helped him, will be allowed to contribute his issues and positions into the new CDU in a relevant way, remains to be seen. Laschet’s concluding comment at the party convention: “We will meet and jointly review how to best include Merz into our joint work.”

Laschet’s political profile is shaped by domestic issues. Fluent in French, trained as a jurist and later journalist, he was born near the city of Aachen close to the Belgium and Dutch borders. He proudly talks about his father working as a coal miner. Culturally he is deeply rooted in the Rhineland region including its carnival tradition. His commitment to the idea of deeper European cooperation and solidarity is beyond doubt.

Laschet’s immediate challenges are at least threefold. First, he must manage the pandemic in his state of Northrhine-Westfalia. Initially, Laschet’s response to the pandemic raised some questions about his judgment. Though North Rhine-Westphalia was among the hardest-hit regions in Germany, he was reluctant to impose restrictions on the population to halt the spread of the virus. Second, he must reconcile the division within the CDU and to integrate the center-right wing represented by Merz. Thirdly, he must protect the CDU against election losses in two upcoming state elections (Baden-Wuerttemberg and Rhineland-Palatinate) on March 14. In total, a huge workload has been cut out for CDU chairman and Laschet—and time is precious.

Unless Laschet can master his challenges, his ambition to become the candidate for the chancellorship of the CDU/CSU for this fall’s federal election may well evaporate. His potential rival is Markus Soeder, the strong leader of Bavaria’s CSU and minister president. Next to Merkel, he has dominated the public debate about the fight against the coronavirus. His decisive leadership of the government in Bavaria is recognized even among his political opponents. His political ambition is beyond doubt. As of today, 54 percent of Germans believe in Markus Soeder as the best-qualified politician to be the next German chancellor. In the same poll, Laschet only scores 24 percent.

Both Laschet and Soeder agreed to not rush it. They will meet only after the Easter holidays to jointly decide who would be the best candidate for the chancellorship. Laschet invites observers to underestimate him, very similar to the original sentiments about Helmut Kohl, who later served as German chancellor for sixteen years.

Incidentally, both Laschet and Soeder have made it abundantly clear that there will never be any cooperation let alone coalition with the right-wing extremist AfD.