Are Iran and Turkey on a Collision Course in Iraq? 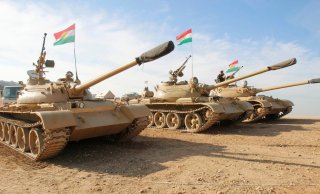 Over the past several weeks, Iraq has become a major point of friction between Iran and Turkey. On February 27, Iranian Ambassador to Iraq Iraj Masjedi criticized Turkey’s military intervention in Iraq, calling on Ankara to withdraw its troops from Iraq. “We do not accept at all, be it Turkey or any other country, to intervene in Iraq militarily or advance or have a military presence in Iraq,” Masjedi said in an interview with Kurdish outlet Rudaw. He further emphasized that “the security of Iraq should be maintained by Iraqis.” Turkey’s envoy to Iraq Fatih Yıldız hit back on Twitter, saying that his Iranian counterpart “would be the last person to lecture Turkey about respecting borders of Iraq.” Following the quarrel, Tehran and Ankara summoned each other’s ambassadors to formally express their grievances.

The diplomatic row came amid an increased Turkish military presence in northern Iraq with the pretext of fighting against Kurdish militants belonging to the Kurdistan Workers’ Party (PKK). The group is a designated terrorist organization in Turkey and several other countries. On February 10, Ankara conducted a military operation in the Gara Mountains of Iraq’s Duhok province to free a number of Turkish hostages held by the PKK. After the operation failed to achieve the designated goal and thirteen hostages were killed, Turkish President Recep Tayyip Erdogan threatened that Turkey would expand its anti-PKK campaign to Sinjar, a strategic region located on Iraq’s border with Syria.

Following Erdogan’s threat to invade Sinjar, Iran-baked Popular Mobilization Forces (PMF) of Iraq deployed thousands of troops in three brigades to Sinjar to counter what they perceive as Ankara’s intention to occupy parts of their country. The move was widely seen by Turkish media as the PMF coming to the PKK’s rescue and an indication of Iran’s support for the Kurdish militants. As such, one might argue that divergent Iranian and Turkish approaches toward the Kurdish militants in Iraq are the main factor behind the recent tensions. However, such an argument would ignore the fact that as recently as June 2020, Tehran and Ankara launched simultaneous air and artillery strikes against Kurdish insurgents in northern Iraq, sparking speculations that they have coordinated their military moves in the Arab country. What has changed in less than a year that has prompted contention between the two sides over—apparently—the same issue?

In the big picture, friction between Tehran and Ankara in Iraq is rooted in balance-of-power considerations and their quest for greater influence. Over the past couple of years, Iranian leaders have been under the impression that their influence in Iraq is declining and an anti-Iranian atmosphere is dominating the Arab country. Widespread public protests in Iraq in late 2019 against Iran’s role was the first major sign of this downward spiral and the assassination of Iran’s Quds Force Commander Maj. Gen. Qassem Soleimani dealt the most severe blow to Tehran’s influence.

To exacerbate the problems even further, in May 2020, Iran-backed Prime Minister Adil Abdul-Mahdi was replaced with Mustafa Al-Kadhimi, a more independent Iraqi politician who is trying to maintain a balanced relationship with Iran and Iraq’s other neighbors, including Saudi Arabia and Turkey. By then, Ankara had already reached an agreement with Baghdad and the Kurdistan Regional Government (KRG) in Erbil to purge the PKK in Sinjar. Iran’s exclusion from the trilateral agreement made it suspicious of Turkey’s plans for Iraq. Tehran is especially worried that Ankara might use its anti-Kurdish campaign to establish a long-term military presence in Sinjar, as it previously did in northern Syria and Iraq’s Dohuk province. Considering Iraq and Syria are the main constituents of its “strategic depth,” Iran has a zero-sum approach to these countries. This means that Tehran is basically unwilling to share its perceived sphere of strategic influence with rivals unless they could build on rapidly changing power equations to impose themselves on the ground, like the case of the U.S. military presence in Iraq or the Turkish occupation of northern Syria.

Yet this is not the whole story. Turkey is also Iran’s main economic competitor in the Iraqi market. In 2019, Turkey exported $10.2 billion worth of goods to Iraq, slightly surpassing Iran’s $9.6 billion export over the same period. Turkish companies have also invested about $25 billion in nine hundred construction and infrastructural projects – including energy, water, and petrochemical industries—in various Iraqi cities. There’s also growing competition between Tehran and Ankara in Iraq’s electricity industry, which used to be dominated by Iranian companies. Besides, Turkey considers its geographical location at the juncture of Eastern Europe and West Asia as a unique geo-economic advantage, increasingly seeking to monopolize transit routes in the neighboring areas. In this vein, through expanding economic ties with Iraq, Turkey wants to block Iran’s potential energy transit to Europe via Iraq and Syria, become the main hub for energy exports to Europe, and open a southward corridor to Jordan and Saudi Arabia to transit Turkish and European goods to the Arab markets of the Persian Gulf.

As such, although the two non-Arab regional powers have historically tried to define their interests and zones of influence in the Arab world in a way to avoid friction and direct rivalry, when it comes to Syria and Iraq, their long-term interests are basically in conflict with each other. Meanwhile, following the rise of anti-Iran sentiments in Iraq and Soleimani’s assassination, Turkish leaders might have concluded that the time is ripe for rolling back Iranian influence and restoring what they perceive as Turkey’s historical role in Iraq. That said, Turkey does not appear to be seeking confrontation with Iran in Iraq but rather is looking to exploit the country’s current power vacuum to strengthen its strategic leverage over its southern neighbors in the long run.

Ankara’s unwillingness to confront Tehran in or over Iraq notwithstanding, the current trajectory involves the risk of an unwanted clash. If Syria is any example, unrelenting Iranian and Turkish approaches toward their actual or perceived zones of influence could easily lead to an escalation, should one of the parties decide to challenge the other’s interests. In February 2020, Iran and Turkey were on the verge of a direct confrontation in Idlib, after the Iran-backed militias were for the first time deployed to the northwestern Syrian province to participate in the fight against Turkish-backed rebels. If a potential Turkish campaign in Sinjar results in a confrontation between Turkey and Iran-backed PMF groups, it’s hard to assume that Iran will sit idly by and let the Turks go ahead as they want. As such, although Tehran shares Ankara’s concerns over Kurdish insurgency in northern Iraq, its fears over the long-term implications of an extended Turkish military campaign has put the two sides at odds over the situation in Sinjar.

Vali Golmohammadi, Ph.D., is an assistant professor of International Relations at Tarbiat Modares University in Tehran and a former visiting scholar at Bilkent University in Ankara. He is also a senior fellow at the Center for Middle East Strategic Studies (CMESS). On Twitter: @VGolmohammadi

What Does Turkey Want From Iraqi Kurdistan?