Are the Senkaku Islands Worth War Between China, Japan and America? 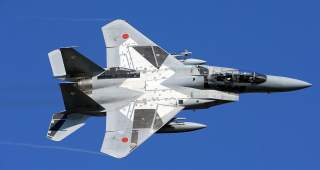 Big wars sometimes start over small stakes. For instance, Germany’s “Iron Chancellor,” Otto von Bismarck, presciently warned that a European war would begin as a result of “some damned foolish thing in the Balkans.” Soon, a royal assassination spawned World War I, which spread conflict around the globe.

National insults, trade opportunities and territorial claims also resulted in their share of stupid, counterproductive conflicts. The assertive young American republic threatened Great Britain with war over the Canadian border and launched an invasion to vindicate its dubious territorial claims against Mexico. A few decades later, the slightly more mature United States fought a lengthy counterinsurgency campaign against independence-minded Filipinos to preserve its territorial booty from the Spanish-American War.

Alliances sometimes accelerate the race to war. Assured of the support of Russia and Germany, respectively, Serbia and the Austro-Hungarian Empire were recklessly intransigent in summer 1914. Greater flexibility might not have prevented the conflict, but alliance-backed inflexibility ensured war.

History illustrates the dangers posed by the Asia-Pacific’s many territorial squabbles. None of the contested claims is worth a fight, let alone a great-power conflict. Yet they could become a spark like that in Sarajevo a century ago. Defense Secretary Jim Mattis increased the danger on his recent trip to Japan when he “reassured” the Abe government that Washington, DC was firmly in its corner.

The Senkaku Islands—called the Diaoyus by China—are uninhabited rocks of limited intrinsic value. However, they confer ocean and seabed control and corresponding fishing, navigation and hydrocarbon benefits. Nationalist sentiments loom equally large. The islands are controlled by Tokyo but also claimed by the People’s Republic of China. Beijing’s case is serious—better, in my view, than its less credible South China Sea claims—but Japan insists that there is no issue to discuss.

That leaves the PRC with little choice but to adopt more confrontational tactics to assert its “rights.” Tokyo took direct control of the Senkaku Islands in 2012 to forestall their use by nationalists for protests, which heightened tensions. The following year, China declared an Air Defense Identification Zone over the islands, though so far the ADIZ has more symbolic than real. The PRC also has engaged in fishing and oil exploration in nearby waters, sending in coast guard ships to defend Chinese operations.

Japan felt secure in its intransigence after winning the Obama administration’s commitment that the “mutual” defense treaty between the two nations covered territory administered by the central government, even if claimed by other states. Secretary Mattis was equally explicit. He affirmed not only Washington’s support for Japan’s defense, but also stated, “I made clear that our longstanding policy on the Senkaku Islands stands. The United States will continue to recognize Japanese administration of the islands, and as such Article 5 of the U.S.-Japan Security Treaty applies.” In other words, America will defend Tokyo’s contested claim.

The PRC responded sharply. The United States should “avoid making the issue more complicated and bringing instability to the regional situation,” Chinese foreign ministry spokesman Lu Kang said. Indeed, he explained, the U.S.-Japan security treaty is “a product of the Cold War, which should not impair China’s territorial sovereignty and legitimate rights.”

Adding to the combustible atmosphere is the apparent belief—of at least some officials on both sides—that war is inevitable. For instance, less than a year ago Trump strategist Steve Bannon expressed “no doubt” that “we’re going to war in the South China Sea in five to ten years.” He complained that the Chinese are “taking their sandbars and making basically stationary aircraft carriers and putting missiles on those.” While the Senkaku Islands are not part of the South China Sea, the same principles apply.

War sounded almost close at Secretary of State Rex Tillerson’s confirmation hearing. He insisted: “We’re going to have to send China a clear signal that, first, the island-building stops and, second, your access to those islands also is not going to be allowed.” Using force to do so would be an act of war against any country, including America.

Chinese responded accordingly. The People’s Liberation Army website quoted one senior officer as stating: “A ‘war within the president’s term’ or ‘war breaking out tonight’ are not just slogans, they are becoming a practical reality.” He called for increased military deployments in the region.

The political leadership is less transparent about its views—the residents of Zhongnanhai don’t typically appear on radio shows. However, Ian Bremmer of the Eurasia Group opined that “the Chinese government is quite concerned about the potential for direct confrontation with the Trump administration.” Although President Xi Jinping appears reasonably pragmatic while ruthlessly repressive, he isn’t likely to abandon what he sees as “core” Chinese interests. Moreover, nationalists and unreconstructed leftists, though differing on economic policy, share a distrust of the United States.

A mutual belief in inevitable conflict could become reality. Before World War I, a number of high-ranking European officials believed that war was coming. For them, it made sense to accept, even embrace, the onset of the conflict in August 1914 and strike while victory still remained possible.

In the case of China versus the United States, such shared sentiment may accelerate military spending. The Trump administration is demanding increased outlays despite the lack of any serious threat to vital U.S. interests. Rather, the expanded force is to enhance America’s ability to intervene against other nations, particularly China.

This gives the PRC an even greater incentive to respond, since the United States is challenging what it views (and America would view, if the situation was reversed) as “core” national interests. As the United States increases military deployments in the region, so will the PRC. After Mattis’ visit, China sent three warships near the Senkaku Islands. The risks of a violent clash will rise accordingly.

Some Washington officials might be tempted to advocate a more aggressive approach today, while the PRC is weaker and America is wealthier, backed by numerous allies and able to deploy a more powerful military. In this view, let the inevitable showdown come sooner rather than later.

Alas, that could become a prescription for years if not decades of conflict. America has a vital interest in protecting its own territory, population, and constitutional and economic systems. But China threatens none of them. The United States has important interests in the independence of its allies and freedom of navigation in the Asia-Pacific region. So far, the PRC has not challenged either of those things.

Washington understandably views its dominance of East Asia up to China’s borders as an advantage. But it is far less important than protecting America’s own security. Such control is not even necessary for preserving navigational freedom and allied security. More important, U.S. policy conflicts with what Beijing views as its “core” interests. Imagine Washington’s reaction if China attempted to maintain a similar position along the eastern seaboard and in the Caribbean. Nor does the presumption that America could defeat the PRC offer much comfort. The price would be high. China can build missiles and submarines faster than the United States can construct aircraft carriers. The Chinese people would be more committed to a fight if it is seen as protecting their homeland—more so than Americans would be prone to getting involved in a faraway conflict that hampers Washington’s will.

Additionally, the United States count on support from allies not directly affected. Would Australia and South Korea risk the long-term hostility of China, which will be in their next-door neighbor forever? Indeed, Japan made clear that it would not join the United States’ “freedom of navigation operations” in the South China Sea. Explained Japanese defense minister Tomomi Inada: “I told Secretary Mattis that Japan supports the U.S. military’s freedom of navigation operation in the sea. But the [Self Defense Force] will not be sent to the area.” Inada clearly means “supports” in quotation marks.

Finally, an American “victory” almost certainly would guarantee long-term hostility and future conflict. It took two world wars to determine Germany’s place in the global order. And it took “only” two because, after the second one, Germany ended up divided and well behind the United States and Soviet Union. While the PRC’s collapse as a country is possible, it is unlikely. In fact, military defeat might spur nationalist rage and result in greater centralization.

The Communist regime could fall. But that probably would spawn an authoritarian government rather than a democracy. And any democracy is more likely to be nationalist/populist than liberal. Whether the almost inevitable “Second Sino-American War” likely would turn out in Washington’s favor is less clear. There could be a third one as well, if China rebounded. The United States might find that just as battles can be pyrrhic, so can wars. It’s an experience America should avoid.

U.S. officials have good reason to remind China of the costs of conflict and the importance of settling even contentious territorial disputes peacefully. At the same time, however, the Trump administration should avoid issuing blank checks to allies seeming to exempt them from having to deal with, and even discuss, those same territorial challenges. Sometimes blank checks get cashed with disastrous consequences, like Imperial Germany’s support for the Austro-Hungarian Empire, which sped Europe’s plunge into the World War I abyss.