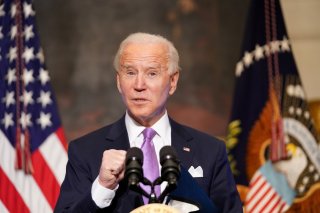 It was no accident that Russian president Vladimir Putin dragged his heels about acknowledging Joe Biden’s victory against Donald Trump. During the campaign, Biden repeatedly voiced his disdain for what he depicted as Trump’s truckling to the Kremlin and declared that he would pursue a tougher policy. His first phone call with Putin today, however, suggests that he will be more successful in dealing with Russia than his predecessor. Indeed, Biden is likely to follow a more nuanced course than his campaign rhetoric might have indicated.

He will not be the first or the last president to do that. Once in office, candidates tend to morph, following a more emollient course toward America’s adversaries than they previously enunciated on the hustings. Richard M. Nixon, who had, among other things, decried Secretary of State Dean Acheson in the 1950s for his “college of cowardly communist containment,” sought détente with China and Russia. Ronald Reagan, who denounced Nixon and Henry Kissinger for what he deemed their appeasement policies that would lead to American surrender in the Cold War, embraced Mikhail M. Gorbachev. Today, for Biden, the temptation to improve relations with Russia seems obvious.

The proximate cause for Biden’s phone call was the looming expiration of the New START Treaty with Russia. Putin press spokesman Dmitry Peskov has already indicated that the Kremlin wants to reach a deal with Biden that leads to a five-year extension of the treaty. Biden made it clear during the campaign that he is focused on ensuring that a new nuclear arms race does not develop between Moscow and Washington, a traditional staple of the Democratic foreign policy platform. On Monday, Biden explained, “I find that we can both operate in the mutual self-interest of our countries, as a new START agreement, and make it clear to Russia that we are very concerned about their behavior, whether it’s Navalny, whether it’s the Solar Winds or whether it’s reports of bounties on the heads of Americans in Afghanistan.”

But an arms-control agreement could be the first step toward a relationship that while far from friendly is less frosty than what transpired during the Trump presidency. For all his attempts at personal bonhomie with Putin, Trump was unable to improve relations with Moscow, whether in the economic or political spheres. With his fitful attention to foreign affairs, Trump was unable to reach a modus vivendi with Russia, for example, in Ukraine. Instead, he sent weapons to the war-torn country after President Barack Obama refused to do so and he implemented increased sanctions on Russia.

If Biden wants to be a transformative president in both domestic and foreign policy, he will seize the opportunity to thaw the currently gelid relations with Moscow. It would not be surprising if he pushes for a summit meeting with Putin in Europe this year. The upsides are clear. Dealing with Russia would allow him to focus on the competition with China, attenuate the threat to NATO, and reach a real resolution on Ukraine. Anyway, Biden, who has a heavy lift at home in reviving a battered economy, is hardly eager to stumble into a fresh foreign policy crisis with Russia.

A single phone call will hardly suffice to ease relations between two powers that have been locked in confrontation. Biden did not roll over during the call, reaffirming his “firm support for Ukraine’s sovereignty,” raising the matter of Alexei Navalny’s imprisonment, and condemning the SolarWinds hack on the federal government. Perhaps he may come to conclude that a more radical change is necessary.

For now, Biden has it right in refusing to call for a “reset” in relations. Instead of spouting slogans about reviving ties between Russia and America, he is better advised to seek incremental change. Unlike Trump, who was hobbled from the outset by suspicion about his tenebrous ties to Russia, Biden has a lot of maneuvering room. He should use it.